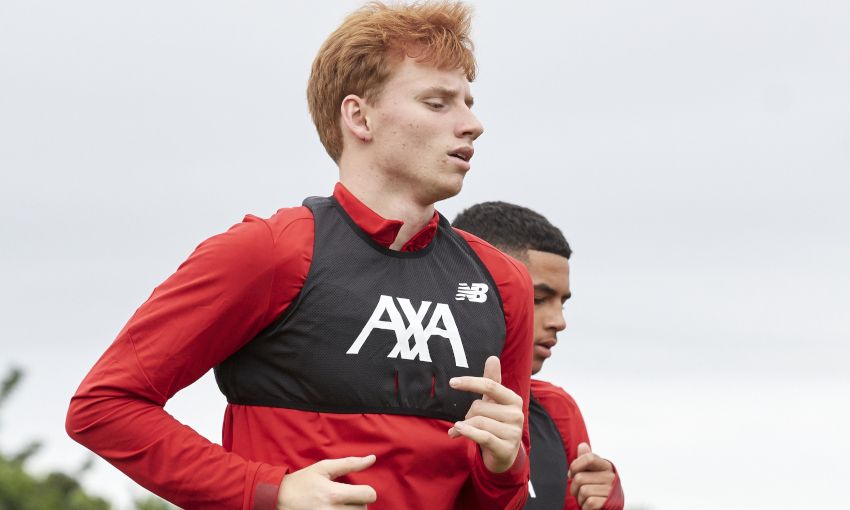 Sepp van den Berg has revealed how the welcome he received from his new teammates and staff at Melwood on Saturday helped him overcome any first-day nerves he had.

The 17-year-old, who finalised a move from PEC Zwolle last month, was a fresh face among the 16 players that reported to Liverpool’s training ground as pre-season preparations got under way.

Van den Berg met his fellow Reds for the first time, as well as the club’s backroom team and Jürgen Klopp, before taking part in the day’s workouts.

Reflecting on the day, Van den Berg told Liverpoolfc.com: “It’s been great. When I walked in, I was quite nervous, but I talked to the players and the staff and I feel at home. It feels good.

“Everybody has been really nice to me, they all said ‘hi’ and helped me if I had any questions, so it feels a really nice place.

“Jürgen came to me when I walked in, too, so I’m really excited.”

A clip of Van den Berg’s meeting with Klopp was published on the club’s official social media accounts, receiving a positive reaction from supporters.

He joked: “I saw it on my phone! Already viral!

“I’d only seen him on TV only when I was sat at home, so seeing him in real life… I think everybody could see I was nervous, but he is a really nice guy. I feel really comfortable with him.”

“It was tough,” the defender admitted. “The first day of pre-season was a little easier where I came from, but it’s good. Tough, but very good.

“I feel great. As I said, I already feel really at home here and that’s a big thing for me. I am just looking forward; I am going to train hard and hopefully I will play some minutes here.”