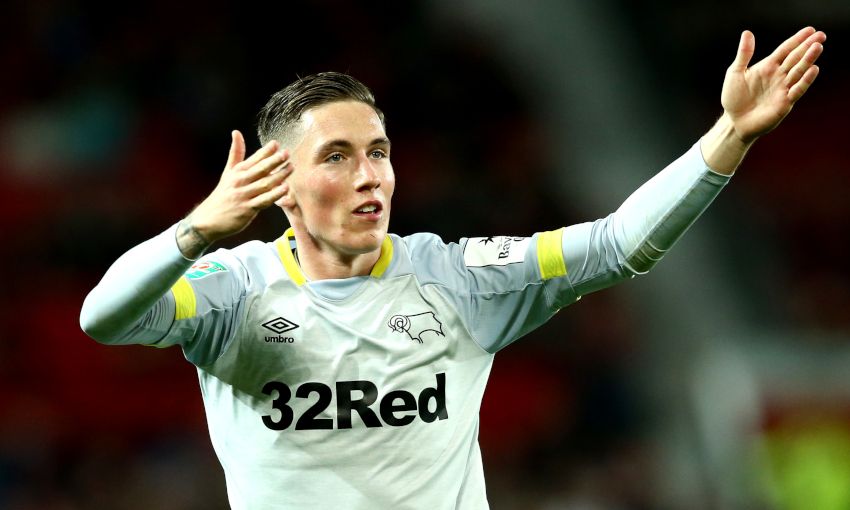 Harry Wilson scored twice for Derby County on Saturday to take his season tally to 14 goals in all competitions.

The on-loan Liverpool winger was on target with a clinical, low drive in the first half and a composed finish after the break as the Rams were held to a 3-3 draw by Brentford in the Championship.

“It has been a while,” he told RamsTV.

“Since the turn of the year I’ve only got one, so I’ve been desperate to try to get on the scoresheet and assist a few more as well.

“But as long as the team is winning, like last week, if I’m not scoring or assisting but I’m on the winning team, I’m happy.”

Marko Grujic was also among the goals on Saturday, his fourth of the season drawing Hertha BSC level in their Bundesliga meeting with Fortuna Dusseldorf.

It was to prove only consolation, however, as the visitors struck again after the interval to claim a 2-1 victory at the Olympiastadion.

There was disappointment for right-back Nathaniel Clyne, too – he played the first half of Bournemouth’s 3-1 home defeat by Burnley in the Premier League.

Ovie Ejaria created the opening goal for Reading at Hull City and featured for the whole of the Championship clash his side eventually lost 3-1.

In the Scottish Premiership, Liam Millar was sent on in the 70th minute of Kilmarnock’s 2-0 home victory over St. Johnstone.

Allan Rodrigues de Souza was a 56th-minute substitute for Fluminense in their Campeonato Carioca tie with Flamengo, which ended 1-1.

And, on Friday night, goalkeeper Kamil Grabara registered a clean sheet for AGF Aarhus in their 3-0 Danish Superliga win against AC Horsens.