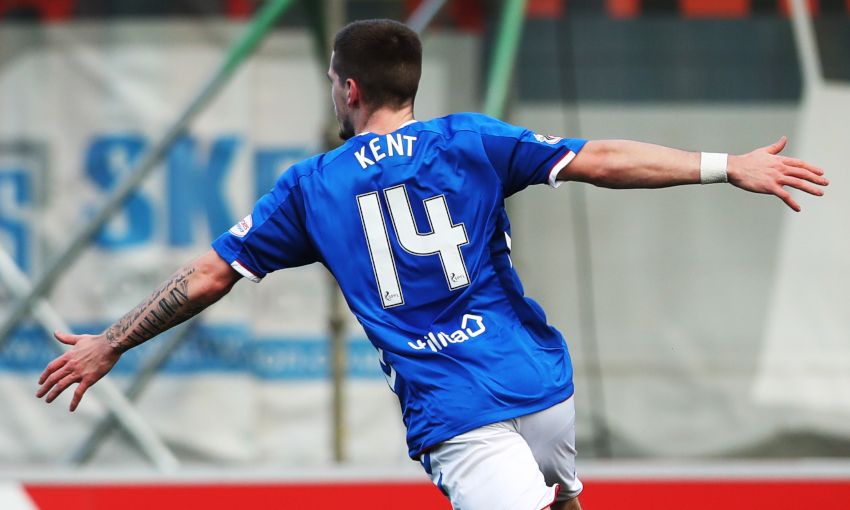 Steven Gerrard has pledged he will 'keep pushing' Ryan Kent after the on-loan Liverpool winger produced another Man of the Match performance for Glasgow Rangers on Saturday.

The 22-year-old scored his fifth goal of the campaign for the Scottish Premiership side to wrap up a 4-0 victory over St. Mirren.

Reds legend and Rangers boss Gerrard declared his satisfaction with Kent’s latest display post-match but insisted the forward can further increase his contribution.

“He’s been excellent for us,” Gerrard told RangersTV. “He’s in good form, he’s happy but I’m going to keep pushing him because I want him to be hungrier to score more goals and I want him to keep being hungry to improve his numbers.

“He could have got two goals, maybe three, so it was a good performance and I think he’s got Man of the Match, but for me it’s my job to push him and that’s what I’ll do.”

Elsewhere in the Scottish Premiership, Academy striker Liam Millar made his first appearance for Kilmarnock; he played the last 12 minutes of a 2-1 defeat by Hearts.

Nathaniel Clyne played the whole game as Bournemouth were beaten 2-0 by Cardiff City in the Premier League on Saturday evening.

In the Championship, Harry Wilson and Ovie Ejaria each featured for 90 minutes in goalless draws for Derby County and Reading respectively, while Herbie Kane was in League One action as Doncaster Rovers drew 1-1 at Portsmouth.

Midfielder Marko Grujic was involved throughout a 1-0 Bundesliga defeat for Hertha BSC at home to Wolfsburg.

And goalkeeper Loris Karius’ Besiktas racked up a 6-2 win at Antalyaspor in the Turkish Super Lig.