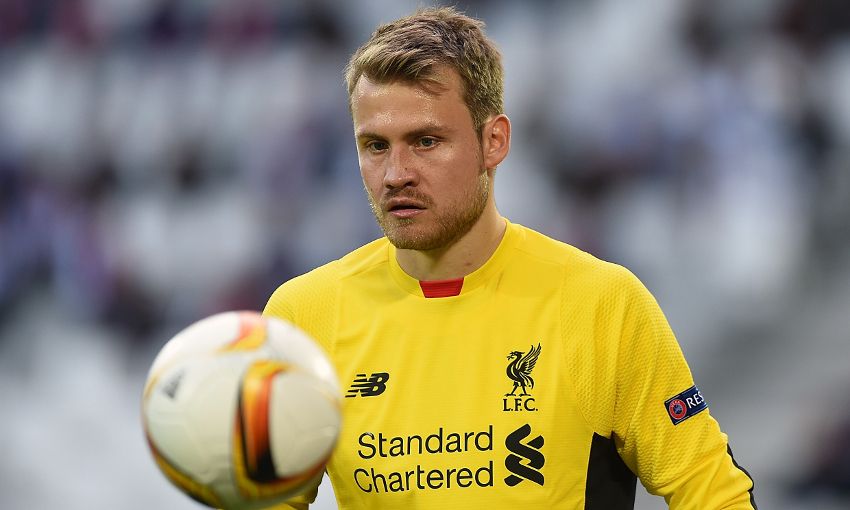 Simon Mignolet has called for his teammates to rediscover their 'killer' instinct in front of goal to ensure there are no repeats of Thursday evening's Europa League frustration.

Goals from Adam Lallana and Ebenezer Assifuah ensured it ended honours even in the Reds' clash with FC Sion, but it was the hosts who were the dominant force in a one-sided Anfield affair.

A number of presentable chances were carved out by Brendan Rodgers' side, particularly in the aftermath of the Swiss visitors' equaliser, but all went begging as the opportunity to earn a first win of the 2015-16 European campaign was spurned.

And Mignolet believes Liverpool's inability to land the significant psychological blow of extending a one-goal lead to a more comfortable advantage cost them.

"When you play at home in the Europa League you want to win the game and I think we started really well, getting in front," he told Liverpoolfc.com.

"But unfortunately we [conceded] on the counterattack. With our threat, we created a lot of chances, unfortunately we didn't manage to score the second goal that would've given us the victory we wanted.

"We have to be killers, kill the game off. If you score a second time then they go down and it's very difficult to come back from that.

"But we learn from that and take it into the next few games."

The Belgian goalkeeper also conceded that the Reds must compensate for dropped points at home by picking up victories on the road in the coming Europa League games.

"You want to win your home games, it's the most important thing, and we didn't manage to do that today," he added.

"But we'll have to pick up some points along the way away from home.

"We're still second in the group and we want to get through, so the next few games will be important and hopefully we can get some wins on the board."

Liverpool have the chance to ensure European disappointments are quickly forgotten when they face Everton in the Merseyside Derby on Sunday.

Mignolet is relishing the fixture against the Toffees and believes a win at Goodison Park would be the perfect tonic for the Reds.

"We can bounce back immediately, we've got a great game to look forward to," the 27-year-old enthused.

"Everyone knows it's a Merseyside derby on Sunday so we'll recover well after this game and make sure we're ready for kick-off time.

"If we can get a good result and the three points we'll be back where we want to be, so everybody will be focused."