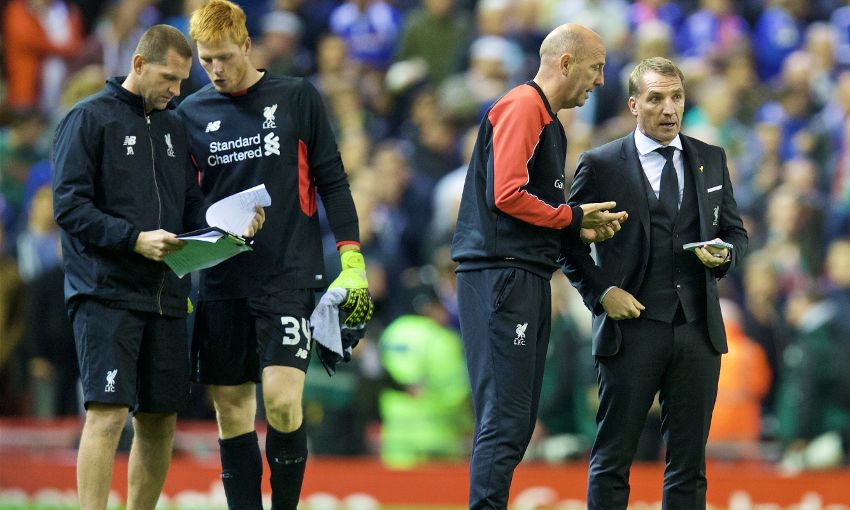 Gary McAllister admits Liverpool felt a degree of 'relief' after edging past Carlisle United in the Capital One Cup but the first-team coach remains certain that performances will improve as the season progresses.

The Reds needed a penalty shootout to see off their League Two opponents, who defended doggedly despite the hosts laying siege to their goal after Danny Ings' opener was cancelled out by Derek Asamoah in the first half.

The visiting fans will have hoped for a dream result when the game went to spot-kicks after a goalless period of extra-time at Anfield, but Adam Bogdan saved three penalties to send the hosts into the fourth round.

And although McAllister was pleased to see the team eventually progress, he underlined the importance of building on a positive result by putting in performances to match in the future.

"We’re delighted with the result. There were big sighs of relief in that dressing room and the players are extremely happy," he told reporters in the post-match press conference.

"Of course, we’d have liked to have won the game within 90 minutes in normal time.

"I thought we started the game well, passed it well and had a wee bit of rhythm to our play, but I thought then losing Roberto Firmino set us back a touch.

"Again, there were flashes, but we’re not up to the speed we’re looking at or the passing game we’re striving to perform.

"It's a good night in that we're through to the next round, but we want to perform better and that's what we're striving to do. We want to get that rhythm going which has been seen here in the past with the major part of this group of players.

"And it will get better. The feeling is that we're working hard in training, we'll persevere, and we'll try to win games and perform well.

"When it comes to a penalty shootout, and I've been involved in them, there's that coming together with the players in the middle of the pitch, they step forward and we've got through.

"We've shown a bit of character and I'm delighted for Adam Bogdan, he's made the saves to get us through, so maybe this is one of those little things that can bring us together as we look forward to the weekend."

Brendan Rodgers' side took 47 shots over the course of 120 minutes but only found the back of the net once through Ings' header.

However, McAllister was pleased to see the players taking the responsibility to shoot at goal, despite conceding that their accuracy could use some work.

"That’s what we will look at," he continued.

"The positives are we’re through to the next round and we had around 50 shots at goal.

"We’ve been asking the players to step forward and take a wee bit more responsibility, putting themselves forward to take on a shot, and we had that tonight.

"We just didn’t worry the ‘keeper enough. The players have got to trust themselves.

"The fact is they kept trying and no-one shied away from it.

"In the past couple of seasons, there might have been a criticism that Liverpool have tried to score the perfect goal and put together too many passes, but the fact is tonight we did step forward and had a few cracks at goal.”

The Scot also offered an update on the fitness of both Roberto Firmino and Dejan Lovren, who were both forced off due to injury during the tie.

"[Lovren]’s landed awkwardly. It didn’t look too good as he was stretchered off but fingers crossed I don’t think it’s as bad as it looked," McAllister explained.

"[Firmino], like Dejan, landed badly. It was just a ball he went up for and he's landed on the base of his spine, just on his lower back.

"It's an awkward landing but he seems fine as well."