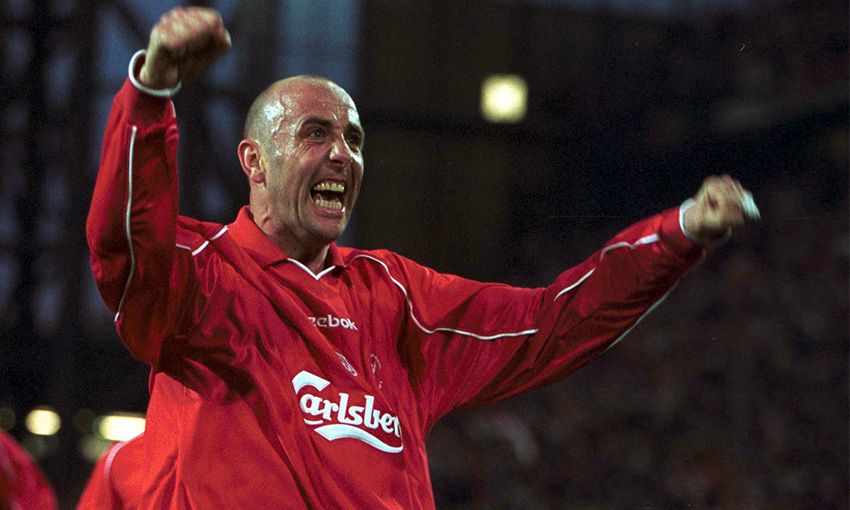 Egypt goalkeeper Essam El-Hadary made headlines across the globe on Monday when he became the oldest player to ever feature at a World Cup finals.

At 45 years and 161 days old, the Pharaohs goalkeeper broke the record of Colombia's Faryd Mondragon (43 years and three days) and even rolled back the years to make a stunning penalty save.

El-Hadary's heroics and Mohamed Salah's opening goal couldn't prevent Egypt losing 2-1 to Saudi Arabia, but the veteran's exploits lit up social media and got us thinking about the experienced heads that have graced the Anfield pitch over the years.

So, as a bit of topical entertainment, we've put together an XI of the oldest ever players to turn out for the Reds in the Premier League. 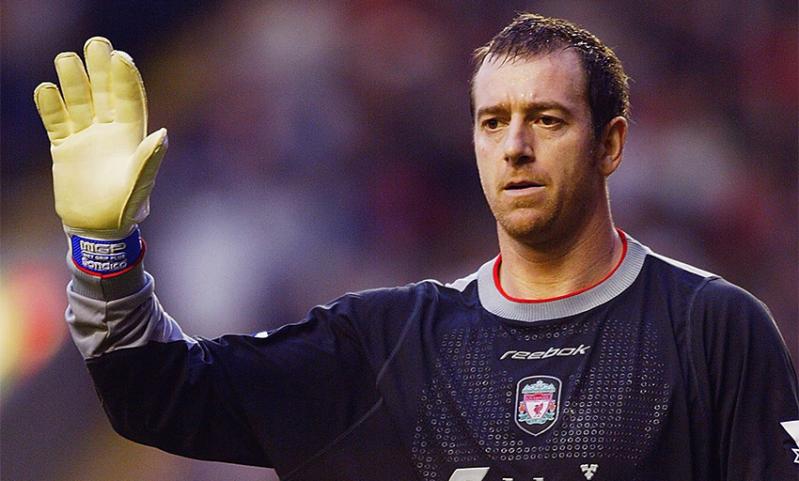 Remarkably, goalkeeper Paul Jones didn't even make his Liverpool debut until he was 36.

Signed on loan from Southampton as emergency cover for injured duo Jerzy Dudek and Chris Kirkland, he played just two games for the Reds.

He became LFC's oldest post-war debutant at 36 years and 240 days old when he kept a clean sheet against Aston Villa and then beat Bruce Grobbelaar's record as the club’s most senior stopper by 138 days in his final game against Tottenham Hotspur. 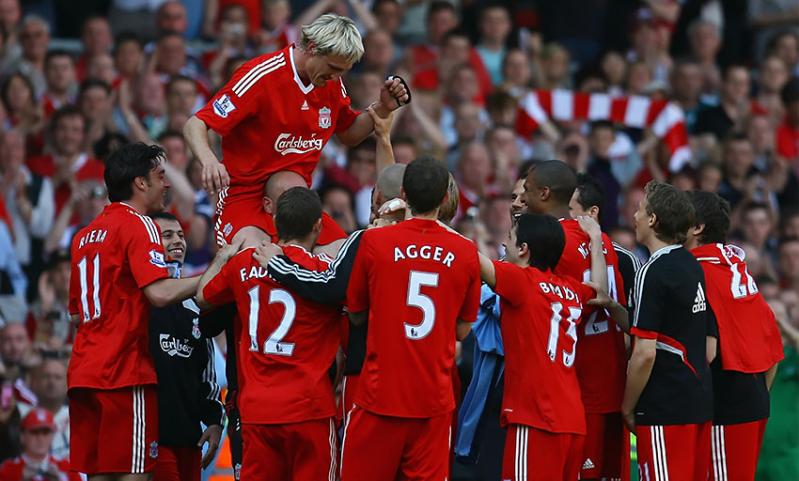 'Big Sami' bid a tearful farewell to Anfield in May 2009 when he played the last of his 464 games for the club. Wearing the captain's armband for the final five minutes of a 3-1 win against Tottenham, he was cheered off the pitch as he signed off at the age of 35 years and 229 days.

Among the finest centre-backs ever to wear a red shirt, he was one of the heroes of Istanbul in 2005 - adding the Champions League trophy to the UEFA Cup, League Cup and FA Cup he won during a decade at Liverpool.

The one-club centre-back Carragher ranks second on Liverpool's all-time appearances list with 737 and was given a standing ovation in his final match against Queens Park Rangers at Anfield in May 2013, aged 35 years and 11 days old.

Signed from Manchester City in 2013 following the retirement of the Carragher, centre-back Kolo Toure became a hugely popular figure during his three-year spell with Liverpool.

Already in the 'veteran' bracket when he joined Brendan Rodgers’ side, his experienced head helped the club reach the Europa League final in 2016 - his final game for the club.

However, the Ivory Coast defender’s last Premier League match had come a week earlier when he was 35 years and 33 days old.

Injury brought a premature end to Mark Wright's football career but the centre-back did manage to play on until he was 34 years and 50 days old – playing his 210th and final match for the Reds in September 1997.

One of England's best performers during the World Cup in 1990, Liverpool boss Graeme Souness had signed the centre-back to become Liverpool's defensive lynchpin and he lifted the FA Cup as captain in 1992. 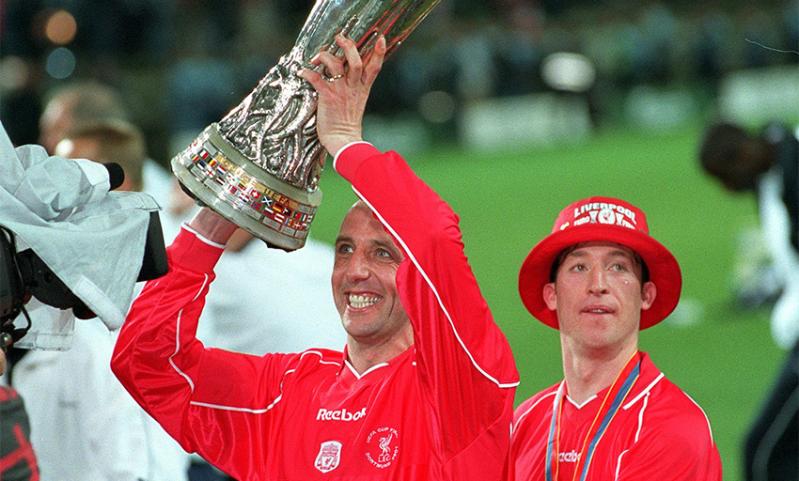 Cultured midfielder McAllister was already 35 years old when he signed for the Reds in 2000 and the Scot holds the record as Liverpool's oldest ever Premier League player.

A few eyebrows were raised when Gerard Houllier initially snapped him up, but McAllister's quality was instantly obvious and he was integral to winning the 2001 treble of FA Cup, League Cup and UEFA Cup, playing in all three finals.

Regarded by many as Liverpool's finest ever player, Steven Gerrard called time on his 710-game Anfield career in May 2015 to take up a new challenge with Los Angeles Galaxy in the MLS.

He was 34 years and 358 days old when he played his final match for the club and notched the last of his 186 goals.

An Academy graduate, Gerrard made his senior debut in 1998, was made club captain in 2003 and won virtually every trophy on offer during 17 remarkable years at his boyhood club.

Liverpool boss Kenny Dalglish paid £900,000 to bring John Barnes to Anfield in 1987 and the England international swept up four trophies - including two league titles - and the 1988 PFA Player of the Year award during a decade at Anfield.

A gracefully devastating left winger during his heyday, Barnes was moved infield as an intelligent playmaker in his later years and played his final game for Liverpool, against Sheffield Wednesday at Hillsborough in May 1997, at the age of 33 years and 185 days old. 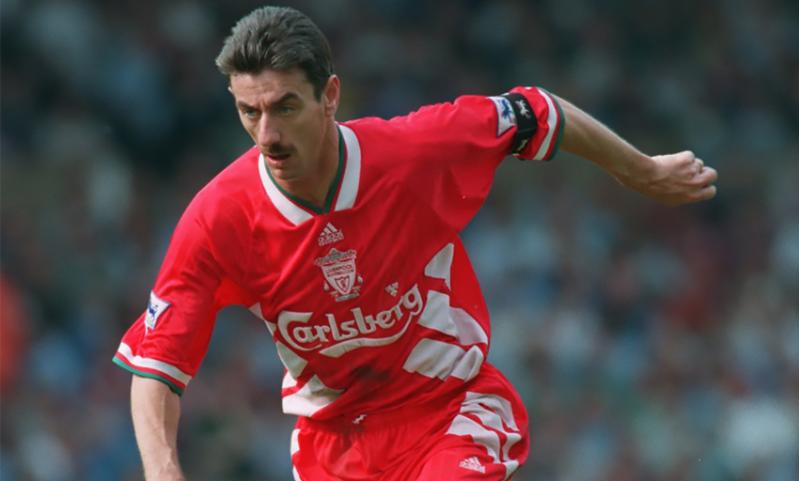 Liverpool's all-time leading goalscorer Ian Rush netted 346 times in 660 games over two stints at the club, with his final goal coming in his final Premier League game for the Reds in May 1996.

England international Lambert flourished relatively late in his career and completed a dream move to boyhood club Liverpool aged 32 following a fairytale rise through the English leagues and selection for the 2014 World Cup.

The Scouse striker, who had been at the Reds’ Academy as a youngster but was released at 15 years old, made 36 appearances in his single season with the Reds, bowing out in the same game as Steven Gerrard, aged 33 years and 96 days old.

Never one to settle down, fiery forward Craig Bellamy enjoyed two spells as a Liverpool player.

The first, from 2006 to 2007, when he scored and set up John Arne Riise in a 2-1 Champions League success over reigning European champions Barcelona at Camp Nou, and the second from 2011 to 2012, when he scored a semi-final winner en route to lifting the League Cup.

He clocked up the last of his 79 appearances for the Reds against Swansea City at the Liberty Stadium, aged 32 years and 305 days old. 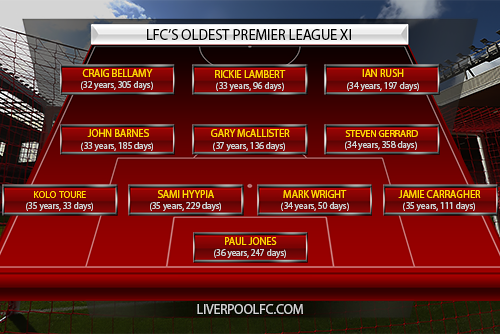