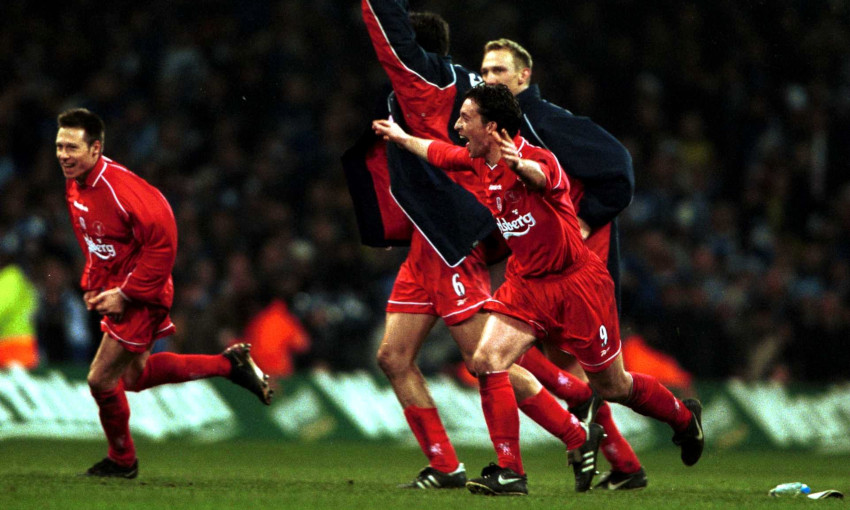 To mark this week's 20th anniversary of Liverpool's League Cup final triumph against Birmingham City – the first trophy of what would become an historic 2000-01 treble under Gerard Houllier – Reds fan Joel Richards relives the elation and relief experienced in Cardiff.

Do you remember the first time?

Having longed for it to happen for what felt like an eternity, the desperation to experience what many others had long before grew each year, exacerbated by the second-hand tales of what it was like. Although intrigued, a sense of torture grabbed you with every story you heard; with every near-miss or opportunity blown, that first time seemed to drift further away from your grasp. Patience was never a virtue as far as you were concerned.

In the fabulous surroundings of what was then known as the Millennium Stadium in Cardiff, I was there to witness my first cup final as Liverpool took on second-tier Birmingham with the League Cup at stake. For a club that collected trophies almost with ease in previous decades, the 1990s was a comparatively fallow period, yielding three major pieces of silverware, of which the 1995 triumph over Bolton Wanderers in the same competition was the most recent.

Kopites of my generation were left to feast on tales of yesteryear from our parents and grandparents, glory that had felt second nature for them back in the day. Add in Manchester United’s success and the emerging Arsenal side under Arsene Wenger, and the outlook appeared pretty bleak.

But under the guidance of Houllier, a revival was in motion at Anfield as the Frenchman steadily reinvigorated a team that had fallen out of contention towards the end of the 20th century. A host of local talent was blended with experienced foreign recruits to produce a squad that was capable of challenging on all fronts ahead of a 2000-01 season that promised so much.

The journey to south Wales was all the more exciting for Reds of all ages because the final was to be held in new surroundings, as construction continued on the new Wembley stadium. Would Cardiff become the new Anfield South? 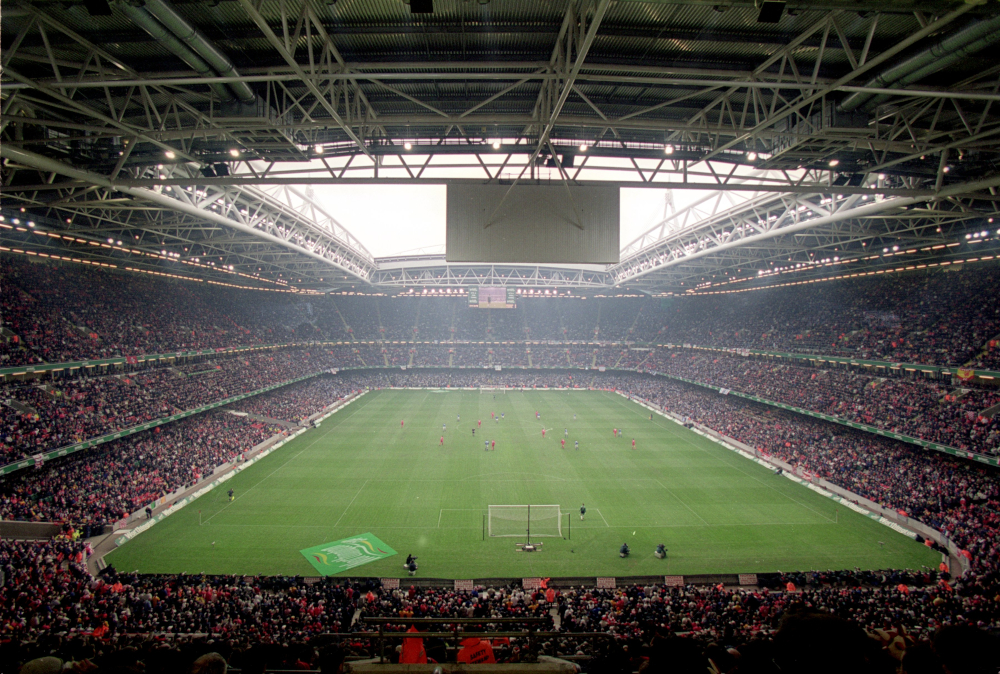 I was only nine years old at the time but I was already hooked on all things Liverpool. Having started to attend matches in the years prior, anticipation reached fever pitch when my dad surprised me with tickets for both of us in the weeks leading up to the final. Sleep was at a premium, as all I could think of was the thought of finally seeing my team win a trophy.

Come Sunday morning, a convoy of cars carrying family members, my dad and I began the journey to Cardiff and, later, as we slowly crept towards the magnificent venue, a giant sea of red greeted my wide-eyed younger self and confirmed to me for the first time just how big this club of ours is.

As kick-off inched ever closer, however, excitement soon turned to nerves and as we took our seats in the North Stand high above the goal I didn’t know where to look as the vast array of banners and flags fought for my attention. So, this was what being at a cup final looked and felt like…

Once battle commenced with Birmingham, a mixed opening saw the underdogs enjoy plenty of possession but they failed to create any clear-cut opportunities. After half an hour, though, a long punt forward by Sander Westerveld was headed on by the towering Emile Heskey into the path of Robbie Fowler, whose spectacular instant finish from 25 yards looped over goalkeeper Ian Bennett to give the overwhelming favourites the lead. 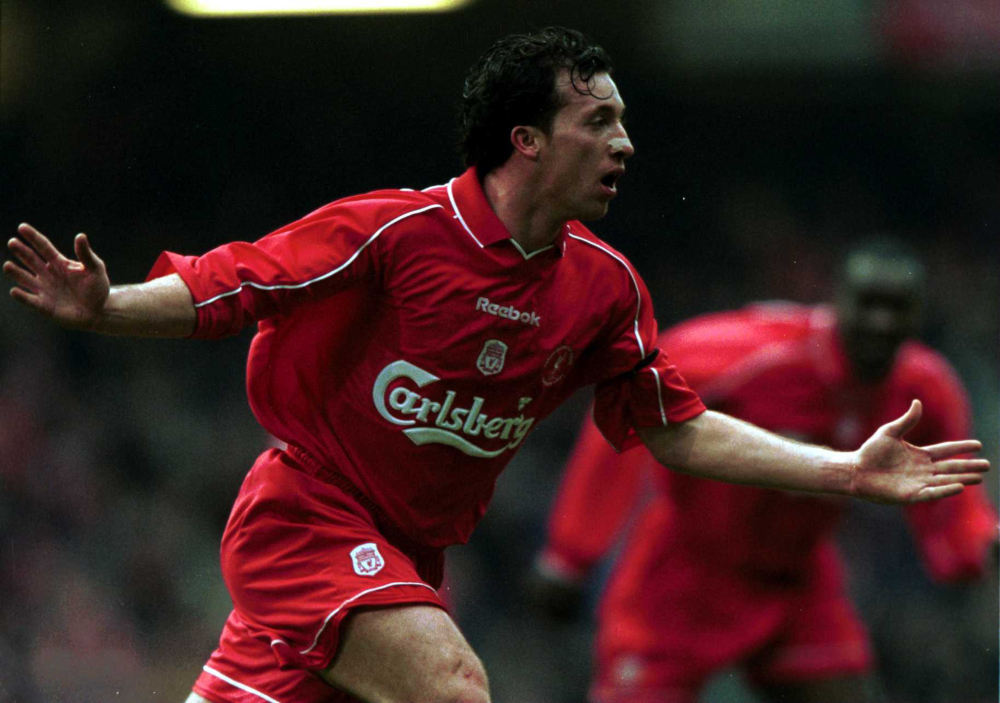 Just before half-time, Vladimir Smicer wasted a golden opportunity to double Liverpool’s advantage after another Heskey header gifted the Czech midfielder a chance he could only steer agonisingly wide. At this point in my naïve mind, it was only a matter of time before our name was carved on the trophy.

The second half brought more of the same as Houllier’s charges created further chances that were squandered. A Smicer cross midway through found an unmarked Heskey, who blazed over the bar – before the No.7 himself was denied by a smart save from Bennett following a clever flick by Fowler.

Yet Trevor Francis’ side were not out of the fight. The First Division outfit still posed a threat from set-pieces, especially after Blues defender Darren Purse headed wide when unmarked at a corner. Anxiety soon crept in all around as I, and every other Red inside that stadium, begged for the final whistle to pierce the air.

But before that happened, Birmingham were thrown the unlikeliest of lifelines as a reckless Stephane Henchoz slid in to foul Martin O’Connor and leave referee David Elleray no choice but to point to the penalty spot. All of a sudden, time stood still as a lengthy delay compounded the misfortune that suddenly befell us all. Eventually, Purse stepped forward to calmly dispatch his spot-kick past Westerveld, force extra-time and hand me a crucial lesson: Liverpool seldom tend to do things the easy way.

After a few tears were shed during the interval (come on, I was nine) a pep talk from my dad briefly lifted morale before an additional 30 minutes of torture and near-misses ensued.

Buoyed by their 90th-minute rescue act, Birmingham had chances to take a shock lead, firstly through Bryan Hughes, whose audacious chip from 30 yards drew an equally fantastic stop from Westerveld. Then Lady Luck perhaps shone on Liverpool for the first time that afternoon as Henchoz miraculously avoided conceding another penalty when he hauled down Blues forward Andrew Johnson. Much to the anger of Francis and his charges, referee Elleray waved away their appeals.

Still, there were further opportunities for the Reds as Fowler and Sami Hyypia both saw headers expertly tipped away by Bennett before Dietmar Hamann crashed an effort off the woodwork from 30 yards. Alas, no winner came – and the dreaded lottery of penalties awaited.

Nerves were slightly eased as Gary McAllister and Nick Barmby each converted their respective penalties, either side of a Martin Grainger attempt that was pushed away by Westerveld. Purse successfully scored from the spot again before Christian Ziege and Marcelo each followed suit to make it 3-2.

Hamann’s penalty was matched with a fine save by Bennett, allowing Stan Lazaridis to level the score for Birmingham. Fowler briefly allayed any fears – although not with his stuttering run-up – with a calmly dispatched penalty, and after Hughes made it 4-4 Jamie Carragher successfully found the top corner to make it 5-4 in sudden death.

Our wait was about to end.

Westerveld proved to be the hero, producing another splendid save from Johnson’s kick to clinch glory and send the fans behind him into unbridled joy. In among it all, as I was almost thrown into the air by my dad, I finally had my own “I was there” moment that I could talk of for years to come. 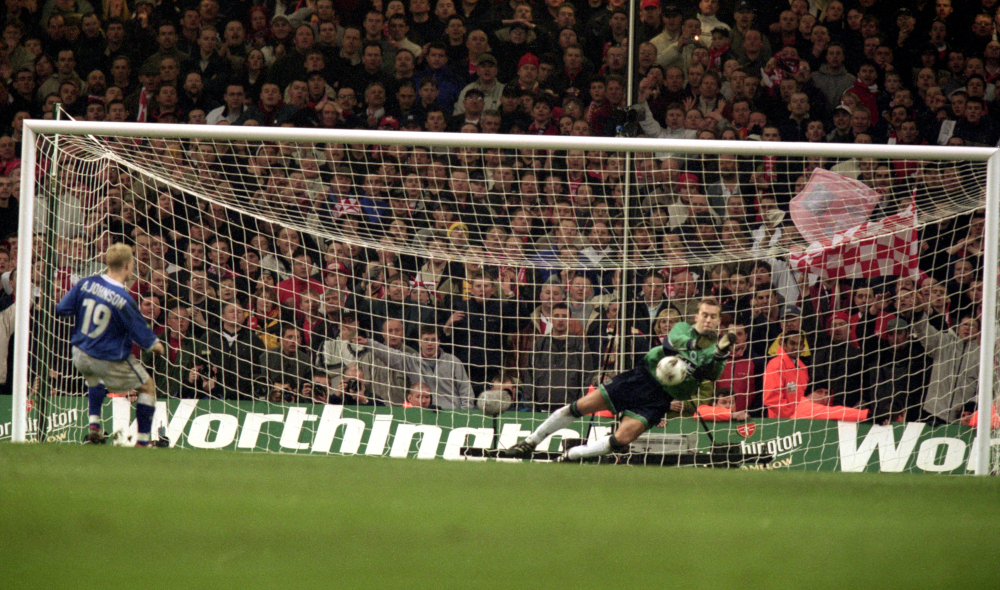 Little did we know that the League Cup would be just the beginning of an extraordinary climax to that 2000-01 campaign.