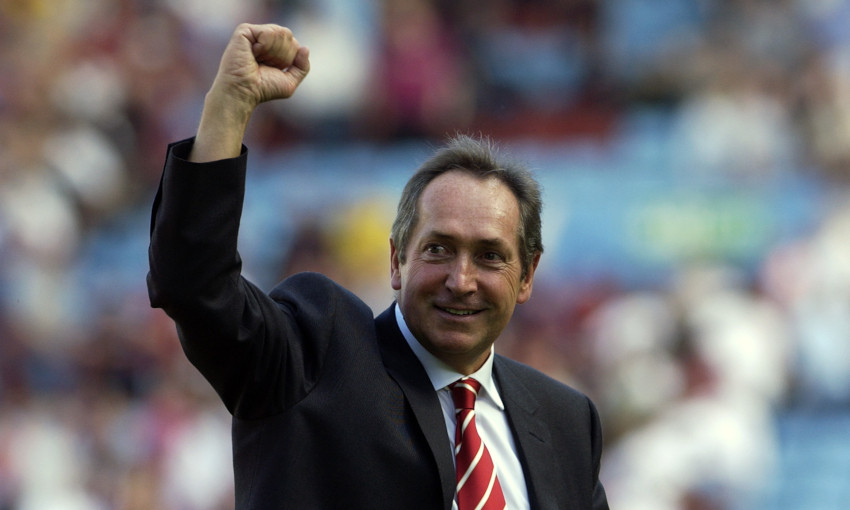 Gerard Houllier's personal touch, as much as his immense football acumen, marked him out as a special man and manager.

The Frenchman was the gaffer and the guiding hand as Liverpool achieved a unique treble of League Cup, FA Cup and UEFA Cup – plus qualification for the Champions League – during a thrilling 2000-01 season.

As part of our ongoing series to celebrate the 20th anniversary of the treble campaign he masterminded, the players involved paid poignant individual tributes to the boss’ abilities, his impact on their careers, and his legacy at Anfield.

Read some of their words below…

“People will obviously speak really well of him as a coach and a manager. And he should be remembered as a legend at our football club, without a shadow of a doubt, because he changed the culture, he changed the mentality and he got the club back to a winning club, which is no easy feat. But more importantly for me, it was the character and the man and the human being; the relationship he had with his players; the time and the respect he showed not just me [but] all my teammates at the time. I think we’ll be forever in debt to the man.” 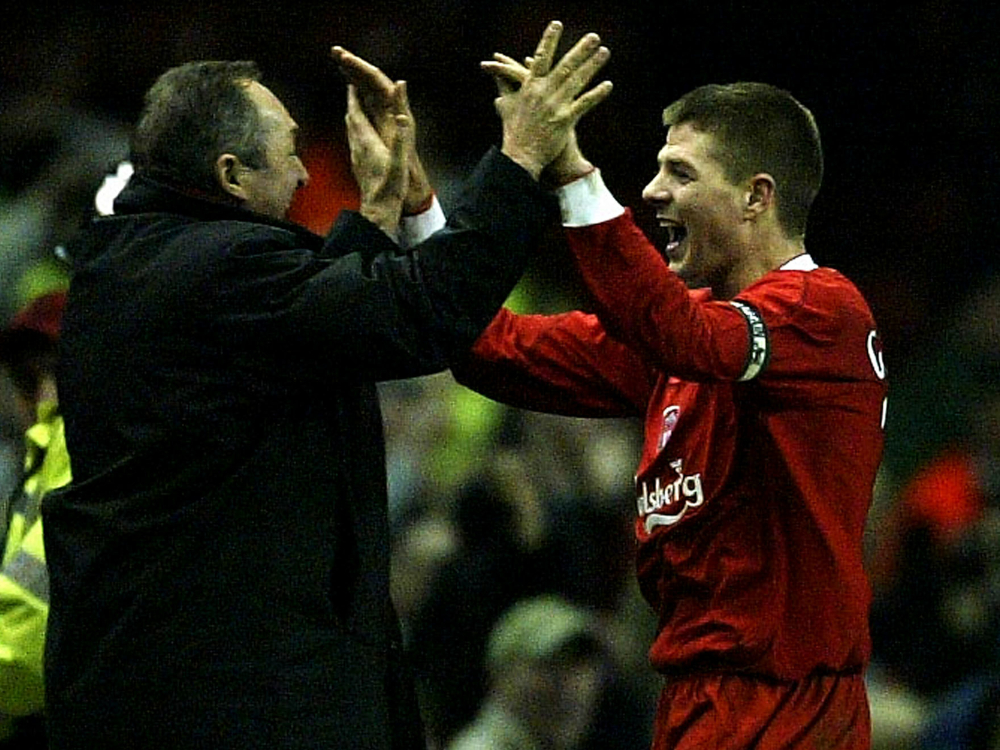 “For me, travelling all over the world and playing games and knowing people within UEFA, he is respected all over the world. He was a go-to coach for young coaches and always wanted to try to help people. But up and above all of that, you’re talking about a true gent, a proper gentleman. He is somebody we all miss. I miss being in his company; over the last few years obviously that became less and less when he was unable to travel and his inability to get to games. But the fact is he’s a true gent.”

“He’s still mentoring me now. Because there are things I remember, advice and little things he would do for me, that I will carry forward. So he’ll be forever with me in my next journey, within whatever I’m going to be doing. His legacy for Liverpool is bringing back some good days. When you think of Liverpool you think of trophies, you think of winning stuff – and that was one of the things I wanted to do when I came to Liverpool. And Gerard brought those good times back to a generation of fans. Everyone will have a picture that they remember from that era that will bring back a smile on their face whenever they see that picture.” 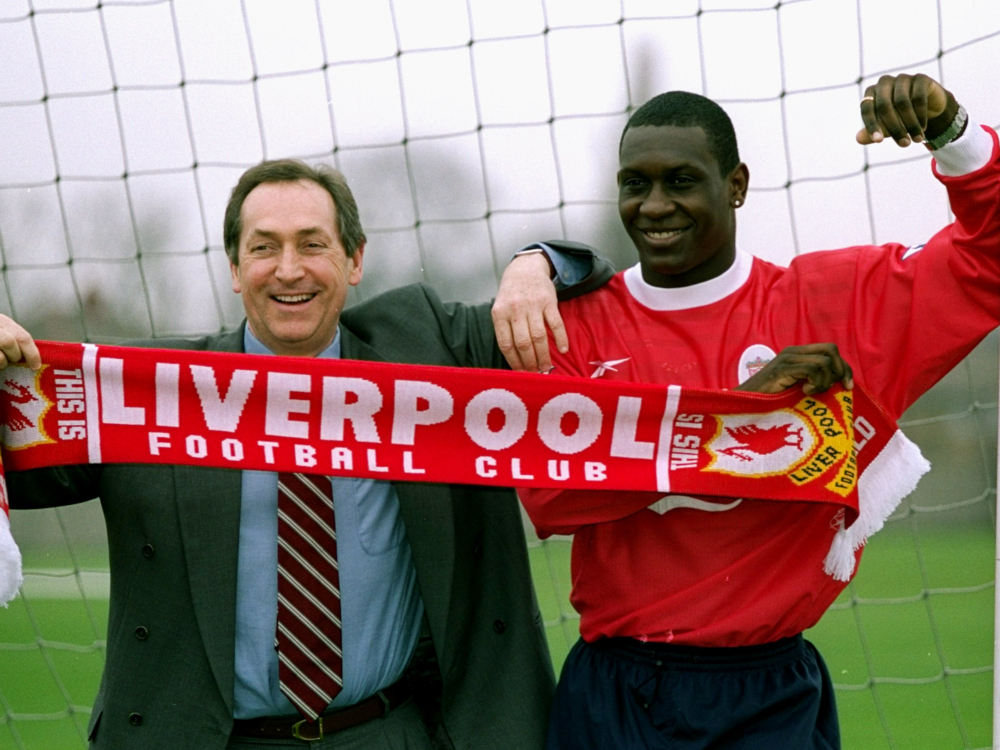 “I think his strength was the man-management side and he knew what to say in different situations to make us feel confident or to make a good feeling to everyone. And outside of the field he was a gentleman. He was the man that brought me to Liverpool and if it wasn’t for him, maybe I would never have played for Liverpool, so I’m very grateful that he had trust in me that I would do a job for him. Hopefully I made him proud as well during my time with him at the club. I think he will be remembered as being quite successful during his time at the club, the fans have fond memories of him and he will be remembered a long time in Liverpool.”

“For a period – particularly 2000-01 and 2003 – it was quite incredible times. It was moments in time for a lot of Liverpool fans who hadn’t seen us win regular trophies, big trophies, and it was all because of him. Coming to work with him in 1998, I was sceptical because I was thinking, ‘This guy has not played at a decent level, what is his knowledge of the game, what is his sort of background?’ I knew he’d been a teacher. You’ve got to write up team-talks and things. It was quite astonishing to watch him at work. He knew the game inside out because he’d obviously been very prominent in France with the French national team and so on, so that was all put to bed. And I was astonished. His English, his grammar doing the team-talks on the flip charts and everything, was quite astonishing. Not that I was great at school! But all little things like that, and quite quickly it grew on me this was something special. A man of great credentials who was at the helm of our football club.” 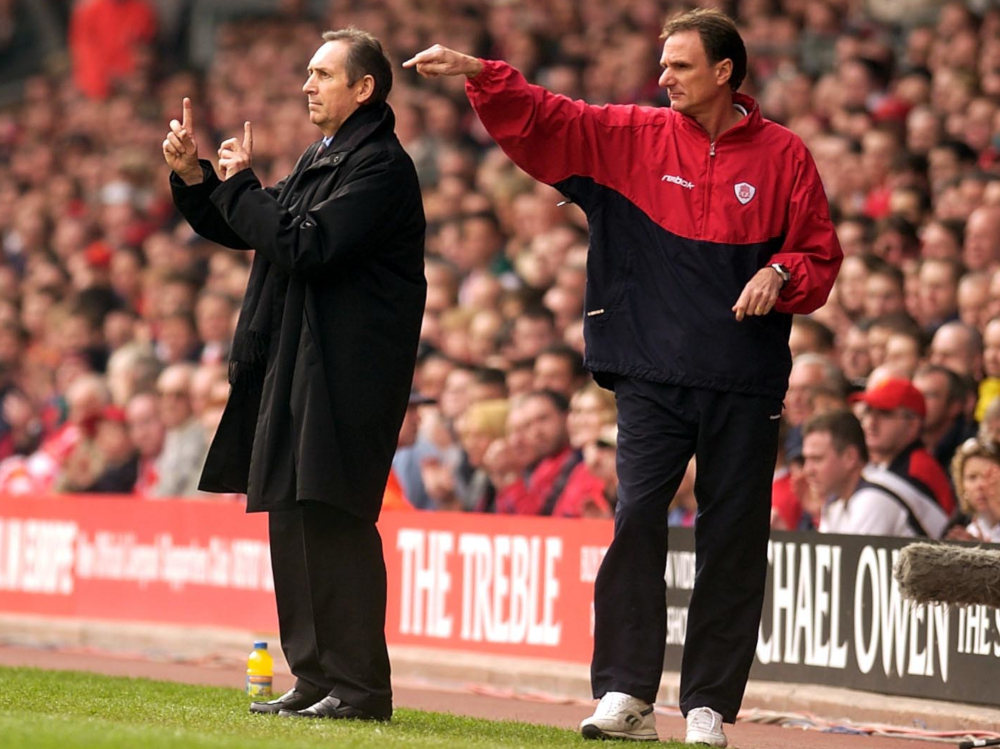 “He signed me for Liverpool and he helped me a lot. He wanted to show people he was not wrong to sign me for Liverpool. It was a difficult time as he signed me as a replacement for [Steve] McManaman but I didn’t show that, so he and I were under pressure. He gave me the chance to adapt. He said, ‘OK, Vladi, don’t worry. I know your quality and the player you are so I will give you the chance to show it and it will come.’ He told me take a good rest in the summer and next season will be different; ‘Now you know what the Premier League is about so now you know what you need to do.’ It helped me a lot. It’s easy to write a player off but he still believed in me and that helped me in 2000-01. I just say thank you to Gerard because I enjoyed my career and football at Liverpool. He gave me the chance and he believed in me. He cared about the players and he did a tremendous job for Liverpool.”

“He was the biggest reason I became a player at Liverpool FC. I was talented but I had the wrong mentality and the wrong support network and had the wrong perception of how to get to the next step. Houllier changed my world in that respect. He found something in me and he gave me his time, his intelligence, his knowledge and his wisdom and he gave me his support and helped me get the best out of me. I will always be grateful to him. He was a lovely man and I cared for him very much.” 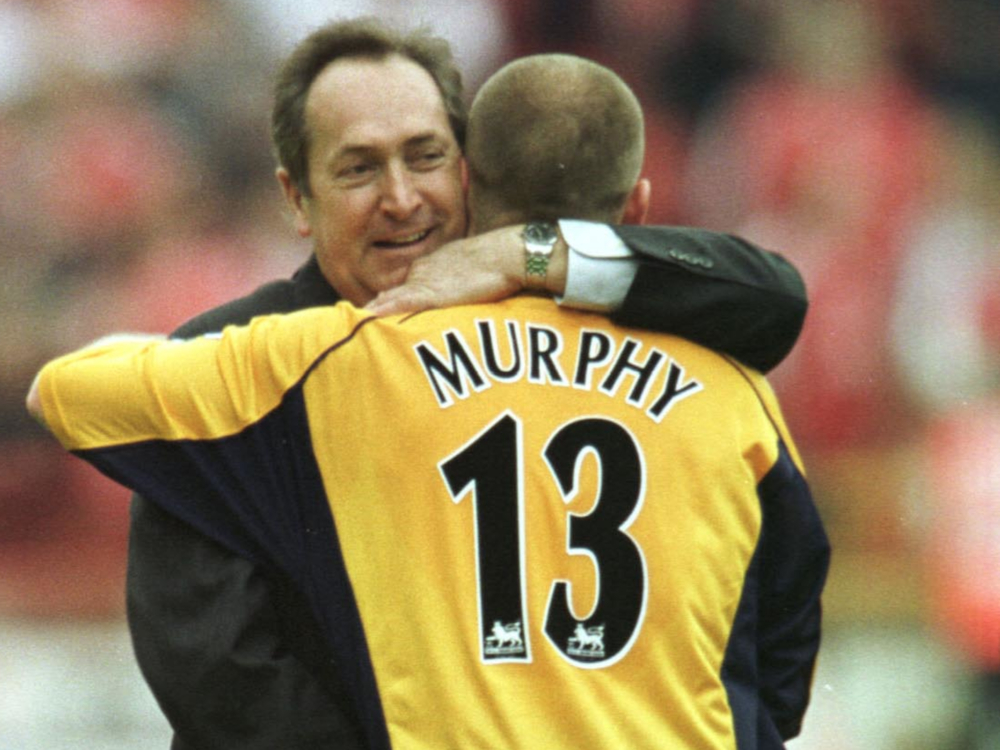 “He had a huge impact on the young players there and when you talk about Gerard Houllier’s legacy, what we did in Europe then – then you think, if we hadn’t had that treble season is the club still seen in the same sort of light when Rafa Benitez decides to come, having won two La Liga titles? Now I’m not saying Liverpool, for any stretch of the imagination, will never be a huge name in football. But if you’re getting to sort of 10 or 15 years without winning anything major, it just dims the club a little, shall we say. And I think that treble season, doing well in the Champions League the following season, just kept Liverpool’s name up there. Winning the Super Cup as well against Bayern Munich – we were back mixing with the Barcelonas and the Bayern Munichs basically with Gerard Houllier. And then Rafa comes in and we know what happened with the Champions League. I’m sure everyone around the world is watching that, I’m sure Jürgen Klopp is watching that that night as well. It’s another special night in Liverpool’s history.”

“I think he had an influence on people without the people knowing it, and that’s always more powerful because it’s a subtle way of teaching people, telling you things and teaching you things, without you knowing it. That’s why he had a huge impact, not only for these players but for the team. When the players get better obviously the team gets better and we won a few trophies. I don’t think we would have won the Champions League [in 2005] if it wasn’t for Gerard Houllier. We then had the likes of [Fernando] Torres, [Luis] Suarez and [Javier] Mascherano coming in and all of these top players came in because Gerard put Liverpool back on the map.” 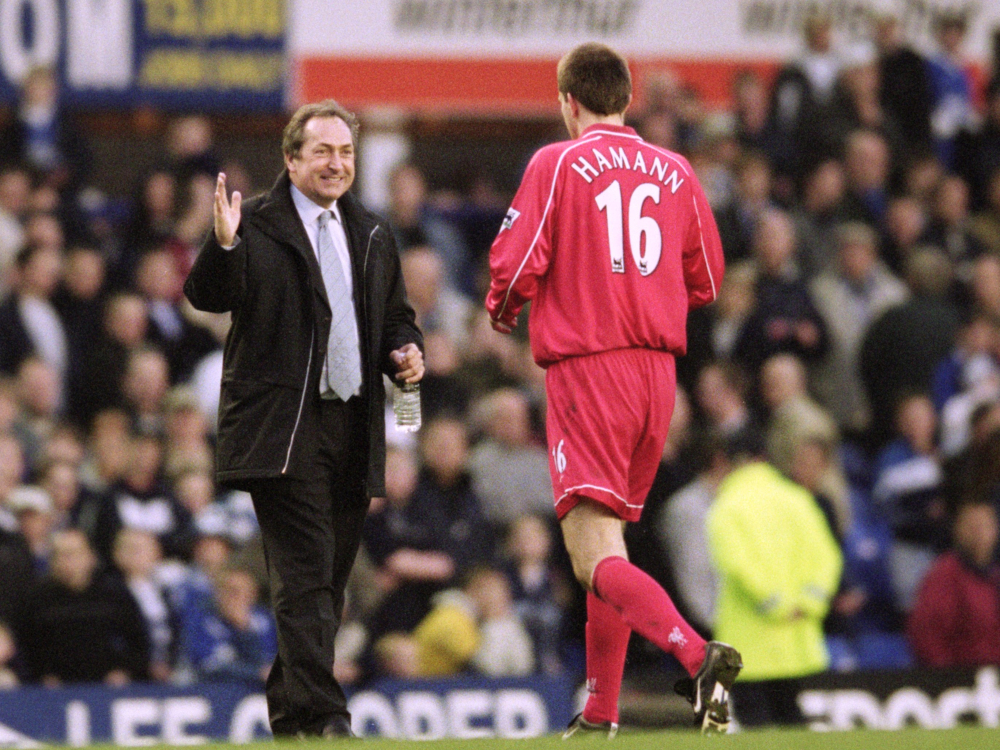 “When you are managing a big club like Liverpool Football Club, you show a lot of respect for the city, the fans and for the football club. Gerard maybe slept three or four or five hours a day because he was always thinking about the next training session or the next game. He gave a lot, he gave 100 per cent to Liverpool Football Club. And, of course, he nearly died for this football club – don’t forget this – when he had his heart attack. I think people remember him as a great manager. An open man, an honest man. And a manager who won a lot of things with Liverpool, a lot of trophies.”

“Gerard Houllier was an unbelievable man. I’ve had a full career in the game and played under loads of managers and don’t get me wrong, there’s some great people out there. But he was so genuine it’s unbelievable. He literally knew every single person’s name, my family’s names. When some managers come past you in the corridor and say, ‘How are you? How are you feeling? How’s the family? All good?’ You know that, yeah, they’re interested. But are they interested? Who are my family? How many brothers and sisters have I got? Have I got any kids? Where do I live? And he genuinely knew everything.

“He just got it and he got people. He knew what teamwork was. Tactically, he was very astute and very experienced. And he was a good guy – very strict but very kind as well. He had the perfect balance. He was exactly what Liverpool needed around that time. And he dragged Liverpool into the new century. I think not only me, but the whole football club, have got him to thank for a lot of the success that we currently enjoy as well.”