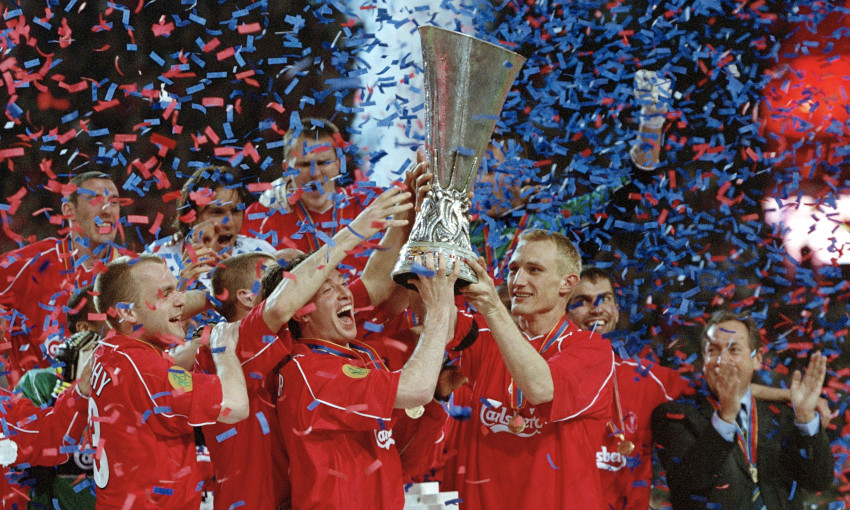 To conclude our celebrations marking the 20th anniversary of Liverpool's 2000-01 treble season, the 10 greatest games as voted by you are revealed.

We recently put a shortlist of matches from the Reds' thrilling campaigns in the league, League Cup, FA Cup and UEFA Cup to a poll of supporters on Liverpoolfc.com.

And here are the results... 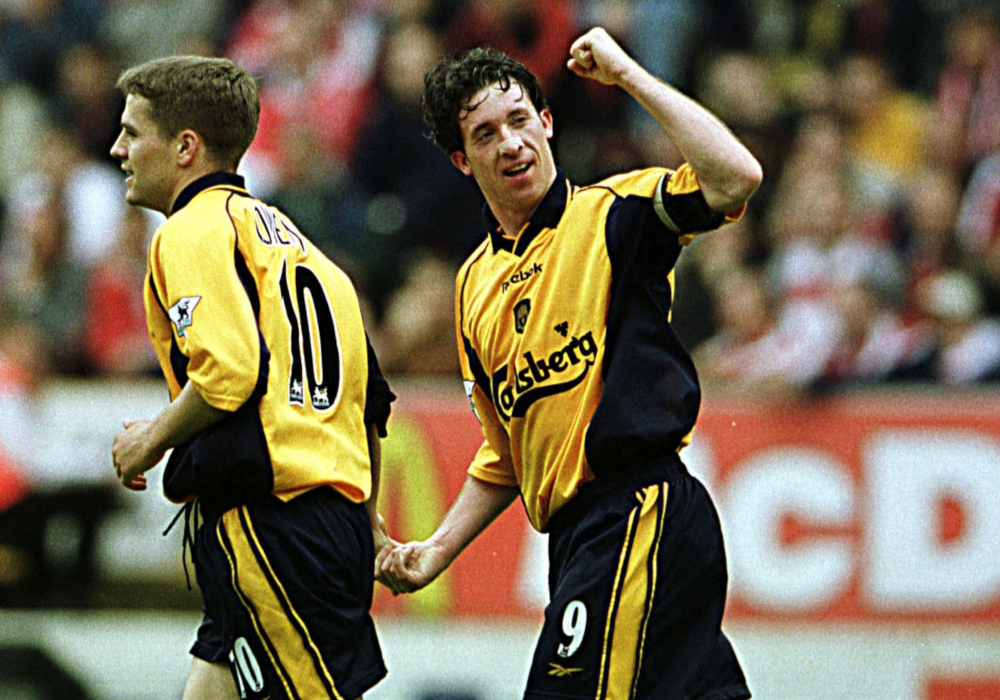 In the 63rd and final game of the season, Liverpool clinched a much-coveted Champions League qualification spot with victory at The Valley. 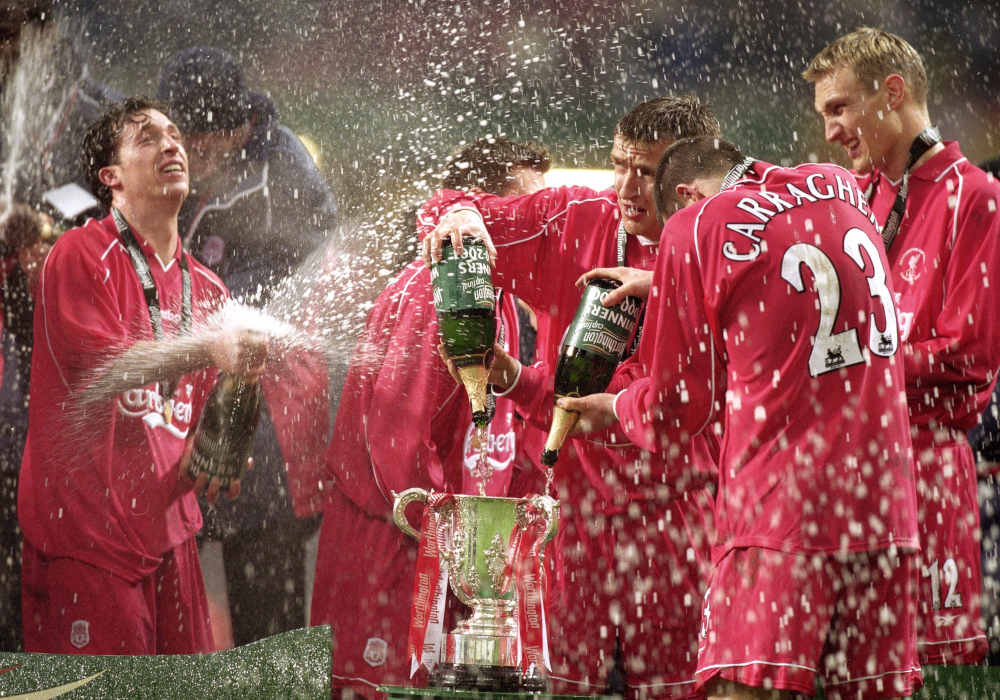 The Reds' first trophy under Gerard Houllier came in the form of a hard-fought League Cup triumph at the Millennium Stadium in February 2001.

Birmingham City forced extra-time and eventually a penalty shootout with a last-minute equaliser, but Sander Westerveld denied Andy Johnson to seal it for Liverpool. 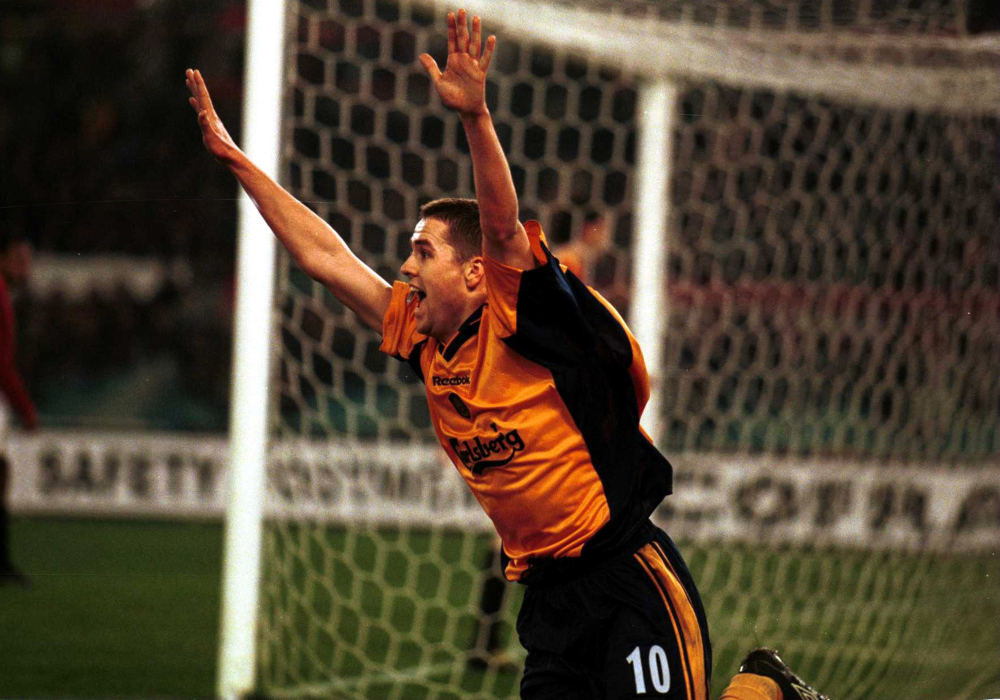 An iconic European victory took eighth place in our countdown as the Reds conquered AS Roma in their own Stadio Olimpico.

Owen provided both of the goals in the second half to record a pivotal fourth-round result over Fabio Capello's team on the road to UEFA Cup glory. 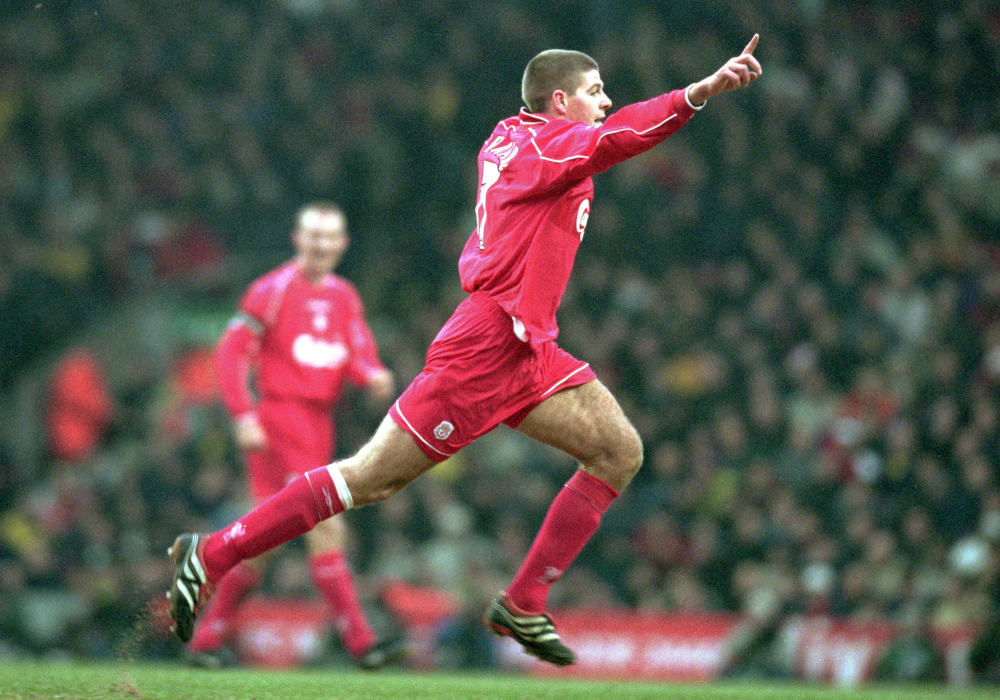 Houllier's men dismantled the Gunners during a performance at Anfield that underlined the force the Reds were becoming once again. 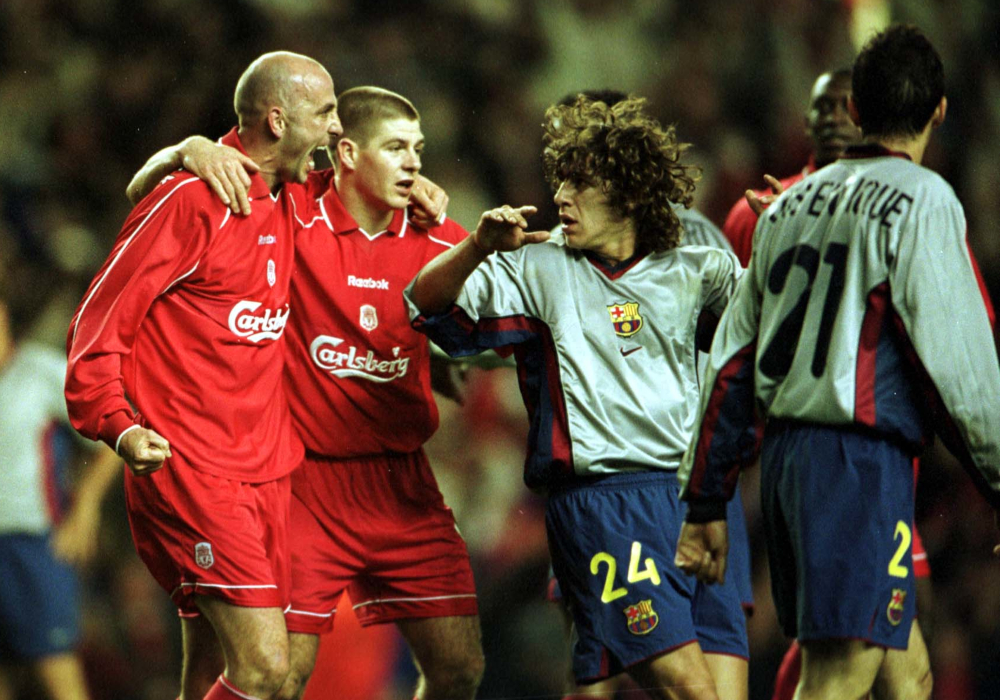 A heavyweight encounter between two European giants with the prize of a place in the UEFA Cup final on offer finished sixth in our poll.

It was Liverpool who emerged victorious from a well-matched semi-final, courtesy of Gary McAllister's cool penalty and another 90 minutes of resilience. 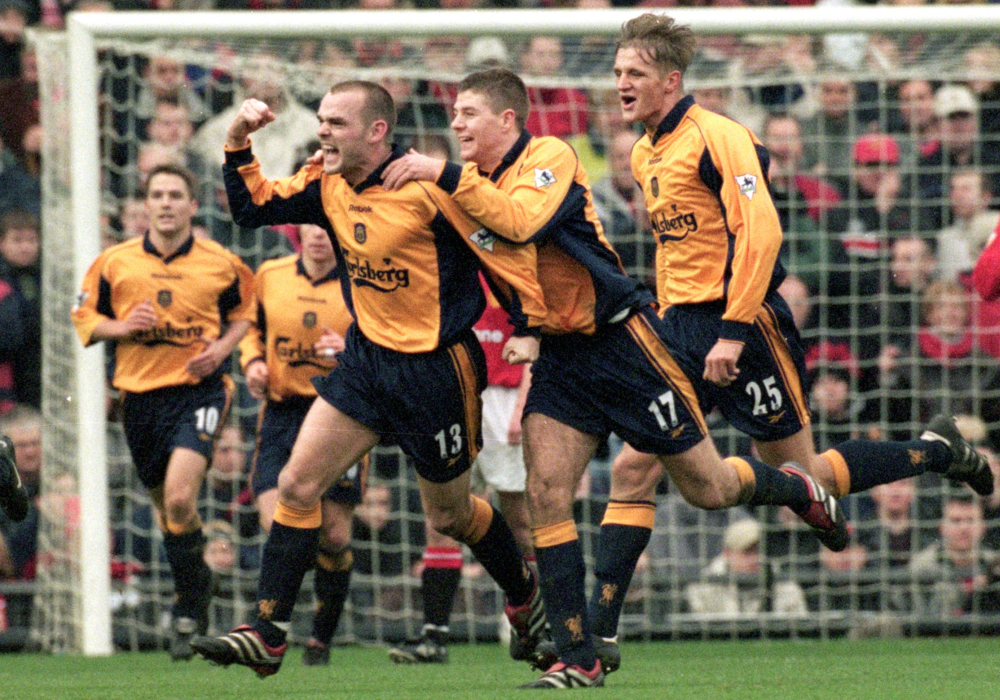 Kicking off your chosen top five is an historic success for Houllier's side at the home of their fierce rivals in December 2000.

After more than a decade without a win at Old Trafford, Murphy's precise free-kick highlighted an assured display by the visitors and claimed all three points. 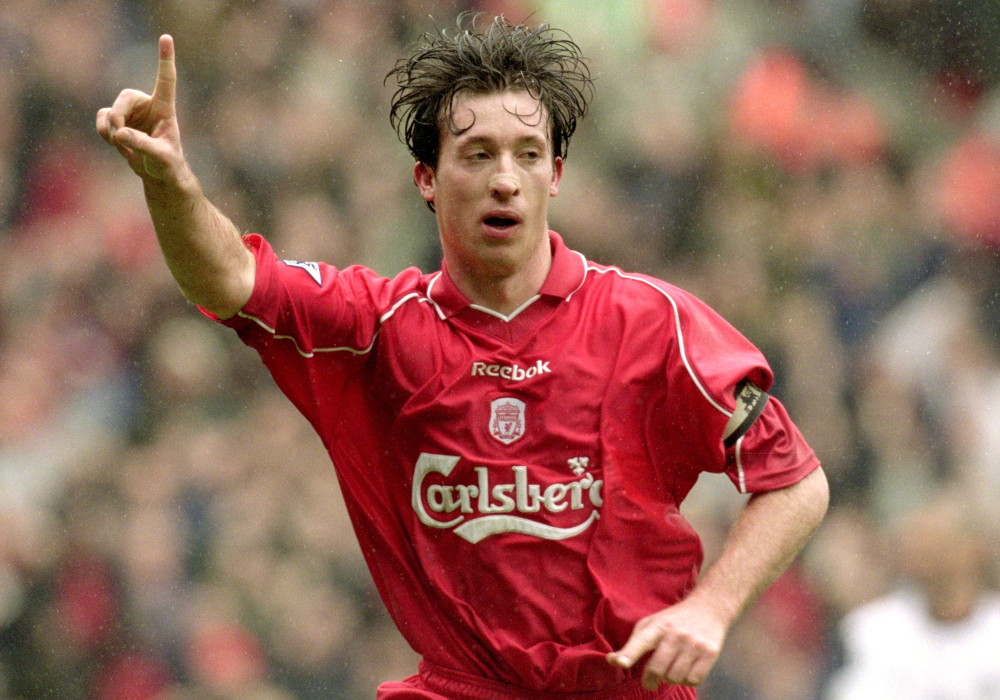 And the Reds completed a satisfying double over soon-to-be champions United when the sides met again in the league at Anfield.

Gerrard walloped in a sensational opening goal from long range and then set up Fowler to fire home a second and defeat their foes once more. 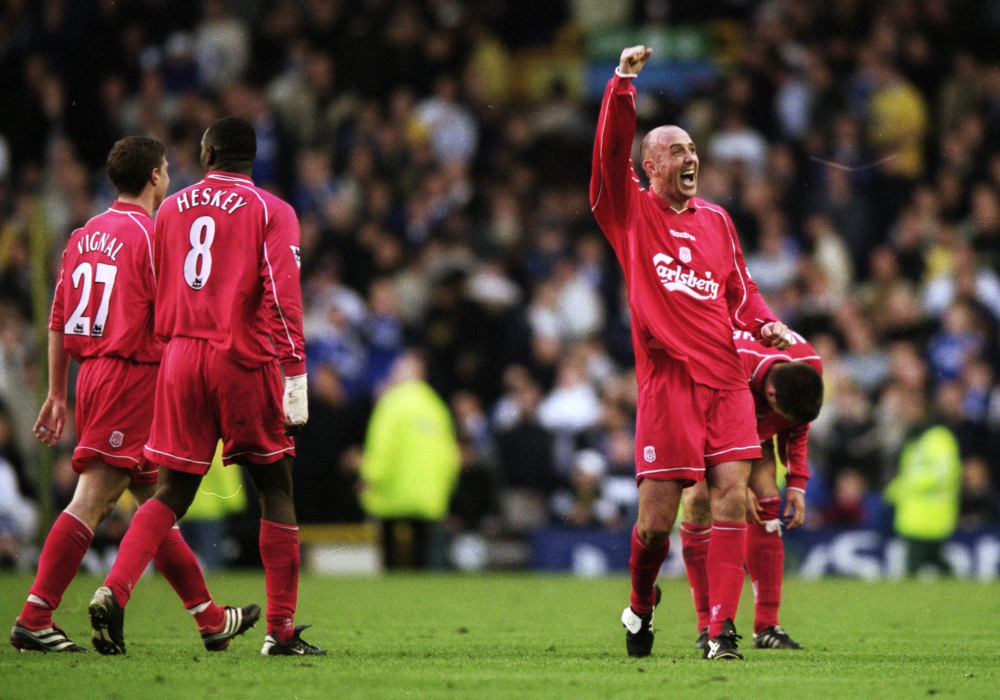 Beginning your top three games of 2000-01 is a drama-laden Merseyside derby at Goodison Park won in unique fashion by the creativity of McAllister.

Liverpool led twice, Everton equalised twice, Fowler missed a penalty, Igor Biscan was sent off and then McAllister scored from 44 yards with a free-kick. Brilliant madness. 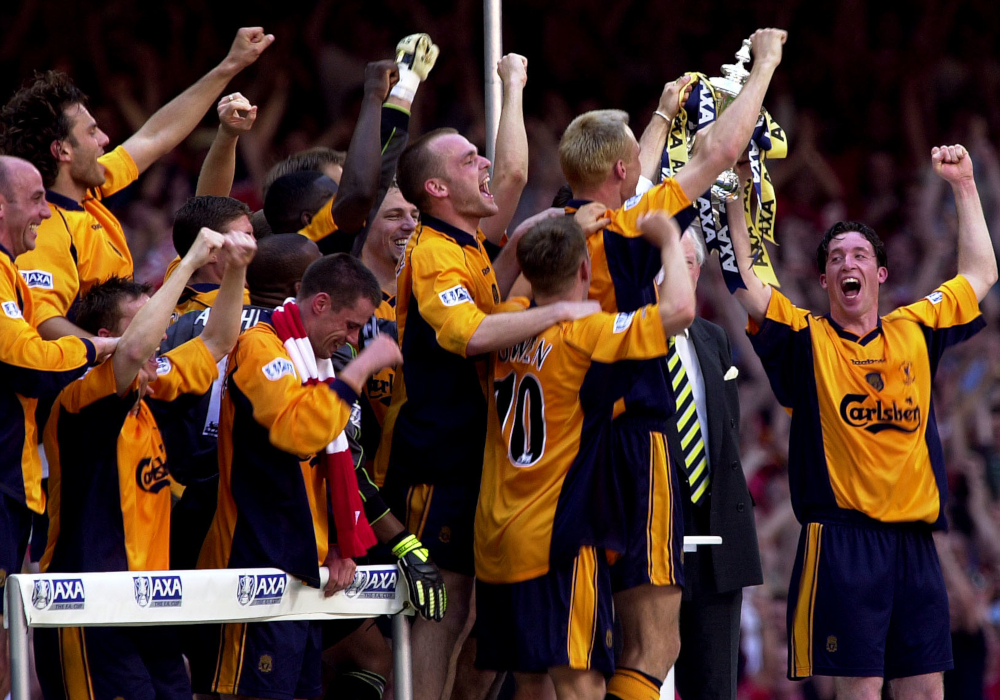 Taking runners-up spot in our poll is The Owen Final.

The Reds trailed a dominant Arsenal team 1-0 with seven minutes left of the FA Cup showpiece, but Owen's quickfire double in Cardiff stunned the Gunners and gave Liverpool the trophy. 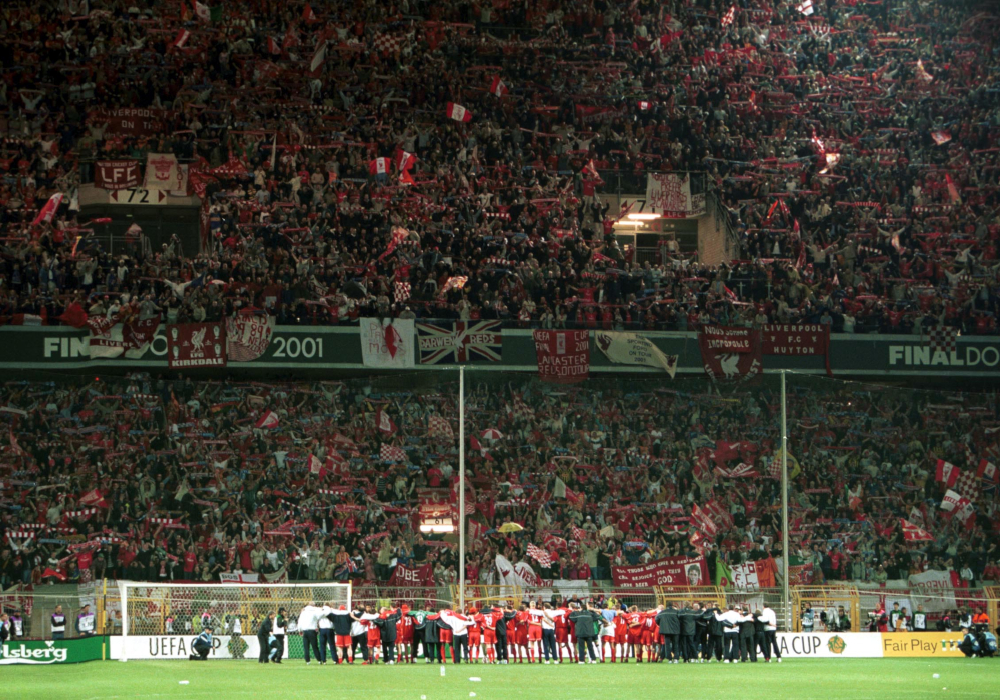 And, finally, of course the UEFA Cup final featuring nine goals - one of them Golden - was voted the greatest match of Liverpool's 2000-01 campaign.

After leading 2-0, 3-1 and 4-3, the Reds recovered from conceding an 89th-minute equaliser to enjoy European glory thanks to Delfi Geli's 117th-minute own goal.