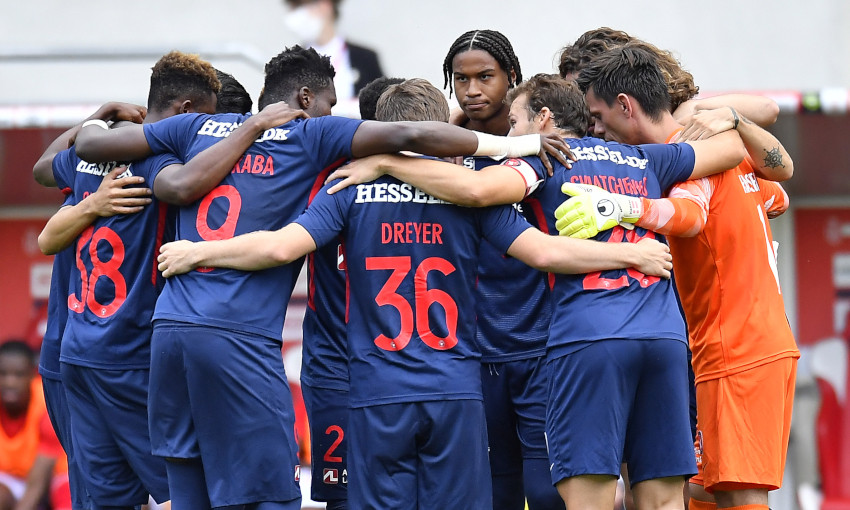 Ahead of Liverpool's Champions League Group D clash with FC Midtjylland, we take a closer look at the innovative methods and continual progress that are reaping rich rewards for tonight's visitors to Anfield, at home and now in Europe.

The Wolves snarled their way to a first Superliga title in 2015 before proving they could bite as well as bark in the following season’s Europa League, beating Southampton in the qualifiers and only succumbing to Manchester United in the last 32 after a 2-1 first-leg win at their compact-but-atmospheric home, the MCH Arena.

A wave of publicity followed FCM at that point, not only because of what they were doing, but how.

With a sports betting expert, Matthew Benham, for an owner and a world-renowned author and motivational speaker, Rasmus Ankersen, for a chairman, Midtjylland were making use of all manner of innovative techniques to gain an edge, from employing a throw-in coach – Thomas Gronnemark, who has also worked with Liverpool since 2018 – to setting up a ‘set-piece lounge’ where players were tutored on a host of unusual free-kick and corner routines.

FCM’s data-driven success is reflected in a remarkable stat which emerged in the Danish press over the weekend. Since Benham’s takeover in 2014, the club – whose hometown Herning has a population of only 50,000 – have collected a total of 435 league points, just two fewer than FC Copenhagen, 13-time national champions and Danish football’s dominant force through most of the last two decades.

Midtjylland’s second and third Superliga titles, in 2018 and July of this year respectively, lent further weight to that notion of a power shift, but the Holy Grail for Benham – who also owns Championship side Brentford, where Ankersen is co-director of football – and the board remained the Champions League group stage. Having failed in the preliminaries twice before, that itch was finally scratched this season with a flawless qualifying campaign that saw them dispatch Ludogorets and Young Boys before a thumping 4-1 aggregate victory over a Slavia Prague team that took points off Inter Milan and Barcelona in last year’s group stage.

“No matter what happens in the group stage, Midtjylland will take pride in the qualification,” says Ekstra Bladet journalist Klaus Egelund. “They made some very distinct adjustments in order to break the European curse. Over the last 18 months they have focused on younger and quicker players, where earlier they relied on experience and set-pieces. Before this season only three clubs had made it through three rounds of Champions League qualification as an unseeded team. Midtjylland are the fourth, so it is a major achievement.”

Although prior European excursions may not always have gone to plan, Midtjylland have never failed to win friends and admirers, among them Michael Beale, the former LFC Academy coach who is now a member of Steven Gerrard’s staff at Glasgow Rangers.

“It’s such a nice stadium and they received us so well,” Beale tells Liverpoolfc.com, recalling how he, Gerrard and assistant manager Gary McAllister were warmly welcomed to Herning before a Europa League qualifier in August of last year.

“At the ground they’ve got this room in homage to the Boot Room at Anfield, because a lot of them are big Liverpool fans, so it was massive for them to have Steven and Gary there. Simon Kjaer, the AC Milan defender, his dad is the kit man and he’s a massive Liverpool fan, so it was him that showed us into the boot room. They are a really classy club off the pitch and I found that, afterwards, I actually wanted them to do really well, so I was pleased to see them make it into the Champions League, I put a Tweet out congratulating them.

“In the world of football there’s only so many interesting clubs, but if you look at Denmark I find Nordsjaelland and Midtjylland really interesting. If you were to start a new club from scratch, you’d do it like Midtjylland, with a brilliant stadium and training complex, and it’s also interesting the Moneyball recruitment they do, bringing players in from Africa and South America. Even in the lockdown period, they turned their car park into a drive-through cinema for fans to see their games. They’re doing things that other clubs aren’t, so fair play to them.”

That particular tie ended in a 7-3 aggregate win for Rangers, but the Midtjylland side that runs out in front of the Kop tonight will be a very different one, in terms of approach if not personnel. The man responsible for that shift is Brian Priske, a former Portsmouth defender who used to be in charge of the aforementioned set-piece suite, before being promoted to the head coach role soon after the Rangers games.

Under Priske, FCM scored 15 fewer goals last term than they had as runners-up in 2018-19, but conceded 14 fewer too, and as a result coasted to their most comfortable title win to date, 14 points ahead of Copenhagen.

As for this campaign, it’s a case of so far, so good, with a stunning 3-2 comeback win against Brondby last weekend – after trailing by two with an hour gone – taking them joint-top of the Superliga and restoring any morale lost in their chastening 4-0 defeat at home by Atalanta on matchday one of the Champions League.

“It was disappointing, as no Danish team has ever suffered a heavier defeat in their first match of the group stage,” adds Egelund. “Priske reverted to his 4-2-3-1 Superliga formation and ditched the three-man midfield that had paved the way for qualification. This gave birth to the defeat as Midtjylland lacked the players in central midfield to contain Papu Gomez once things started to go wrong.

“The overall feeling was that the team actually matched Atalanta quite well when they did not invite pressure by making mistakes, and the second half, when they reverted to the three-man midfield, showed a glimpse of a way ahead.”

Sory Kaba – a teammate of Naby Keita at the Guinea national team – is the focal point of Midtjylland’s attack, supported by Anders Dreyer, an old-school winger whose career once took him to St Mirren via Brighton & Hove Albion’s U23s and has five goals already this season. Pione Sisto, the Denmark international who spent the previous four seasons with Celta Vigo, is showing hints of his old magic since returning from Spain last month.

Central midfield is Midtjylland’s strongest area according to those in the know, meanwhile, though Egelund and Beale pinpoint different 22-year-olds when explaining why.

“I would without hesitation mention the Nigerian, Frank Onyeka, in central midfield,” states the former. “Very quick, physical and strong – he rarely catches the eye but the way the team dips in performance without him speaks volumes.”

The latter, on the other hand, highlights former Vasco da Gama string-puller Evander: “He’s probably the same height and build as a Gini Wijnaldum-type, a No.10 but one that plays in the midfield three as a right or left No.8. A very, very good player.”

And for Beale, the intrigue lies in what comes next, as much as what tonight’s 90 minutes have in store.

“The fact they’re on the same pitch as Liverpool will be a massive thing for them, but the project is more important really, and getting that Champions League money is the first step for them in a sense,” the former Sao Paulo assistant manager finishes. “They will try to stay in it, they will try to get set-plays and play on the counter, and they will treat it as a cup final, because this is the dream for them. So first of all it might be a case of matching the enthusiasm they have, and then, hopefully, Liverpool’s quality will begin to show.”