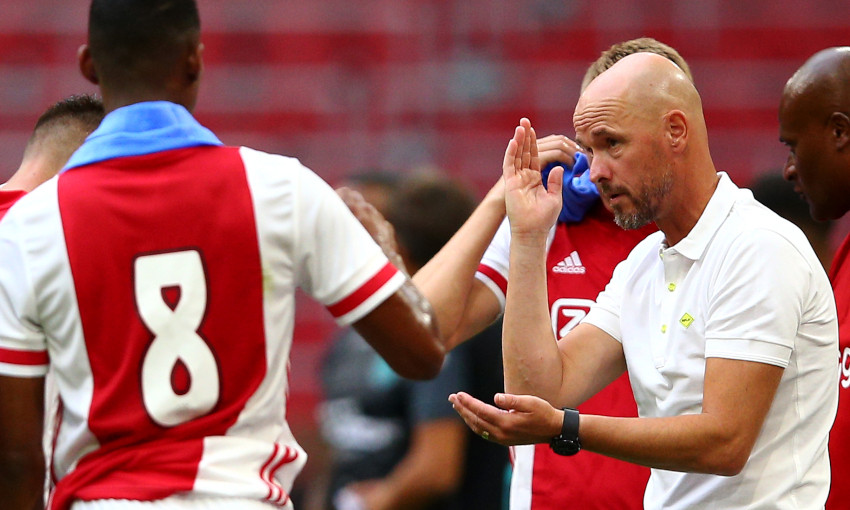 It's a strange quirk of fate that has kept Liverpool and AFC Ajax apart for 54 years since their only previous competitive encounters in 1966, but tonight's duel at Johan Cruyff Arena should certainly be worth the wait.

Few other clubs embody the past and the present of the European Cup as well as these two.

Having won half of the tournament’s 14 editions from 1971 to 1984 between them, in more recent times both have ended long exiles from the knockout stages – nine years in Liverpool’s case, 13 in Ajax’s – to leap back into the big time. When Liverpool got their hands on No.6 in June 2019, it could so easily have been Ajax, not Tottenham Hotspur, who stood in their way in Madrid, and would have been if not for Lucas Moura’s 96th-minute heart-breaker in the semi-finals.

So, what have the last 17 months held for the four-time European champions since Erik ten Hag’s captivating young side were a matter of seconds away from a shot at number five against the Reds?

Rather a lot, is the short answer. After the sales of Frenkie de Jong and Matthijs de Ligt to Barcelona and Juventus respectively, De Godenzonen – Sons of the Gods – exited last year’s Champions League at the group stage before losing out to Getafe in the last 32 of the Europa League.

Come the spring, Ajax were top of the Eredivisie – albeit with AZ Alkmaar trailing only on goal difference – and seemingly on course for a 35th Dutch league title, only for governing body KNVB to pause, and then definitively cancel, the season due to the global outbreak of COVID-19. The Amsterdam outfit still received direct passage into the group stage of this year’s Champions League but, unlike Liverpool enjoyed in July, there was to be no trophy, medals or opportunity to savour an honour won on the pitch.

It was a heavy blow to absorb for one of the select group of players to have represented both of tonight’s competitors, Ryan Babel, who had returned to Ajax on loan from Galatasaray in January for his third spell at the Johan Cruyff Arena. 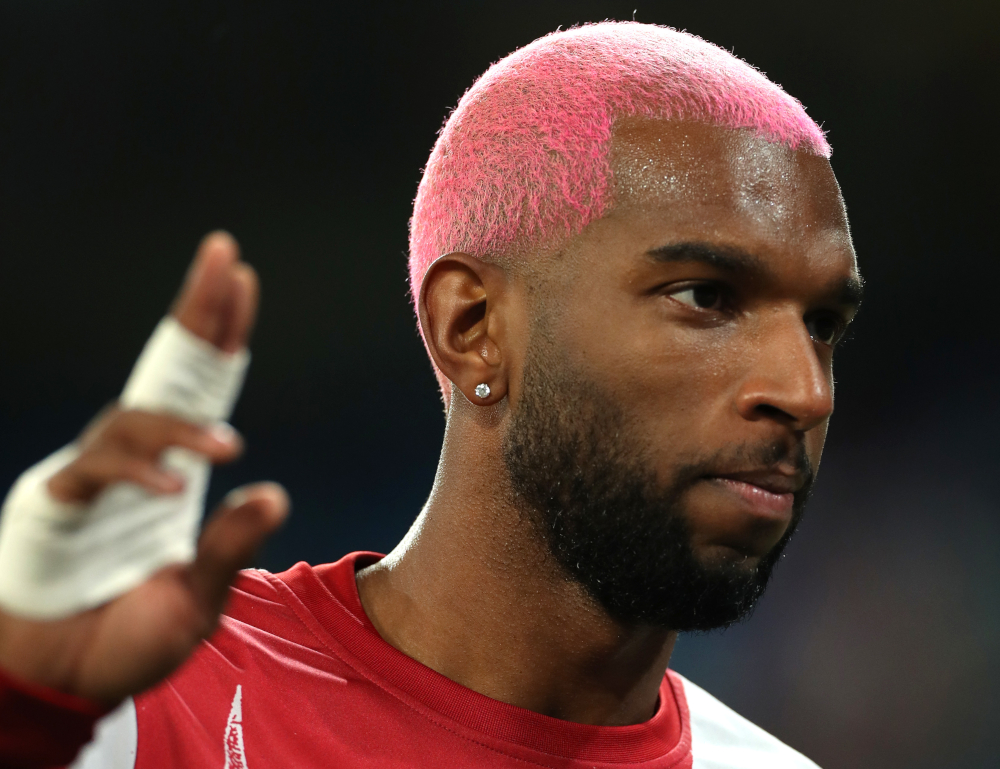 “We were on our way back to our best form, I think,” the former Reds No.19 tells Liverpoolfc.com. “I was there from January and we were a little out of shape with a lot of injuries, playing every game with a different set of players. Not that that’s an excuse but it was a bit of a struggle, and of course being knocked out of the Europa League by Getafe was a very big disappointment after a great year in the Champions League the season before.

“We had to cope with that, but we were finding ourselves and I’m sure we would definitely have fought until the last day for the league. Unfortunately, the league was then cancelled in April, so it was a very short spell for me personally.”

As recently as 2017 Ajax were eliminated in the Europa League play-off round. Ten Hag was appointed soon after, but the transformation since then can also be attributed to the shrewd decisions made by a management structure which reads like a who’s who of Premier League stars from the late nineties and early noughties.

“They definitely changed a lot of things in terms of management and structure compared to my very early days growing up there,” Babel observes. “They have evolved their methods of trying to get the most out of players, and in the last few years have done very well at producing great talent and also being able to convert that talent into young men able to fight against more mature European teams that have the finances to buy ready-made superstars.

“They proved that, with the right management, you can even reach the semi-finals of a major tournament with younger players who don’t necessarily have much experience. I think Ten Hag has done a very fine job of managing that group, but you also have to give props to [director of football] Marc Overmars and [CEO] Edwin van der Sar for having the right eye to select the right players.”

The summer brought more high-profile departures, but the calibre of the buyers – Manchester United for Donny van de Beek, Chelsea for Hakim Ziyech and Barcelona for Sergino Dest – illustrated the level of the talent Ajax are now churning out as a matter of course.

For all the emphasis on their youth and flair, however, the key to Ajax’s recent success is arguably Van der Sar and Overmars’ willingness to buck their own business model and sign older players – many of whom came through the club’s academy, left on a wave of hype and are now returning, older and wiser, for second or third stints. That list includes Daley Blind, Klaas-Jan Huntelaar, ex-Everton men Davy Klaassen and Maarten Stekelenburg, and Babel.

“It’s good source of experience,” says the 33-year-old Netherlands international. “With my second spell, for example, they had injuries at that moment and needed a player who could directly fit in and didn’t need time to adapt to the system and style of play. I was a perfect addition because I know the system, I know the culture, I know the Ajax way.

“It’s a combination of a few things, but they always have an open mind towards players returning, and it’s something they do well. I’ll always be grateful for getting the chance to join Ajax again.”

Currently second in the Eredivisie, one point behind early leaders PSV Eindhoven, Ajax’s only blip thus far this season came just before the international break when they lost 1-0 away to FC Groningen, Virgil van Dijk’s former employers and the hometown club of Michiel Jongsma – journalist and Opta’s senior editor for Dutch football – who has been most impressed by 20-year-old new arrivals Antony and Mohammed Kudus, with the duo’s instant acclimatisation proving that Ajax’s golden touch on the transfer market endures.

“Antony is a left-footed attacker who plays from the right. Coming from Sao Paulo, Ajax were dampening expectations around his arrival, saying he might need some time to adjust, but with three goals already it seems the league needs to adjust to him more than anything!” he notes. “Kudus came from Nordsjaelland and is already a fan favourite.”

Comfortable manning the midfield engine room or marauding further forward, Kudus ran the show with a goal and two assists in Sunday’s 5-1 trouncing of Heerenveen, and the young Ghanaian has caught the eye of an interested observer watching on from Istanbul.

“The player that stands out to me is Kudus in midfield,” says Babel. “He’s very energetic and so good with and without the ball, always making things happen for Ajax. He’s definitely one to watch.”

One of the main catalysts of Ajax’s recent Champions League adventures is Dusan Tadic, the former Southampton winger who has scored 57 goals in all competitions since moving to Amsterdam two summers ago, and the Serb is likely to play a central role again this evening.

“Ajax are still searching for the right formation, but I wouldn’t expect many tweaks from their 4-2-3-1,” states Jongsma. “So far in the league the No.9 position has been filled by Zakaria Labyad, with a varying degree of success, but the Champions League version of Ajax in recent seasons has seen Tadic up top. Expect lots of cutting in from the wings and lots of overlaps.”

Tonight is a special night for the Dutchmen amongst Liverpool’s players and staff, with a particular focus on Georginio Wijnaldum and Van Dijk as stars of the Netherlands national side. It’s another sad consequence of Van Dijk’s knee injury that the local spotlight will now fall on Wijnaldum alone.

“The Dutch press always has a thing of watching out for their compatriots, to such an extent that it’s not so much Jürgen Klopp’s Liverpool that Ajax are facing or the Liverpool of Sadio Mane, Roberto Firmino and Mohamed Salah – it’s the Liverpool of Van Dijk and Wijnaldum,” Jongsma adds.

“Wijnaldum and Van Dijk’s performances have boosted Liverpool’s popularity in the Netherlands and there’s a sense of pride that they represent such a big club. The good performances of those two epitomises the resurgence of Dutch football as a whole.”

All that leaves, then, is for us to ask Babel that unfair yet inevitable final question. Who’s he backing?

“I think it will be an open match between two teams that want to attack and show their football,” he diplomatically concludes. “Everything can happen, but I expect a great game, with goals and lots of chances. I don’t have a preference, I support both and want them both to do well, so… may the best team win!”