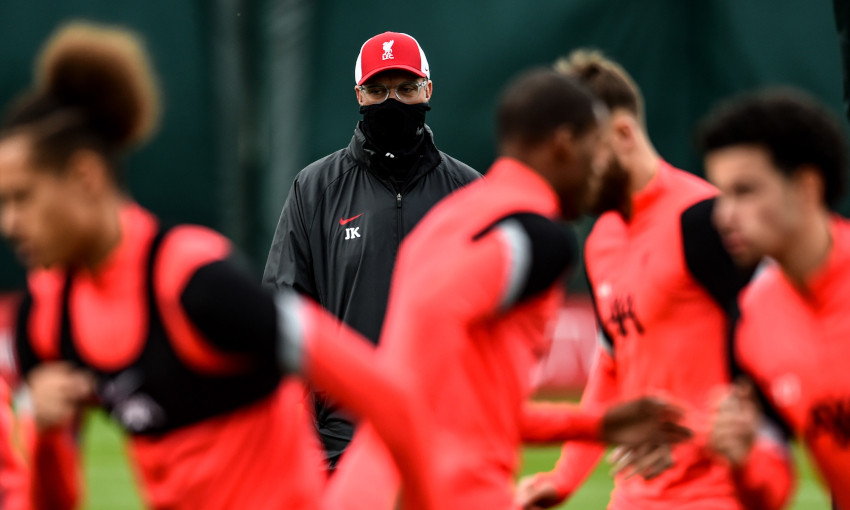 Jürgen Klopp must make at least three changes to his starting XI for the Champions League Group D opener against AFC Ajax.

Thiago Alcantara and Virgil van Dijk are sidelined as a result of the injuries they sustained at Goodison Park last weekend, while Joel Matip has not travelled to Amsterdam as a precaution.

“We have a lot of players here but some not and Joel is one of the players we have not here,” explained Klopp ahead of Wednesday’s tie with the Eredivisie side.

“So, it was always clear after the history he had that it’s not likely he will start again after the 90 minutes at Everton. Now we left him at home but there’s a good chance that he could be involved at the weekend again.

“Thiago is not here, everybody knows that because you watch us travelling. I don’t know how long that will take; how I said, two players suffering from the weekend – Thiago and Virgil. And Joel, but for different reasons.

“But I like the team we can line up, to be honest. I might be the only one! But I like it and I think we should give it a try.”

Jake Cain, Vitezslav Jaros and Rhys Williams were among those who made the journey from Merseyside to Amsterdam on Tuesday afternoon.

If he features at Johan Cruyff Arena, Roberto Firmino will bring up a half-century of European appearances for the Reds.

Teams are permitted to name up to 12 substitutes in the Champions League this season and use five during the course of the match.

Meanwhile, Ajax have ruled out summer signing Antony, who has scored three goals for the club since arriving from Sao Paulo. They will also be without young defender Jurrien Timber.

Head coach Erik ten Hag told reporters: “We have two players who are not match-fit: Jurrien Timber and Antony.

“The absence of Antony does not change our battle plan. You have to deal with setbacks, also tactically. We have a wide and good selection with other players who can also play there.”

As he prepares his players to face the 2018-19 winners of the competition, Ten Hag continued: “Liverpool are a big challenge. They are currently the best team in the world. If you win the Champions League and the Premier League in the space of two years then you are a strong contender for [another] Champions League title.

“Our team is set up nicely. We will be brave. We are going to turn what we have been working on into real work on the pitch.”