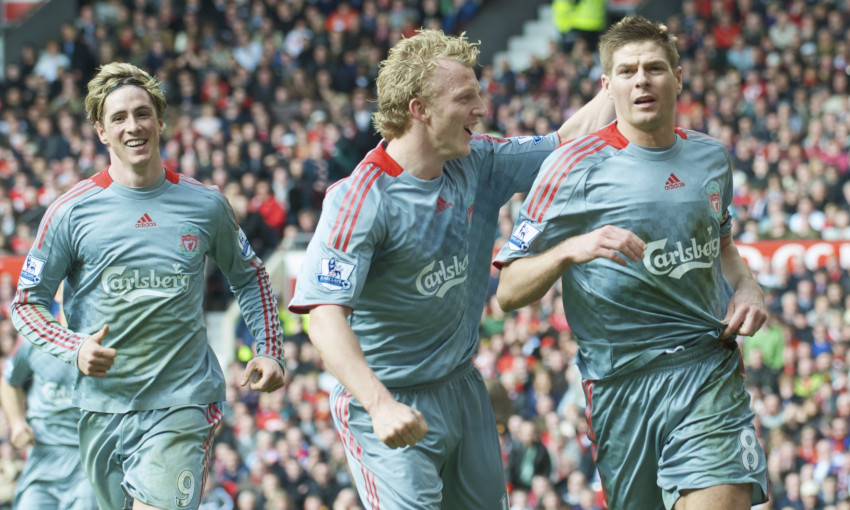 Before a ball had been kicked on March 14, 2009, Rafael Benitez’s careful planning for the clash with Manchester United that lunchtime, one he hoped would change the complexion of the title race, was disrupted.

An injury to Alvaro Arbeloa in the warm-up forced not only a personnel change but a positional switch, too. In came Sami Hyypia at centre-half, which meant a move to right-back for Jamie Carragher. 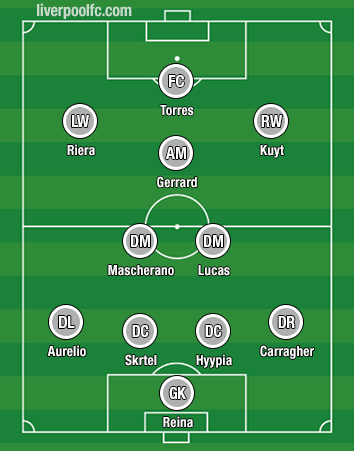 The Reds, who had dismantled Real Madrid 4-0 on a truly great European night at Anfield earlier in the week, trailed United by seven points before their trip down the East Lancs Road.

The ambition to overhaul their fierce rivals rested on returning with a win.

Yet the omens were very much against them. Benitez’s side hadn’t even scored on their three previous league visits to Old Trafford, losing each with an aggregate of 0-6. United had conceded only five goals in 13 home league matches that season. Liverpool had lost their last away game to a Middlesbrough team that would be relegated in May. And the influential Xabi Alonso was absent.

None of that influenced the confidence in the away dressing room, however.

“We always had the belief,” Dirk Kuyt, who lined up high on the right flank in the Reds’ 4-2-3-1 formation that day, recalled to Liverpoolfc.com.

“What we wanted to do was give everything for the shirt, for the team and for the supporters, to put in a good effort. We always believed we could do something special and also at Old Trafford.” 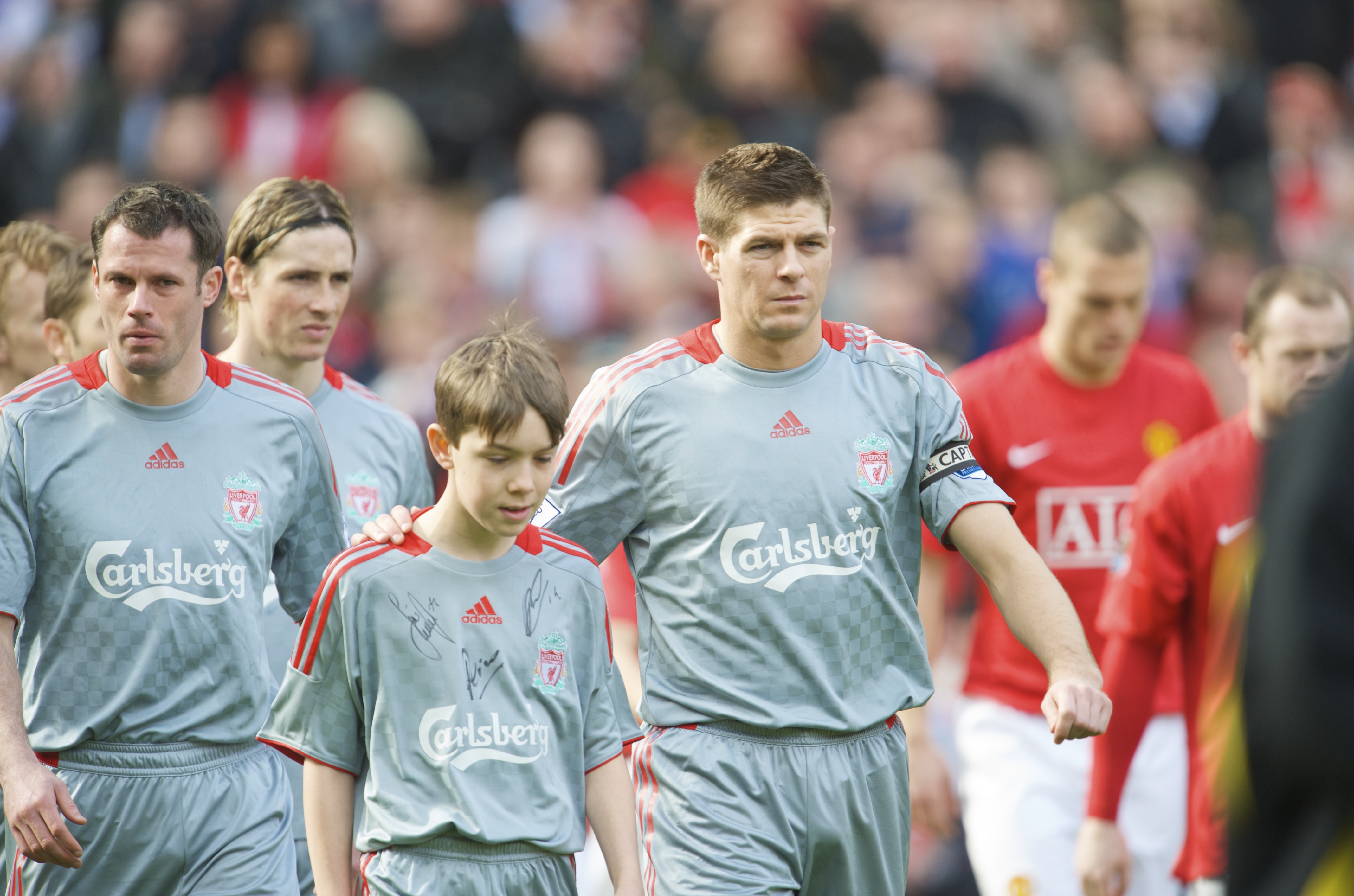 But not before one more blow – as United struck first.

A balanced opening 20 minutes had featured half-chances at either end, with Fernando Torres’ nimbleness around the penalty area notably troubling the hosts in a precursor of what was to come.

It was, though, a touch from Ji-Sung Park in the Liverpool box that would lead to the breakthrough as the South Korean reached a forward pass before the outrushing Pepe Reina and was brought down.

The Reds had been here before. In the Anfield meeting between the clubs six months and a day earlier, Alex Ferguson’s men went in front and Liverpool fought back to win 2-1.

They showed similar resolve this time, too, and were level within five minutes.

An ugly lump out of his own half by Martin Skrtel was transformed into a goalscoring opportunity when Torres’ presence caused hesitancy from Nemanja Vidic in his own half. The Spaniard stole the ball, used the space ahead of him to open an angle and clipped his low shot left of Edwin van der Sar and inside the post. 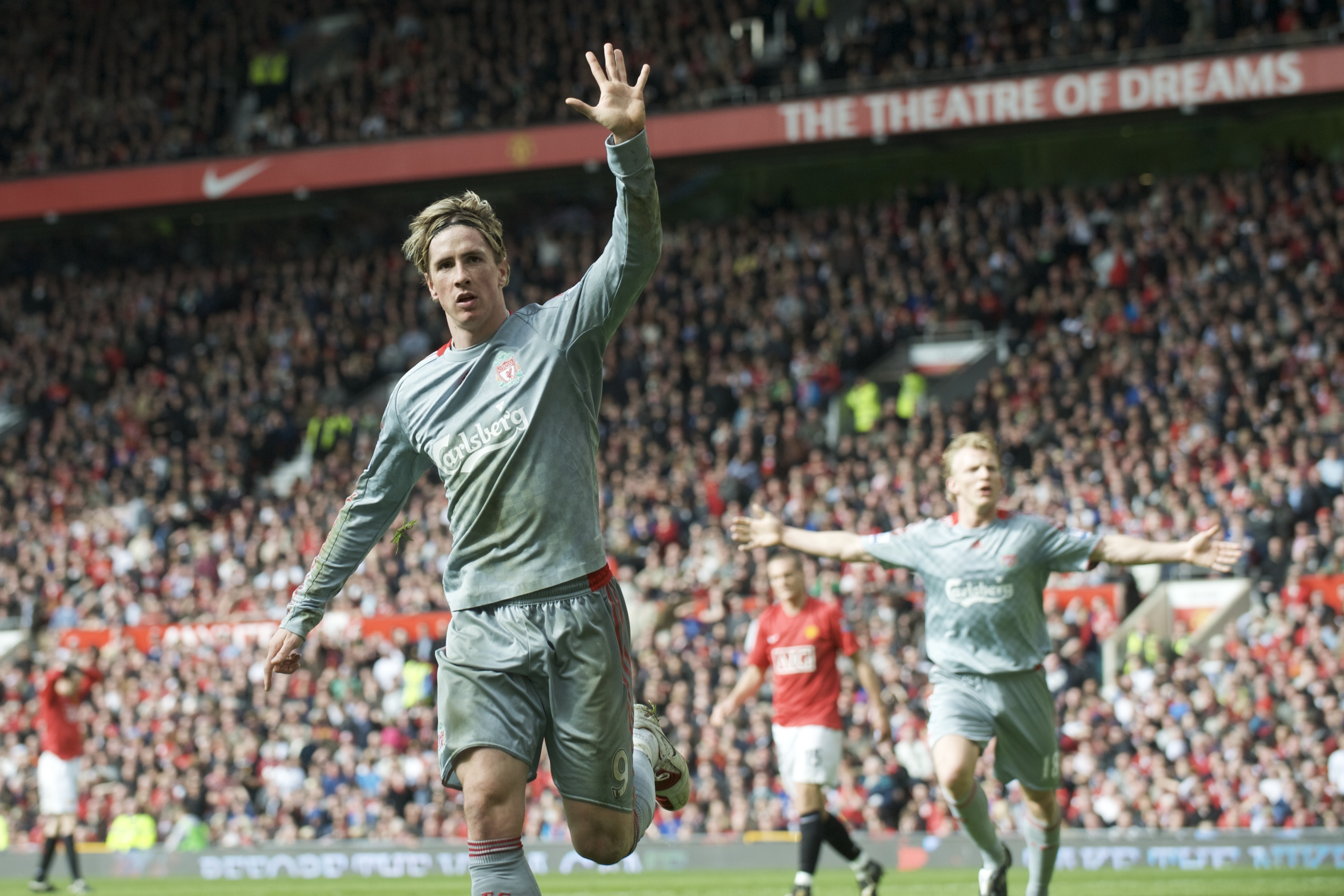 Another comeback was under way.

“We had great team spirit back in those days,” explained Kuyt. “And we had great leaders in the team; we had Jamie, we had Stevie and also Fernando up front. They were leading the team at that time.

“Beside them, we had great team spirit and had a team that was fighting for each other, on and off the pitch. The strength back in those days was the squad, we were always ready to give an effort and everything we had for the team.”

They also had sheer quality, none more so than in Steven Gerrard in his most prolific campaign for the club, which he would end with 24 goals in all competitions.

A sixty-second spell after the interval would be decisive in this contest, but the turning point was provided by Liverpool’s captain a minute before half-time.

Bursting onto a pass into the right channel, the No.8 drew a lunge from Patrice Evra that prompted a penalty from the ‘stonewall’ category – and planted the spot-kick beyond the reach of Van der Sar to have his team ahead at the break.

Gerrard sealed the turnaround with an iconic kiss for a nearby television camera.

Watch: Highlights of the 4-1 at Old Trafford

United, of course, came out for the second half with intent and the combined threat of Ronaldo, Wayne Rooney and Carlos Tevez in their attack helped to mount pressure on the Reds goal, though without genuinely concerning Reina.

Ferguson sought to alter the situation with a bold triple substitution 16 minutes from time, the Scot sending on Dimitar Berbatov, Ryan Giggs and Paul Scholes in one swoop.

But, quickly, it was game over.

Vidic wrestled Gerrard to the ground to prevent him from running clear on goal and was dismissed. From the free-kick 25 yards out, Fabio Aurelio guided the ball on a perfect arc over the wall and inside the right post for 3-1.

If the jubilant away end believed things couldn’t get any better, they were wrong.

Andrea Dossena scored two goals across his two seasons with Liverpool. Both came in that week in March 2009.

Having finished off Real on the Tuesday, the Italian left-back came off the bench at Old Trafford to add another flourish – this an unforgettable, first-time lob to wrap up a famous result. 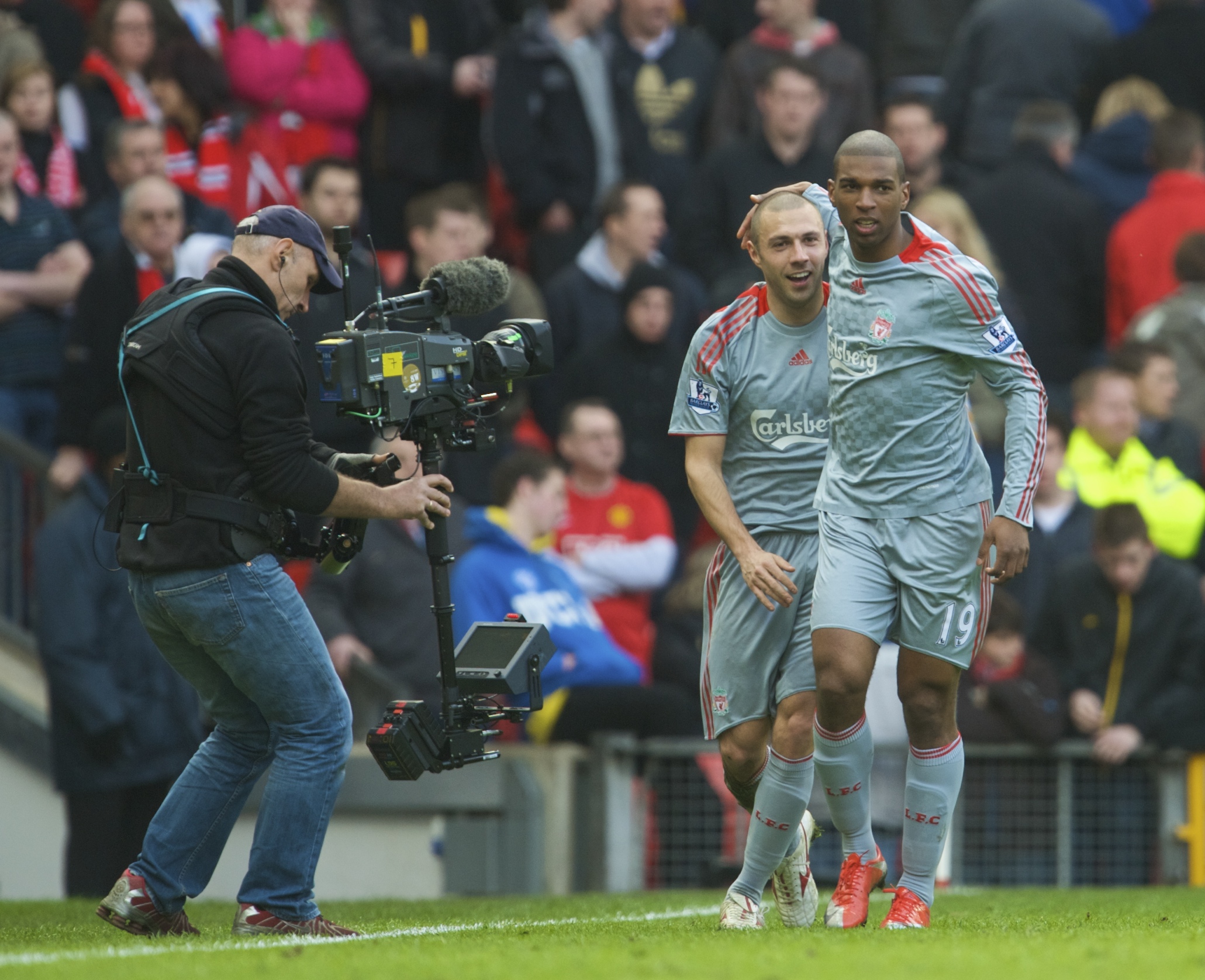 United would ultimately hold off the Reds’ pursuit to clinch the title, but that afternoon in Manchester represented the very best of Benitez’s 2008-09 crop.

“Since the first day I was at Liverpool, that was the spirit,” said Kuyt. “That you never give up, you always have to believe you can win games, even when you’re one down or two down.

“We did it many times. It’s just a belief in the quality and the strength of the team and never giving up. Of course, you need quality on the pitch to win games like that but the mentality always comes first – and that was in that team at that moment.”