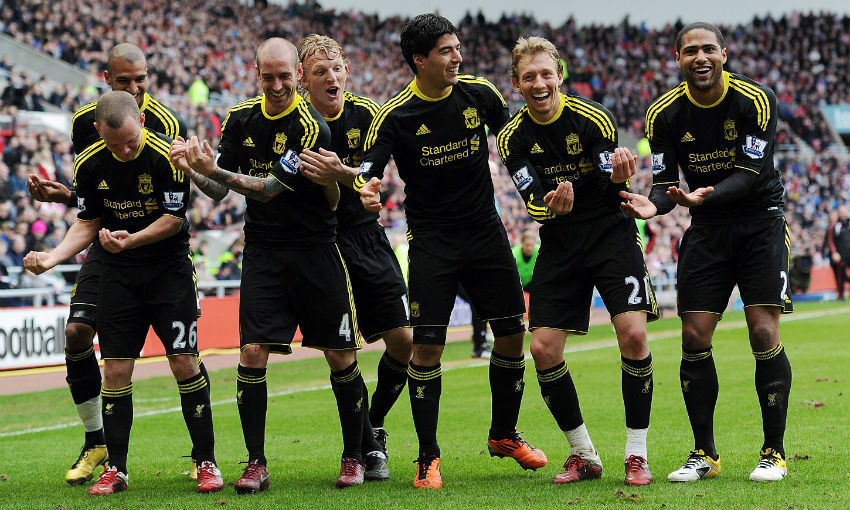 A typically audacious Luis Suarez goal sealed a 2-0 win for Liverpool at Sunderland on this day in 2011.

The No.7 somehow squeezed home an outside-of-the-boot finish from a seemingly impossible angle late on at the Stadium of Light, where Dirk Kuyt had earlier converted a penalty past future Reds goalkeeper Simon Mignolet.

The ‘baby-rocking’ celebration that followed Suarez’s moment of inspiration was in honour of Lucas Leiva’s newborn son, who had arrived 24 hours earlier.

Back in 1993, Ronny Rosenthal’s last-minute strike earned a 1-0 victory for the Reds and, 12 years later, Steven Gerrard and Luis Garcia were on target in an eventful 2-1 win over Everton.

A precise free-kick by Gerrard was added to by Garcia’s header as Liverpool led 2-0 at a half-time period during which Rafael Benitez was forced into a triple substitution. 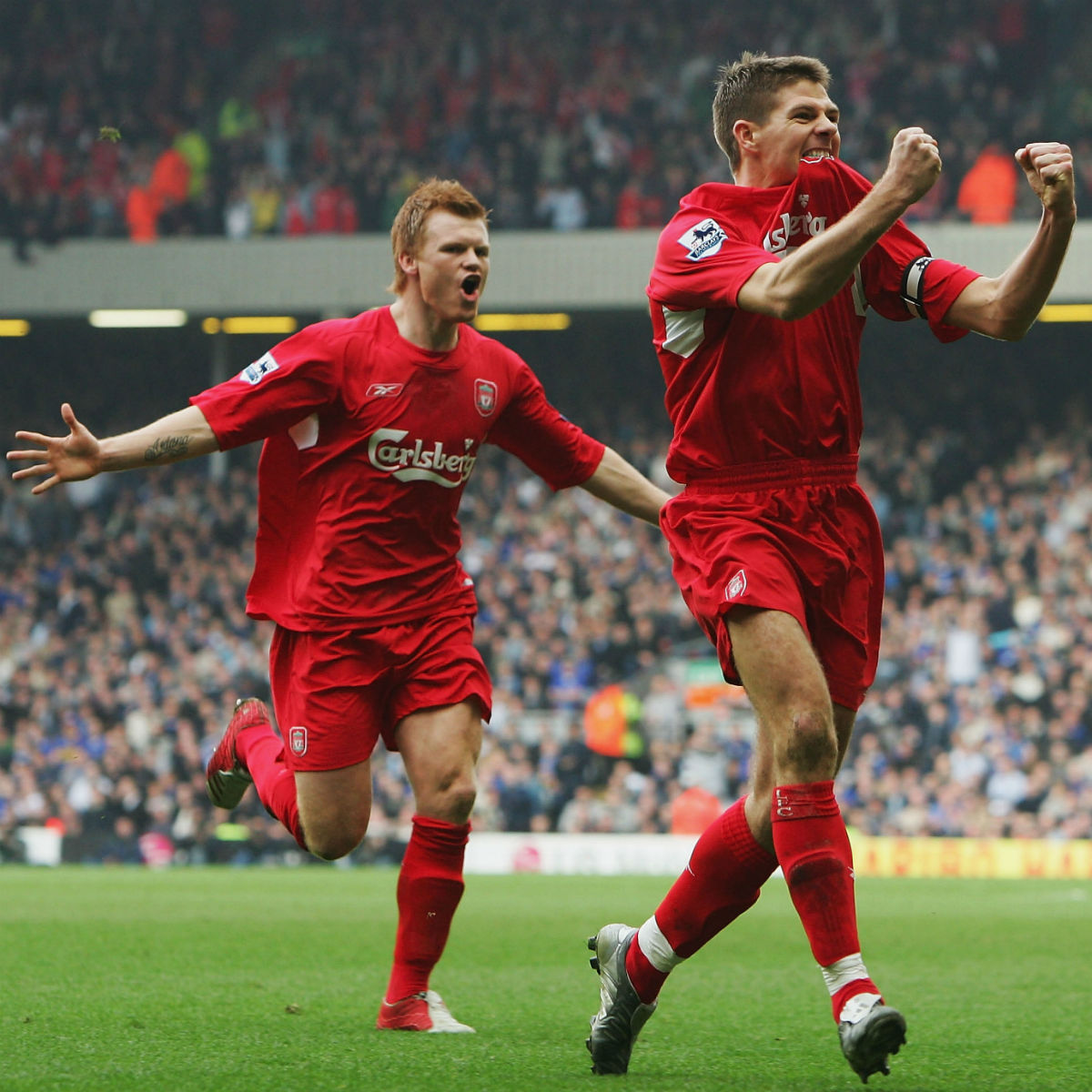 Dietmar Hamann, Fernando Morientes and Stephen Warnock all went off injured, while Garcia played on despite an ankle issue. Milan Baros was then sent off before Tim Cahill pulled one back for the visitors, but Liverpool held on to claim all three points.

Steve McManaman’s brace helped Roy Evans’ side to a 3-0 FA Cup victory against Leeds United in 1996, and Robbie Fowler scored twice as SK Brann were beaten by the same scoreline 12 months later. John Barnes made his 400th appearance for the club in that European Cup Winners’ Cup tie. 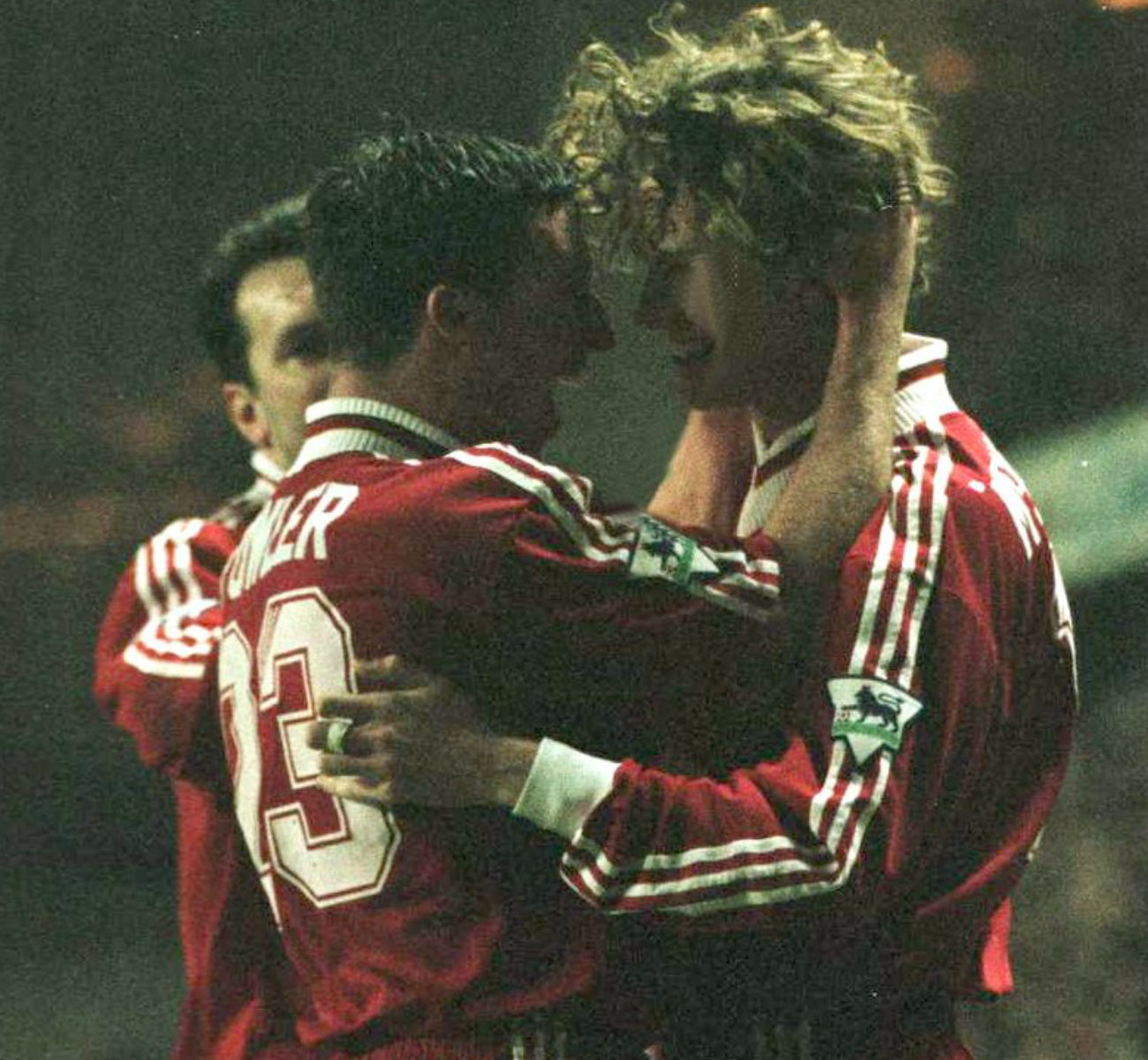 On March 20, 1963, Chris Lawler played the first of his 549 Liverpool games and, most recently on this day, Sadio Mane netted twice against his future club as the Reds lost 3-2 to Southampton in 2016.