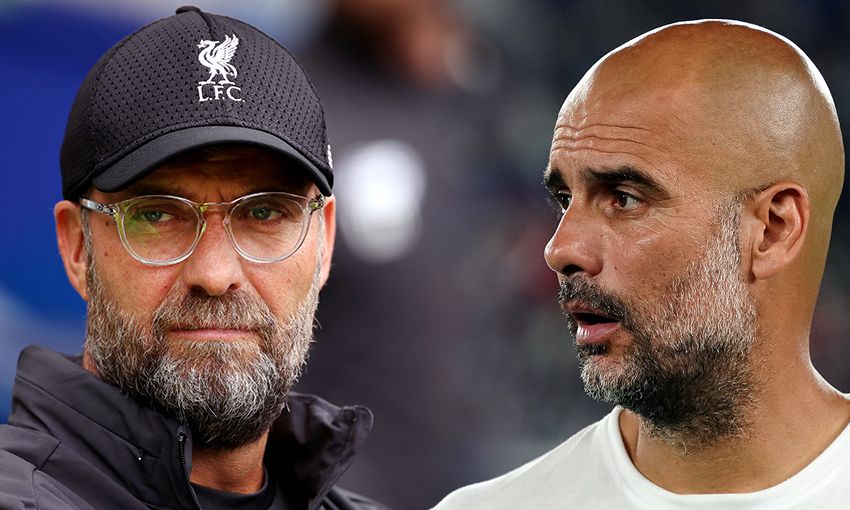 Pep Guardiola's side pipped Jürgen Klopp's Reds to the 2018-19 domestic title by a single point, but Liverpool bounced back to win the Champions League, for the sixth time, in June.

City's FA Cup win means the two heavyweights will now clash at Wembley in the new season's traditional curtain-raiser as the managers meet for the ninth time in English football.

Klopp currently holds the edge, with Liverpool winning four of their eight meetings with Guardiola's City, and drawing two.

But what can we expect from City this time around?

We spoke to journalist, author and City fan Simon Curtis (@bifana_bifana) to get the lowdown...

What are the expectations of the fans heading into 2019-20? 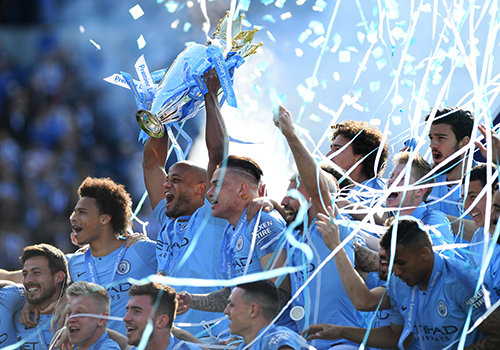 The last two seasons have surpassed everybody's expectations, so I don't think it can get better and I'm pretty sure I'm not alone in thinking that.

One hundred and ninety-eight points in two seasons, back-to-back league and League Cups plus an unprecedented treble last season. Most City fans are still pinching themselves. How can anybody now ask for more?

I'm expecting a real attack on the Champions League to be the priority (with retaining the Premier League equally important) this year. Perhaps the domestic cups are set to suffer as a result.

Which clubs do you foresee providing the main challenge in the Premier League and in Europe?

Everything is pointing to another titanic battle with Liverpool. The Community Shield will be the first pointer, although early-season stuff has to be taken with a pinch of salt.

Arsenal's signing of Nicolas Pepe might also be significant, but I think there will once again be a sizeable gap between the top two and the following pack, which I would expect to include Everton this time round.

In Europe, I would expect Bayern Munich and Barcelona to be better than last season and Liverpool and Atletico Madrid to join them in providing a stiff challenge. We have had Monaco, Ajax and Tottenham Hotspur provide shocks in recent years, so look out for Lille and Atalanta for this season's upsets.

Has pre-season hinted at any changes in formation, tactics or line-up from Guardiola? 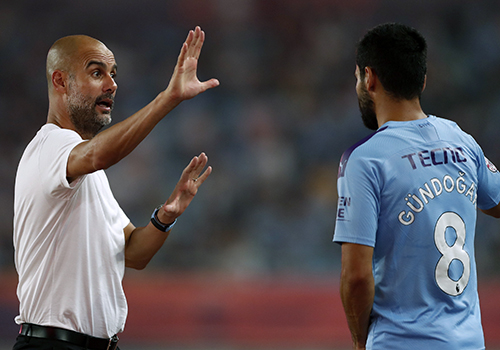 The main stories have been the ongoing transfer rumours surrounding Leroy Sane and the arrival of Rodri. Sane would be missed if he goes to Bayern, as his mesmerising running is a real aid to unbalancing defences, as Liverpool well know. Rodri has settled immediately and could be a real asset.

With Kevin De Bruyne back fit and in form from the start, I expect the same shape but with personnel beginning to change a bit. No Vincent Kompany, less David Silva and Fernandinho, perhaps no Sane, but the effect will still be the same: coming at you from all angles.

What effect will the departure of club captain Kompany have on the squad?

He has been an absolute stalwart and a great figurehead. As an ambassador, captain and pivotal figure around the club, he will be greatly missed, that's for sure. His game time had been coming down significantly in the last few seasons, so I don't expect him to be missed so much on the pitch.

Tell us a bit more about new arrival Rodri... 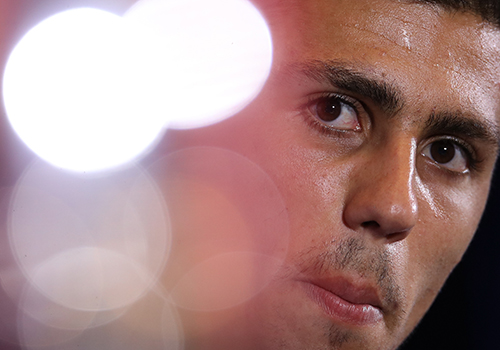 Well, his signing certainly spells a reduction in Fernandinho's burden of work. What the 34-year-old has got through in recent seasons is phenomenal. Rodri is already showing up as not only a good long-term replacement for him, but someone who is mature enough and good enough to step straight into that all-important holding role.

He is calm, athletic, very strong, finds his man with the minimum fuss and by all accounts is a humble, down-to-earth character. We wait to see if he can become the master of the little nudge and the casual leg-in-the-way that Fernandinho was!

Despite being unheralded, Rodri could turn out to be the signing of the season.

We've heard plenty about the potential of young Phil Foden over the last 12 months, will he get his chance this season? And if so, at the expense of who?

Foden is another who will be more prominent this season. There are so many games to play that he will not lack opportunities. As he gets physically stronger, I'd expect him to start more and more. Guardiola has been making all the right noises about him, so don't be surprised to see him feature more often.

With Sane on the verge of going and David Silva on a reduced watch, there will be places to fill in key creative areas and Foden has the talent and confidence to step in and do a job in any company.

Who will be City's key player this season?

A fit-again De Bruyne is set to carry all before him. When he is on song, the whole show goes up a level.

How will City line-up at Wembley? Will Guardiola play his strongest side? 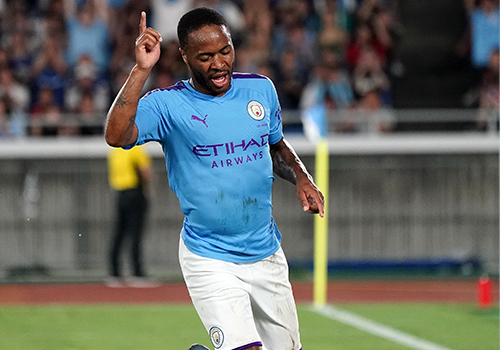 Yes, I think he will. This is Wembley, a showpiece occasion in front of the watching world. We all know a defeat will not mean too much but it is the first psychological blow towards who dominates the coming season.

I'd expect two strong line-ups. Up front both Sergio Aguero and Gabriel Jesus have only just arrived back from South America, so Raheem Sterling may well lead the line.

Last season the teams cancelled each other out at Anfield, but the Etihad game was a real cliff-hanger. I'm looking forward to seeing how both defences deal with the two most dynamic attacks in the country and which of two deluxe midfields take control of things to build a decent platform for the attackers. In this respect, Rodri's baptism in amongst the flying red socks will be one to watch.

Liverpool's pre-season has been more troubled than City's, but I predict they will now be closer to what we expect from them for the start of the season so it'll be another close one, with City edging it 2-1.