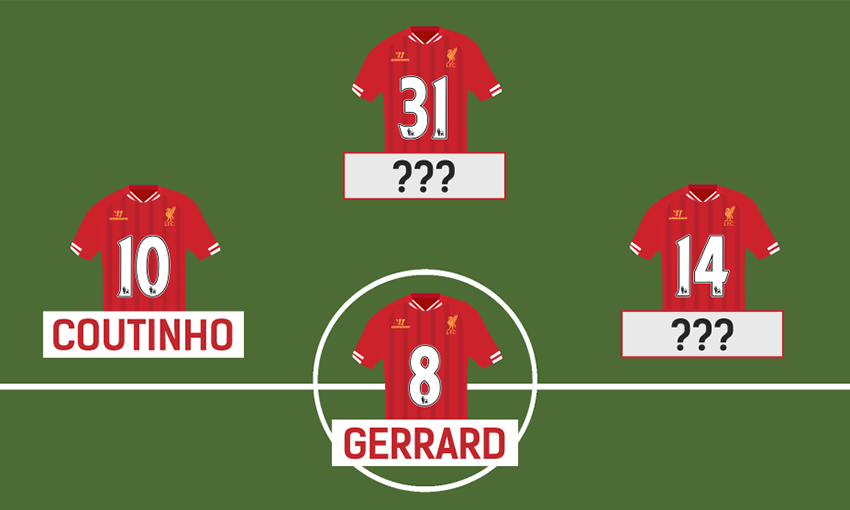 Philippe Coutinho scored Liverpool's winner in a 3-2 thriller with Manchester City at Anfield in April 2014, but can you remember the rest of the starting line-up from that day?

Brendan Rodgers' Premier League leaders raced into a two-goal lead against Manuel Pellegrini's visitors but were pegged back just past the hour mark.

Coutinho restored the Reds' advantage in the 78th minute when he latched onto a sliced clearance from Vincent Kompany and finished past Joe Hart to help LFC go seven points clear of City.

But who scored Liverpool's other goals that day? And what was the starting XI? Can you fill in the Missing Men below? 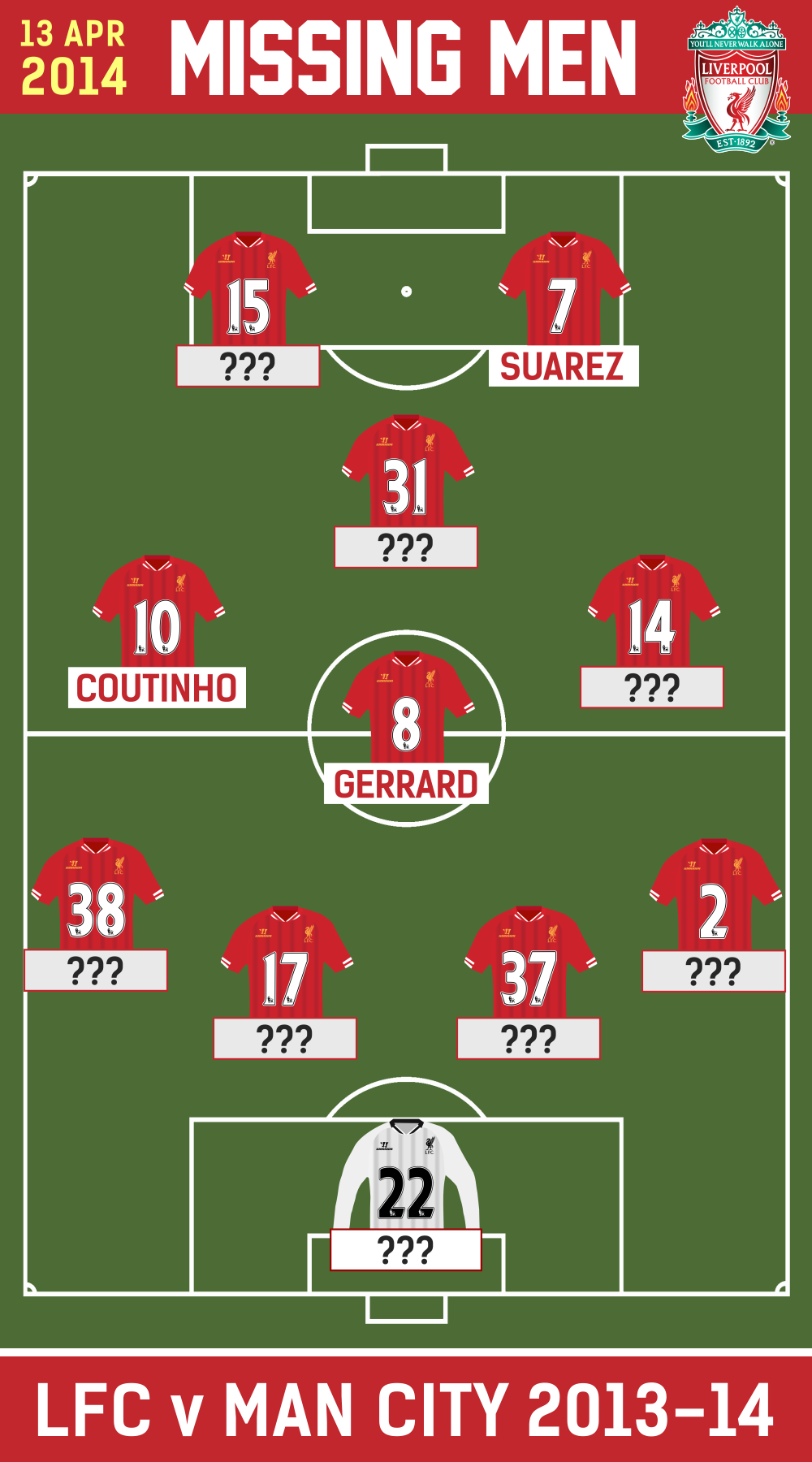