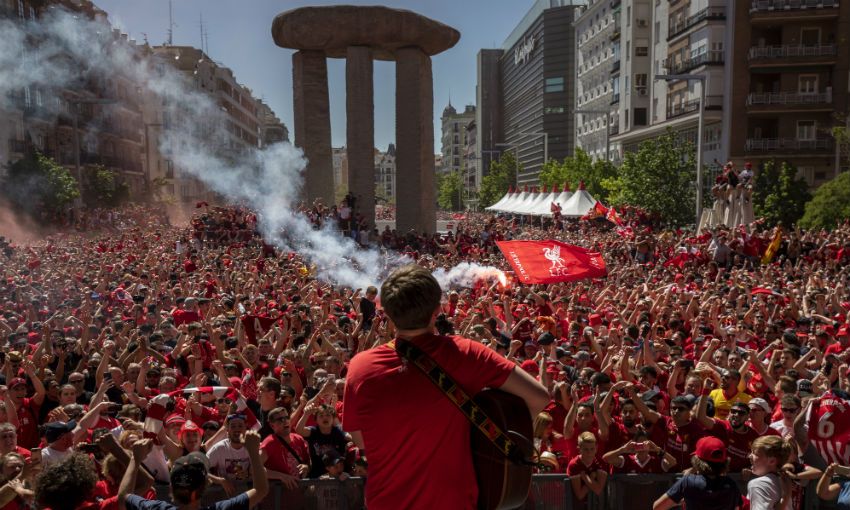 Virgil van Dijk usually sleeps in the hours leading up to a game.

Not this time, though.

Across town, a party was going on - and Liverpool’s No.4 was there, in spirit at least.

“It makes you happy even before the game to see all those fans in the square - 50,000 people I think. Everyone has seen those videos before the game and you’re so excited,” Van Dijk said.

“Normally I get a little sleep before a match, but it was difficult. I was like, ready to go, ready to see my family, see all the fans and to come out for the warm-up, it was a special feeling. In the end to lift the trophy was incredible.”

You know by now that the party was in Madrid; that the trophy Van Dijk refers to is the European Cup.

Plaza Felipe II is a square located on the north-east tip of the centre of Spain’s capital.

And, on the afternoon of Saturday June 1, it was the place around which the Liverpudlian universe revolved.

Between 50,000 and 60,000 Liverpool fans were there. There, in the searing sunshine, to celebrate their football club ahead of the 2019 Champions League final.

There, it transpired, wowing Van Dijk: the footballer who would, a few hours later, hold that trophy aloft having put in a Man of the Match performance in the Reds’ 2-0 victory over Tottenham Hotspur.

So, what does Tom Cassidy, the club’s head of tourism and the man who led the organisational team behind events in the fan park, make of that?

“Nice one, Virg!” he tells Liverpoolfc.com with a smile.

“It makes me feel that we’ve done our little bit. A mate of mine sent me that comment the morning after the game and seeing that is, I think, a big thing.

“I think he [Van Dijk] retweeted Jamie [Webster] doing his song, which is on close to three million views now. It’s crazy, the power of that. It’s nice. The club is very much as one.”

While preliminary planning for what would unfold at Plaza Felipe II had begun earlier, the process started in earnest after Liverpool’s logic-defying semi-final win against Barcelona.

Equipped with the experience of masterminding Shevchenko Park 12 months earlier, Cassidy set about the task of creating something bigger and better.

“Last year it was primarily me working on it, but this time we had a much bigger core team with the likes of Jane Phillipson [part of LFC’s international fan activation team] and Rob Tinsley [stadium safety officer] - they were invaluable and it’s not an exaggeration to say the event wouldn’t have happened without them - and then a wider team, too,” Cassidy explains.

“Craig Evans came on board to look after the press and broadcasters and we had Julie Edler who was also involved on the day as well. My other half Lora came as she speaks very good Spanish, she helped out loads in Kiev as well, and along with a few more volunteers we were armed and ready this year.

“We brought in Dave Pichilingi, who runs Liverpool Sound City. Last year, we did a decent job once we got the OK to do it, but none of us had put an event on for up to 60,000 people so Dave came in with a couple of weeks to go and he was invaluable.

“We knew it was going to be on a much, much bigger scale [than Kiev] and that brought opportunities, but also made it more challenging too.

“It was like a festival: whereas Shevchenko Park just kind of happened and was a bit of a blur, this was different. The stage this year was a proper stage, not a bandstand like we had in Kiev! Everything had to go up a couple of levels and it did.

“Madrid’s a lot easier to get to than Kiev, so although we were a bit unsure in terms of final numbers we were anticipating up to 50,000 plus in the space - and we were right.”

The three weeks prior to the final were, Cassidy recalls, ‘really intense’, and a trip to Madrid to check out the venue brought the difficulties mentioned into sharper focus.

“We didn’t particularly like the space we were given: we felt it was a bit small, it was narrow, potentially compromising. It worked in some ways but not in others,” Cassidy says.

“And the company who were assigned by the local organising council to work with us, they’d already come up with and got planning permission for their structure and model and they didn’t like the fact we were saying: ‘That’s going to cater for 8,000 fans, that isn’t big enough.’

“We weren’t popular, but we had to be really insistent that we were expecting huge numbers and what they were doing, with a part-tented structure, was nowhere near big enough.

“They couldn’t get their heads around that and it was only through not getting great feedback initially that I had to, I’m going to say diplomatically, be really forceful. What we needed wasn’t what we were getting.

“Once we’d firmly said what we needed, we went for a meeting with them the following day and I think then it started to become a little bit easier.

“But certainly between the core team, whether it was morning, noon or night, there was constant communication and planning. It was a lot more intense than Kiev, but we knew it had to be because of the added challenges that we had.”

Hurdles continued to arise - and ultimately be cleared - up to and including on the day itself.

In fact, Cassidy had to take the mic himself when the party was temporarily halted during Chelcee Grimes’ slot. 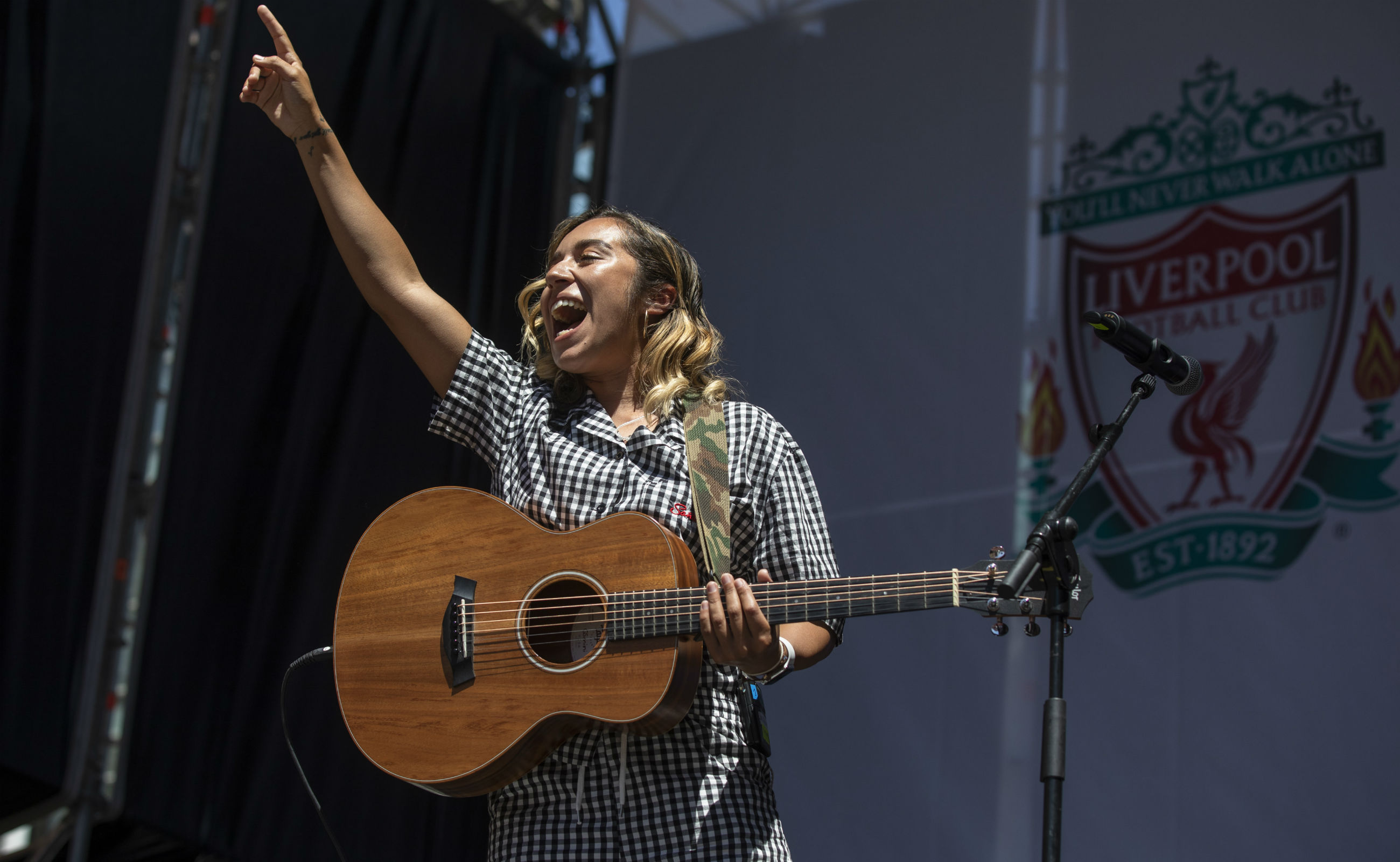 “Chelcee was going to finish with a Beatles singalong then a cover of Dua Lipa’s One Kiss, but as it happened at that time, we got closed down by the police,” he describes.

“We were trying to communicate with the audio-visual guys who’d had the call from the police that look, everyone might be boisterous, but everyone is on board with what we’re doing and we need to keep this going.

“It took about 15 minutes to sort out and I had to get on the mic and talk to 60,000 people for the first time in my life! We had to get some people down off a gallery so I just had to say: ‘We can’t carry on unless people come down from there.’

“You’ve just got to keep a calm head in that situation. It was a negotiation. We got the local police on board and rather than panicking you’ve got to stay calm. I learned a lot on that day!

“Ninety-nine per cent of the fans were impeccably behaved but we just needed everyone to calm down a little bit, and then we agreed that every half an hour from 3.45pm we would give an announcement out asking people to start making their way to the stadium.

“The police were still there but it was funny, a lot of the police were more interested in taking a photo! They were going: ‘Wow!’ They hadn’t seen anything like it before and were saying ‘good party, man!’”

Prior to the brief, unscheduled intermission, Cassidy had realised that he was witnessing something special.

“John Power doing You’ll Never Walk Alone, when that camera pans out onto the crowd, that’s a proper ‘pinch yourself’ moment,” he remembers.

“Straight after John finished, Colin Murray DJ’d. That was a bit of a left-field choice by me because I’m from Liverpool myself and know that a lot of Scousers, we only like things a certain way which is what’s been the tried and tested thing.

“But I felt it was a long day and that we needed to add a bit of different energy in there. As I saw the crowd losing it to Faithless and Bohemian Rhapsody - I think that video’s been watched 1.2 million times now on Colin’s Twitter feed - that’s when you know it’s going well.”

Just had THE BEST HOUR OF MY LIFE DJing in the Liverpool fan park. I’m on the floor after that. ❤️ @LFC #YNWA https://t.co/LmXHZGILpJ

Once the authorities had given the green light for resumption, the atmosphere in Plaza Felipe II went into overdrive.

Cassidy picks up the story.

“Chelcee came back on and did One Kiss which went amazingly well, and then we moved on to the BOSS Session part two. And then as they say, the rest is history.

“Kieran [Molyneux] and Jamie [Webster], they smashed it. There’s some amazing footage of when the Van Dijk song is being played and that was when, from my perspective, everything had calmed down and we were coming to the end of what we were delivering, so I think that was probably the time when I felt that one main moment of satisfaction.

“Jamie played for about an hour, went through his full repertoire, and seeing him with a big, beaming smile on his face, that was when I allowed myself to think ‘OK, this has gone well’. 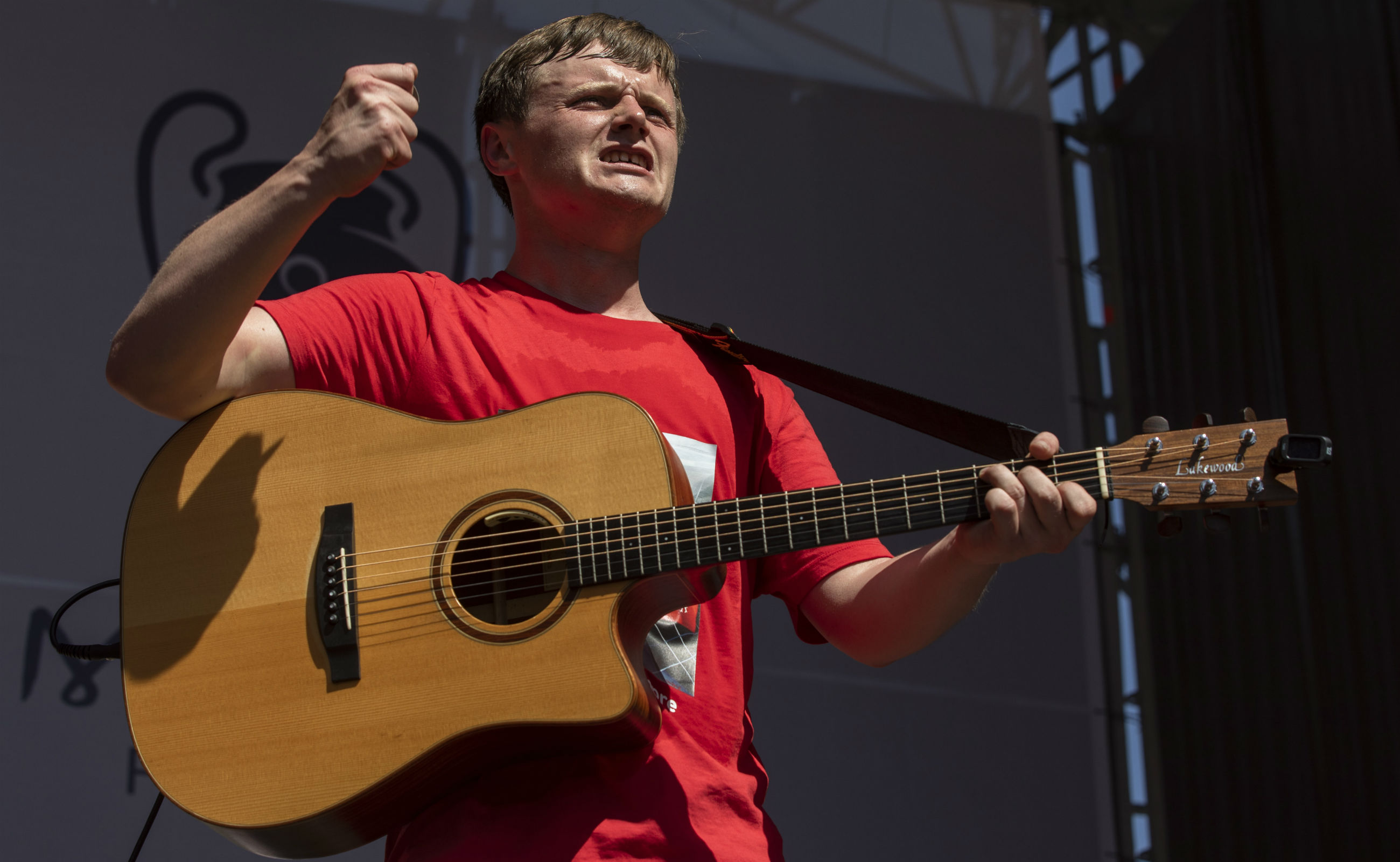 “But then as soon as the event had finished I had to run back to the hotel because I was also organising the club’s end-of-season celebration party, which happened after the final, and there was still loads of work to do on that.

“At one stage I wasn’t going to the game because there was too much to do. I got there in the end but as soon as Origi’s goal went in, I had to leg it and get back to the hotel to finish the preparations!

“Between the two events, it was probably the most challenging weekend of my working life. But it was also the most fulfilling and exhilarating, and I want to say thank you to all the fans who were there with us for the day.”

Few Liverpool supporters will need reminding that the 2020 Champions League final is set to take place in Istanbul, of course.

And, already, Cassidy is thinking about how he would go about surpassing Kiev and Madrid in Turkey.

“Something that went through my mind is that in a different location, we could maybe have a couple of different stages: a main stage then a secondary one. It wouldn’t have worked with the space we had in Madrid, but that’s maybe something for the future,” he states.

“It’s about being creative. I didn’t want people who went to Shevchenko Park to come to Madrid and say: ‘I preferred it last year.’

“I think we did it as well as we could in the circumstances and some of the comments we’ve had, it does make it seem all worthwhile. Obviously getting recognised by your peers is good, but when people say ‘that was the highlight of the best weekend of my life’, that’s incredible.

“Going forward, which artist isn’t going to be inspired by performing for 60,000 people? I think we nailed it this year in terms of the entertainment but we’re not patting ourselves on the back. Next year, if the opportunity arises, it’s about what can we do to make it better?

“I think we reinvented ourselves from Shevchenko Park. We raised our game on many levels - but there’s still room for us to go further.”