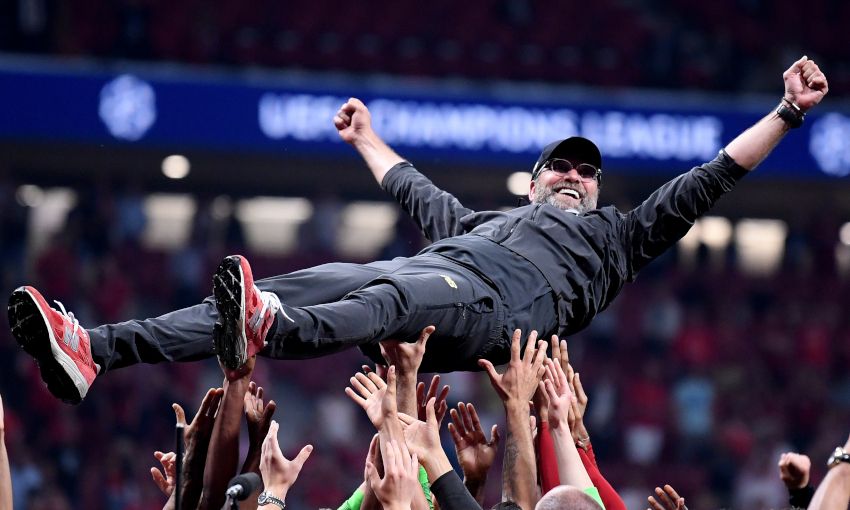 Jürgen Klopp's mentality monsters became European giants on a sweltering night in Madrid that ended with Liverpool as winners of the Champions League.

The 13th game of another exhilarating journey through a competition that speaks to the very heart of the club proved anything but an unlucky charm for a Reds team that now rightly earns its own immortal status.

“We want to write our own history,” Klopp has said often and meaningfully in a four-season reign that had included three final defeats and a Premier League runners-up finish.

Tonight, they did it.

Where Liverpool’s agonisingly futile pursuit of the Premier League title this season was a test of endurance, this tournament has always represented escapism.

Its intrinsic romance has again, as it did for those who trekked across the continent throughout the golden era of the 1970s and ‘80s and later courtesy of the wily Rafael Benitez, captured the hearts of a new generation of supporters.

You could see it in the joyous scenes at the Fan Park at Madrid’s Plaza Felipe II, arms aloft hours before Old Big Ears was thrusted into the air by the hands of Jordan Henderson.

Thousands of all ages gathered to simply sing songs about conquering the continent and celebrate the fact of it. Another European Cup final. Another opportunity. Allez, Allez, Allez. 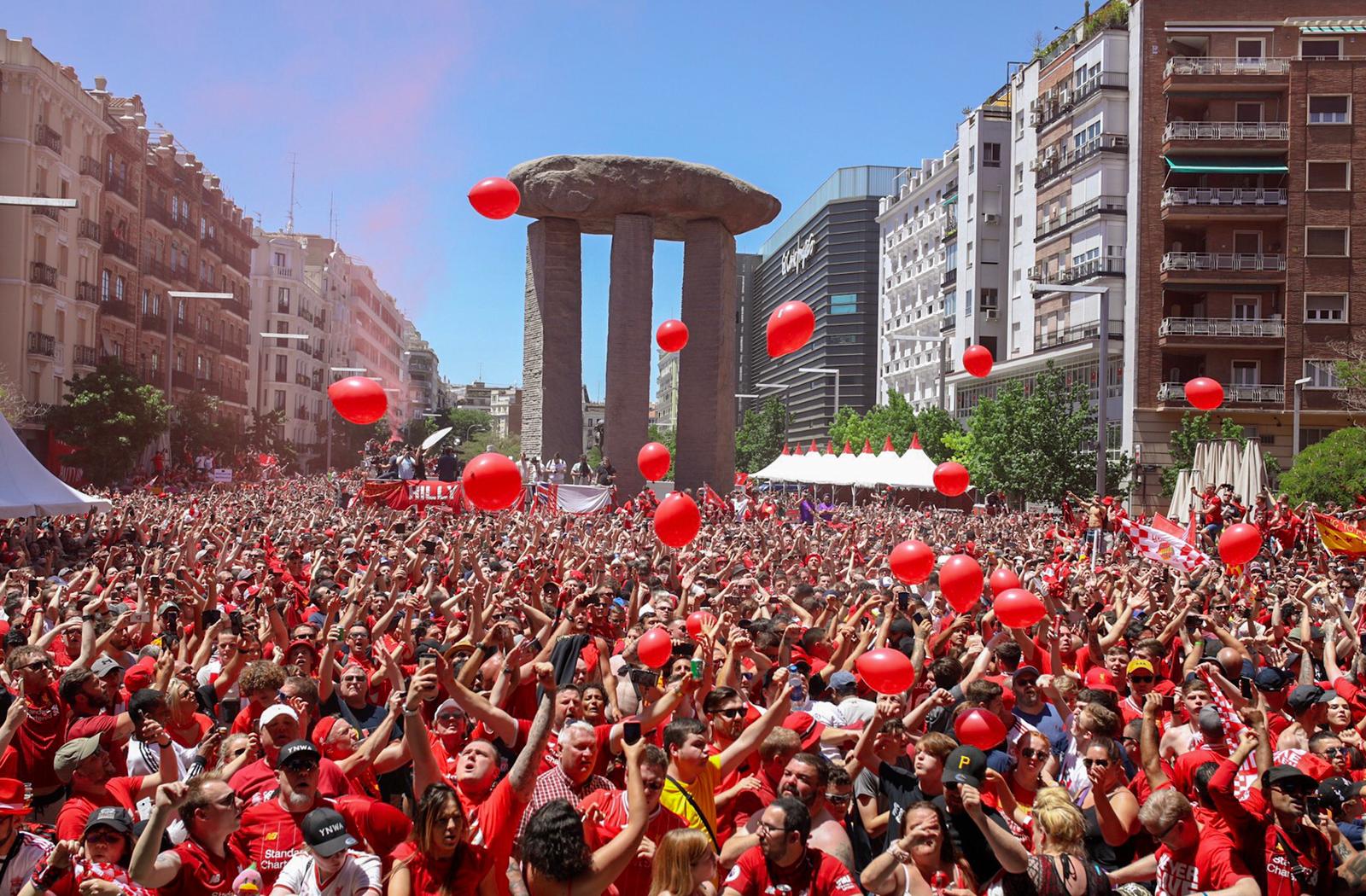 You could see it on the streets of Liverpool, in the homes and watering holes around the world where those of a Red persuasion massed to cheer and chew fingernails as the action played out in the Spanish capital.

You could see it in the sea of colour formed in the South End of the magnificent Estadio Metropolitano that backed Klopp’s men during a stodgy first half punctuated by a disarmingly quick breakthrough.

A year, six days and 108 seconds of this final took the Egyptian from the teary despair of trudging off in the first half in Kiev to a penalty that he walloped in with the intent of a man not interested in being disappointed twice. 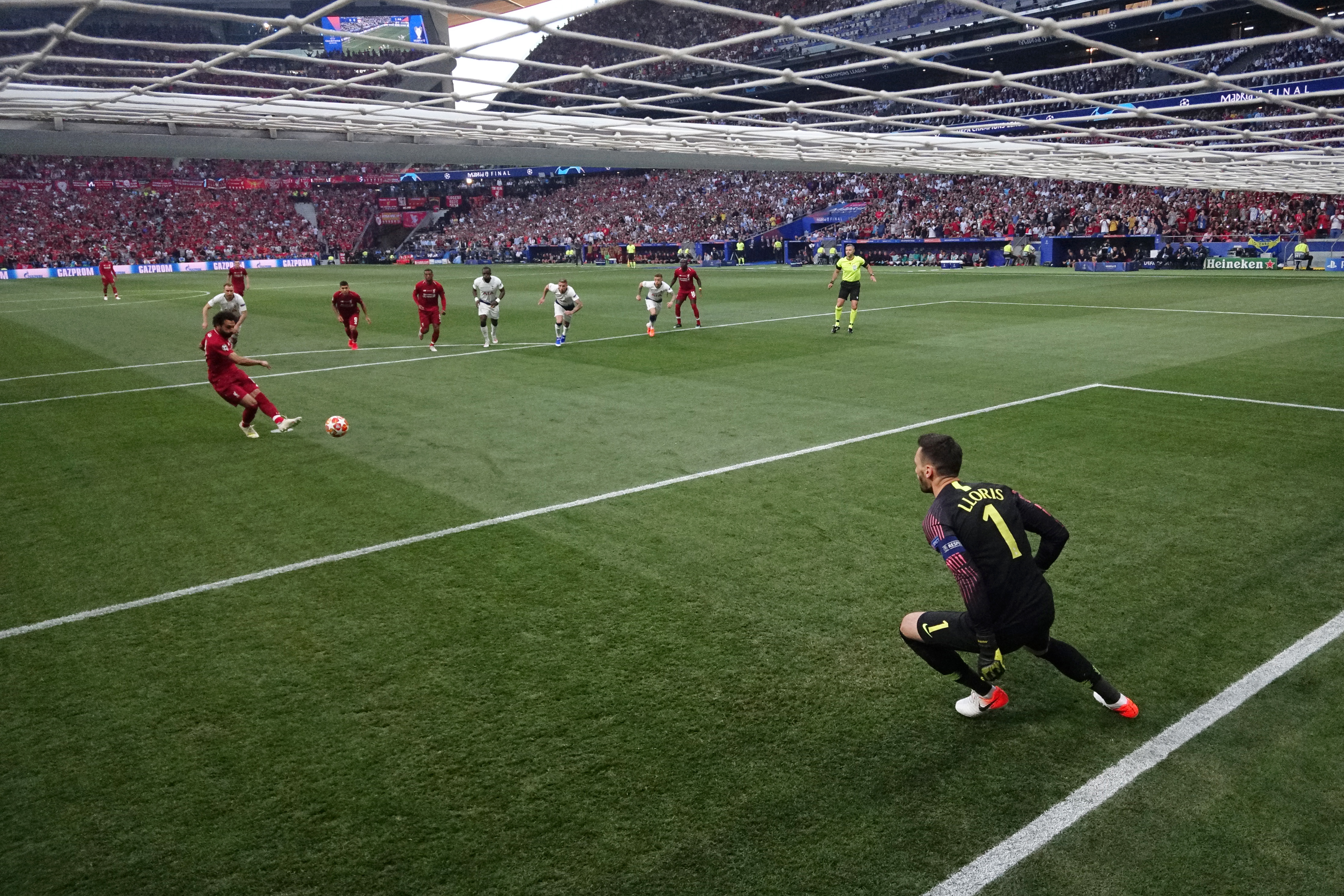 Early goals are usually the catalyst for an open encounter but on this occasion it was the opposite, with the incident actually a stifling influence.

That Salah’s spot-kick was one of only two shots on target in the opening 45 minutes reflected the not quite nature of a clash that pre-match consensus predicted would be cagey.

Tottenham controlled two-thirds of possession as Mauricio Pochettino’s well-drilled side probed a Liverpool defence that had shut down Lionel Messi and co in their previous Champions League match and conceded fewer goals than any Premier League team in 2018-19.

The pattern continued after the interval, prompting a double substitution by Klopp in the form of Divock Origi and James Milner introductions and renewed noise from the Reds fans whose nerves were being tested, glances at the clock unavoidable.

“Quite a lot of times, I was really touched by what the boys did, scoring the goals we scored, fighting the fights we fought and all that stuff,” the boss, himself out to banish an unfortunate streak in major finals, explained in the build-up.

“It was special and of course you can’t always do it like this. We have a lot of potential in the team and the boys mixed it up with an attitude I never saw before and that’s just outstanding.

“And that’s what I meant when I said they are ‘mentality monsters’.” 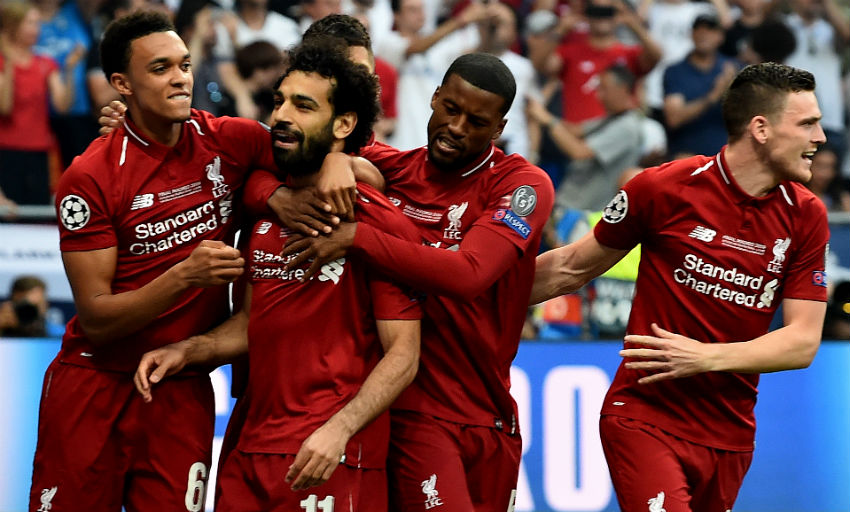 In truth, they had no other choice here. The absence of their very best fluid football, that which brought them to Madrid, forced a performance founded on tenacity, organisation and will.

The problem was Spurs are the same: resolute and refusing to give up.

Pochettino’s charges kept coming, kept pushing and finally began to work Alisson Becker as the sapping heat and lack of the ball took its toll on Liverpool; Son Heung-min, Lucas Moura and Christian Eriksen were all thwarted by the big Brazilian.

And then it happened.

Origi, whose mentality had been credited long before a crucial purple patch in April and May – including the strike that sent the Reds to the final – collected a loose ball and rifled in a goal for tears. A goal for the title.

“We shall not be moved,” bellowed the travelling Kopites.

No.6 is coming home.