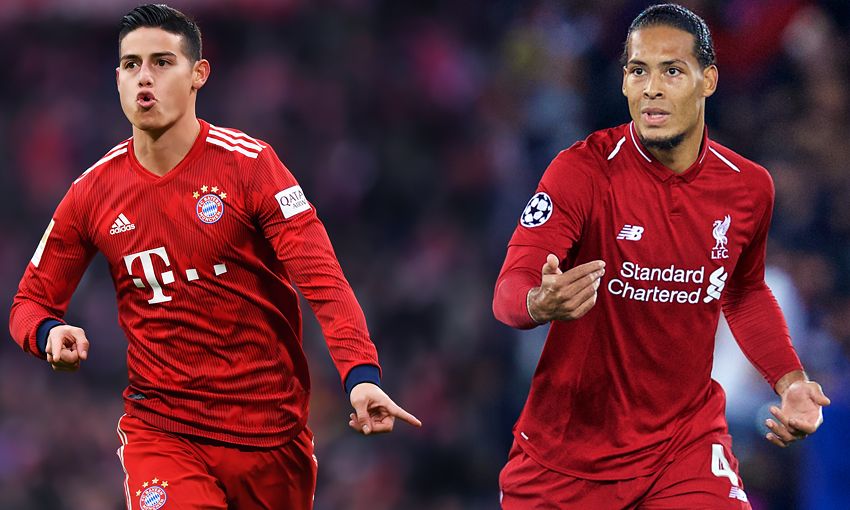 A place in the quarter-finals of the Champions League is at stake when Liverpool face Bayern Munich at the Allianz Arena on Wednesday night.

The European heavyweights drew 0-0 at Anfield in the first leg of their last-16 clash, meaning any margin of victory or a score draw will send the Reds through.

We've picked out three key battles that could help decide the finely-balanced tie in Germany... 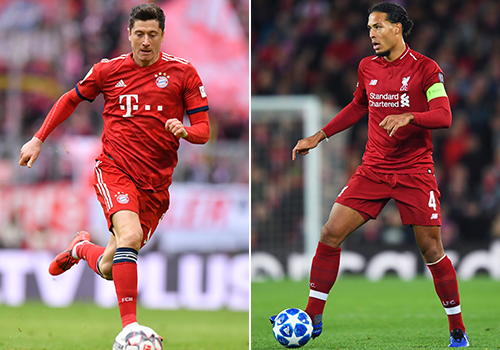 The former Borussia Dortmund forward has now scored an incredible 196 goals in the German top flight to overtake 40-year-old Peruvian centre-forward Claudio Pizarro, who is now in his 20th season in the Bundesliga.

Lewandowski, 30, is a classic No.9 and conducts most of his business in and around the box, where his natural sense of positioning, awareness and deadly finishing with either foot, or aerially, make him prolific.

Successfully shackled in the 0-0 draw at Anfield, the 6ft 1in forward had just 34 touches - the fewest of either set of starting players - as Bayern adopted unusually defensive tactics, but at the Allianz Arena the home fans will expect their side to provide much better service to their star man.

Seeking to help eliminate the threat of Lewandowski - the leading scorer in the Champions League this season with eight goals - will be Liverpool's defensive colossus Virgil van Dijk, who last week scooped the club's Standard Chartered Player of the Month award.

Delighted to win @liverpoolfc @stanchart Player of the Month for February 😃 thanks to all of my teammates, staff & the fans! Time to focus on a big couple of months ahead now #LFC

The Netherlands skipper has played more minutes than any other outfield player for the Reds this season and has helped keep 19 clean sheets in 36 appearances in all competitions.

Tough in the tackle, imperious in the air and calm with the ball at his feet, the centre-back is a talismanic figure in the back four and returns from suspension fully focused on his mission in Munich.

"You need to be aware of the qualities of every striker you face, as I always am, but sometimes you need to be smart and more than 100 per cent ready for anything," he told UEFA.com. 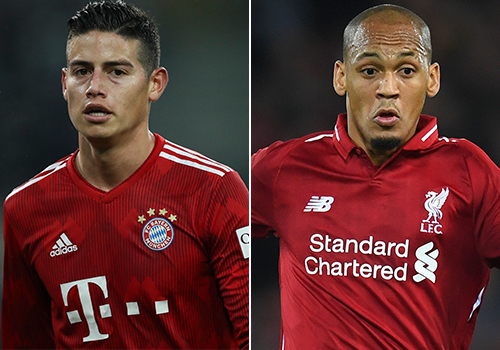 Fabinho was pressed into service at centre-back in the first leg at Anfield after a series of injuries and the suspension of Van Dijk depleted Liverpool's defensive options, but the midfielder acquitted himself exceptionally well.

Bayern failed to muster a single shot on target for the first time in the Champions League since the semi-final first leg at Barcelona in 2015.

Fabinho will seek to transfer that defensive diligence into his more natural position in midfield. Starting at the base of Jürgen Klopp's central three in each of Liverpool's last six Premier League games, the Brazil international has helped screen a defence that has let in just three goals in that time.

Bayern's James Rodriguez is likely to be in direct competition with LFC's No.3, with the Colombia international expected to provide the creativity in front of a double-pivot of Thiago Alcantara and Javi Martinez.

The 27-year-old set up three shooting opportunities for his colleagues in a game of few chances at Anfield and has provided two assists and a goal in his last three Bundesliga outings.

The on-loan midfielder has played a pair of Champions League group games against Liverpool before, with parent club Real Madrid in 2014-15, and though he is yet to score against the Reds, he is also yet to see a goal scored against his side in three attempts. 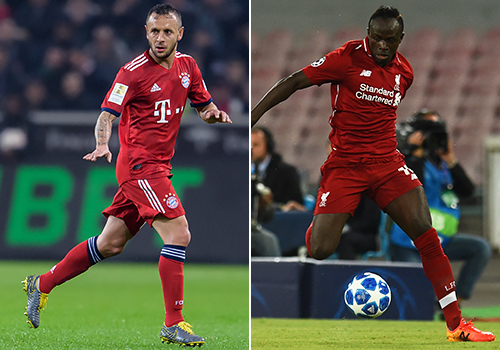 Joshua Kimmich's booking at Anfield means the highly-rated right-back, who is so integral to Bayern's style, will be suspended for the second leg in Munich. Stepping into the talented German's boots will likely be Rafinha.

The 33-year-old Brazilian is considered a reliable replacement having provided cover at full-back for the likes of Philipp Lahm and David Alaba during his eight years at the club.

Strong on the ball and an excellent passer, the versatile veteran has featured 19 times this season and played the full 90 minutes of Bayern's 6-0 win over Wolfsburg.

Now in his 14th season of European football, the 2012-13 Champions League winner may well have to call on every ounce of experience to deal with the threat of an opponent in top form.

Liverpool's Sadio Mane has netted eight times in his last nine games across all competitions and goes into this match with only Mohamed Salah ahead of him at the top of the club's scoring charts for the season.

The No.10 netted twice in the 4-2 win over Burnley at the weekend and will be brimming with confidence heading to Germany.

Usually starting from the left flank, the speedy, tricky forward is likely to be in direct opposition with Rafinha and it should be an intriguing match-up.