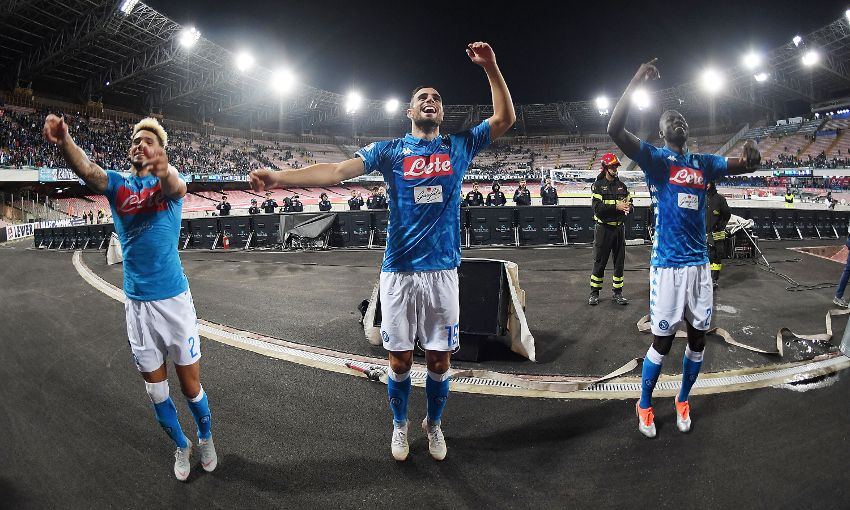 Ahead of Liverpool's Champions League tie with Napoli tonight, guest writer Scott Fleming assesses the task on the Reds' hands and identifies the key threats the hosts will pose…

It’s probably safe to assume that on Champions League matchday one a fortnight ago the enthralling 94-minute spectacle that was Liverpool 3-2 Paris Saint-Germain was the sole focus for fans of both clubs and, indeed, the majority of neutrals.

But what occurred at the Marakana in Belgrade that night was arguably even more significant in terms of determining how Group C pans out. The goalless draw between Red Star Belgrade and Napoli not only proved the Serbians have the ability to play a big part in the group; it also threw an even greater emphasis onto the Reds’ visit to Stadio San Paolo for the Italians.

Not that Gli Azzurri are known for giving English opponents an easy ride on their home turf - Manchester City, Chelsea and Arsenal had all lost in Naples before City eventually became the first Premier League club to win a Champions League game there last November - but any chance of tonight’s tie being a cordial, low-key affair between two of European football’s grander names surely evaporated when Carlo Ancelotti’s side failed to break down Red Star’s defensive wall, despite registering 73 per cent possession and 20 shots in the Serbian capital.

So what should Liverpool fans expect from last season’s Serie A runners-up, a team that the Reds last faced only eight weeks ago in a Dublin friendly?

Firstly, impressive as Jürgen Klopp’s men undoubtedly were in August at the Aviva Stadium, their 5-0 win would probably not be admitted as evidence if this was a court case. It’s only fair to point out that the Neapolitans were at a less advanced stage of their pre-season preparations than Liverpool, and that since their own domestic campaign started they’ve got down to business in accomplished fashion - even after the Serie A fixture computer paired them with fellow giants Lazio and AC Milan in the first two matchdays.

Napoli showed they haven’t lost the spirit that was a trademark under Maurizio Sarri, coming from behind in both games to win 2-1 and 3-2 respectively. They then lost 3-0 away to Sampdoria, an eye-opening result but one Ancelotti turned to his advantage by making some astute tactical tweaks.

“I don’t think we were ill after the defeat to Sampdoria,” the former Chelsea boss remarked after a 1-0 home win over Fiorentina next time out. “At most we had a slight cold.”

Ancelotti is putting his own stamp on things in Naples, with a slightly less rigid approach than Sarri when it comes to squad rotation and formations.

Only two players started each of Napoli’s first six Serie A fixtures this season; last term, that figure was six. Fringe players are taking a more active role this year in the hope that a more collaborative approach will help avert the early cup exits which were the price Sarri’s side paid for their remarkably consistent league form. Strikers, midfielders, defenders and goalkeepers have been rotated, and even Belgian forward Dries Mertens - the club’s top scorer two seasons running - has spent his fair share of time on the bench alternating with Polish international Arkadiusz Milik.

The medicine Ancelotti prescribed to combat that ‘slight cold’ was a change in system, from 4-3-3 to 4-4-2. The three-time Champions League winner had been expected to add a touch of pragmatism, but with two attacking wingers supporting two strikers the Vesuviani (a reference to Mount Vesuvius outside Naples) are potentially more volcanic than ever going forward.

The dilemma for Ancelotti tonight is therefore almost identical to the one AS Roma coach Eusebio Di Francesco faced before last season’s Champions League semi-final: to revert to something a bit more tried and tested, or to take the risk of sampling a work-in-progress system against a settled and confident Liverpool. 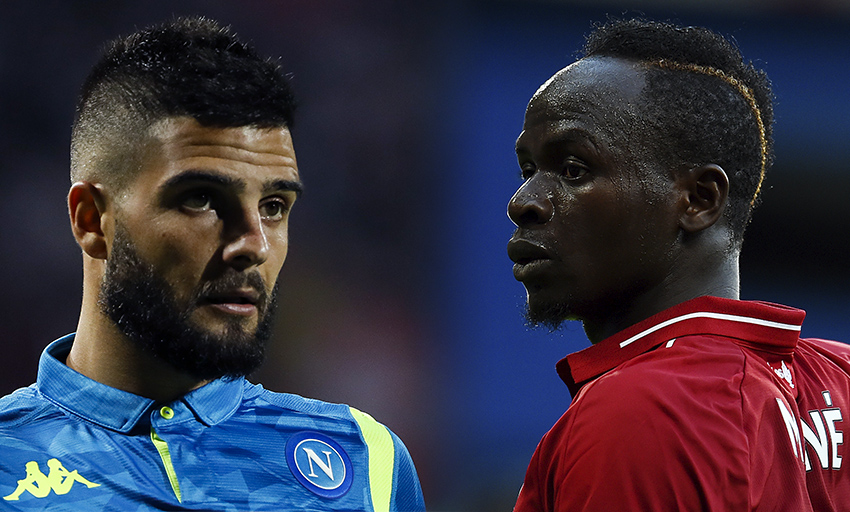 The main beneficiary of the change has been a native Neapolitan, lifelong fan of the club and former ballboy. Lorenzo Insigne’s physical stature might not have changed much since those days, but his stature within the game certainly has, to the point where he’s arguably the best home-grown player in Italy. The 27-year-old winger’s trademark is cutting in off the left wing and bending shots into the far corner with his right boot, but he’s looked just as happy tucking away simple penalty-box finishes since Ancelotti moved him infield.

“Lorenzo Insigne is decisive for us in his new position as a more central striker,” said the 59-year-old coach after his side’s 3-0 home win over Parma last Wednesday. “He is in tremendous form and I think we need to make the most of that right now.”