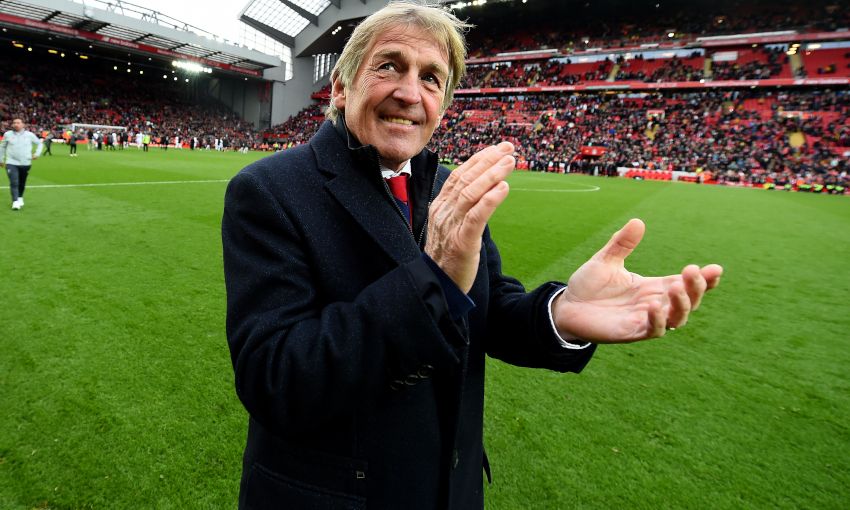 Sir Kenny Dalglish will take charge of Liverpool FC Legends when they face The Republic of Ireland’s XI at the Aviva Stadium in Dublin on Friday April 12.

The Reds icon will take to the helm for a very special legends game in aid of 'SupportSeán', the Seán Cox appeal.

King Kenny’s glittering career with Celtic and the Reds spanned more than 20 years and included a host of major honours. During his time as a player, he helped LFC win three European Cups in seven years, before he then went on to successfully manage the club and Blackburn Rovers.

As Liverpool boss, he secured three league titles, including a league and Cup double in 1986 – the first person to ever achieve this feat as a player/manager.

The special encounter will see a host of greats face off to raise money to fund vital rehabilitation care for Seán, the Reds fan who suffered life-changing injuries from an unprovoked attack before the Champions League tie with AS Roma at Anfield last year.

It further demonstrates the club’s commitment to support the appeal wherever possible. For the Premier League fixture against Cardiff City, volunteers came together with Spirit of Shankly to stage a bucket collection at Anfield which was then match-funded by the LFC Foundation.

On taking the reins, Sir Kenny said: “Liverpool Football Club has a fantastic philosophy and outlook on life that if there is one of our own that’s struggling, we try our best to help them. The lads want to support by putting on a game – its what they know best.

“It’s important that we come together and do ourselves and Seán justice. It’s a difficult time for his family and we want to help in the best way we know how.

“It will be a great occasion and the team will be looking to put on a good performance. I’m really looking forward to being back in the dugout amongst the team. I’d like to thank the club, the players, the staff and all those involved who are supporting this game.”

“We would like to encourage as many people as possible to show their support for this fantastic cause.”

All proceeds raised from the match will be donated to the Seán Cox Rehabilitation Trust.