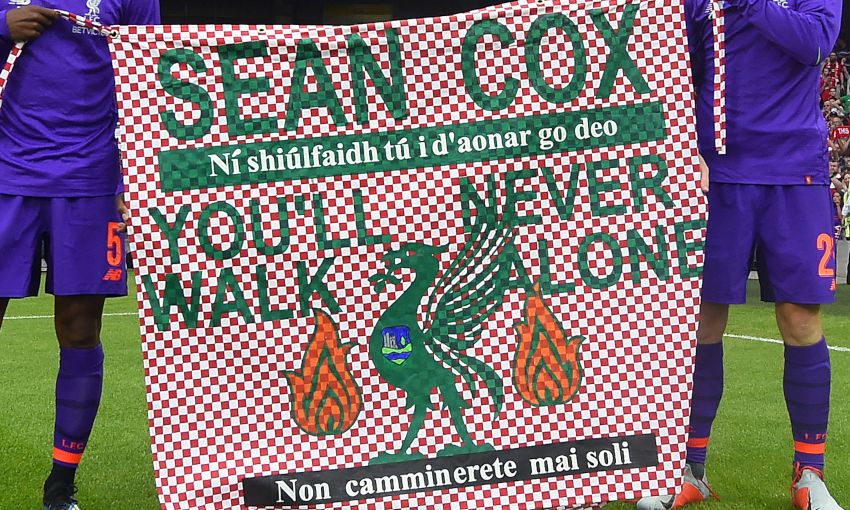 Comedian John Bishop will host a night of stand-up comedy at Dublin’s 3Arena on Friday January 10, 2020 to raise money for The Seán Cox Rehabilitation Trust.

John will be joined on stage by a star-studded line-up including Michael McIntyre, Tommy Tiernan, Dara O’Briain, Deirdre O’Kane, Joanne McNally, Jason Byrne and Des Bishop in aid of the ‘Support Seán’ campaign.

Tickets for the event go on sale this Monday - October 14 - at 9am. They can be purchased by visiting this link.

The Seán Cox Rehabilitation Trust was set up to raise money to fund the future rehabilitation of lifelong Liverpool fan Seán Cox from Dunboyne, who was left with life-changing injuries following a horrific and unprovoked attack in April 2018.

Seán, 53 and a father of three, was attacked as he made his way to Anfield to watch the Champions League semi-final between Liverpool FC and AS Roma. After almost 18 months of treatment in Ireland, Sean is currently undergoing an initial 12-week rehabilitation programme in the north of England in a specialist neurological facility which focuses on developing speech and movement.

John Bishop said: “Seán Cox was just like any other football fan - an ordinary man on his way to watch his team playing a big game. Then this brutal attack happened and changed his life forever. It could have been any of us. One way to support this very brave man is through laughter, so we’ve brought together a brilliant line-up of comedians to help raise money for Seán’s on-going rehabilitation. Please come and join us on Friday January 10 as we support Seán.”