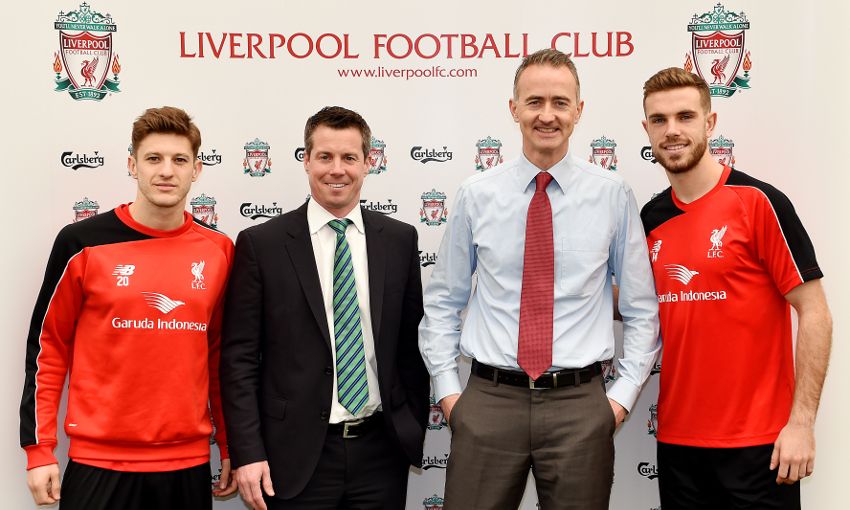 Liverpool Football Club and Carlsberg have extended their relationship by another three years.

The club’s longest-standing partnership will see Carlsberg continue in its role as the Reds’ official beer until the end of the 2018-19 season.

Next season will mark a very important milestone in the relationship between LFC and Carlsberg – its 25th anniversary.

Commenting on the extension, Billy Hogan, the club’s chief commercial officer, said: “We are extremely pleased to extend our partnership with Carlsberg, who we have enjoyed working with for 25 years now. Throughout that time, the relationship between the two brands has been mutually successful.

“Carlsberg has become part of the fabric of the club and everyone associated with Liverpool FC appreciates this unique and long-standing relationship. We greatly look forward to working with them for the next three years and thank them for their loyalty during the last 25 years.”

“This latest extension to our partnership is testament to the strong link between us, and further deepens the longest partnership in Premier League history. The sponsorship agreement is a good example of our re-focused strategy to invest in consumer facing and efficient sponsorships.

“We’re very proud of our ongoing association with Liverpool Football Club, one of the most renowned clubs worldwide with excellent global reach and strong ambitions.

“As well as seeing how far they go in the Europa League this season, we’re very much looking forward to the opening of Anfield’s new Main Stand, where we will be able to host even more people and deliver the best ever fan experiences… probably.”