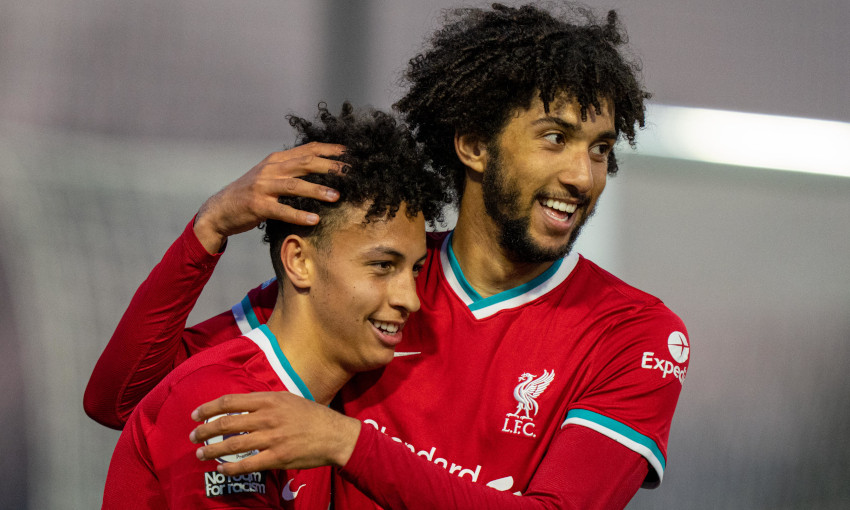 Liverpool U23s ended the 2020-21 Premier League 2 campaign in style with a 2-0 win at Leicester City on Monday night.

Both goals came in the second half, with the young Reds' captain, Ben Woodburn, breaking the deadlock just before the hour mark.

U18s winger Kaide Gordon, on from the bench, then doubled their lead and confirmed three points with a late strike on his debut at this level.

After drawing 2-2 with Leicester at home last week, Barry Lewtas' charges produced an excellent display in the return fixture at the Foxes' training centre in Seagrave.

Liverpool came close to taking an early advantage in the eighth minute but Leighton Clarkson was denied at point-blank range by a brilliant save from Jakub Stolarczyk.

Next, Fidel O'Rourke, who earlier in the day signed a new deal with the club, was unlucky not to claim his first Premier League 2 goal as his effort was cleared off the line by Mitchell Clark.

The hosts then spurned a glorious chance on the stroke of half-time. Substitute Tyrese Shade raced clear and found Kasey McAteer but he missed the target from close range.

O'Rourke threatened again shortly after the restart when he struck the post; the rebound fell to Luis Longstaff, only for the No.7 to fire straight at Stolarczyk.

However, the young Reds' pressure soon paid off.

One minute shy of the hour mark, Woodburn found space on the left side of the Leicester box and finished superbly for 1-0. 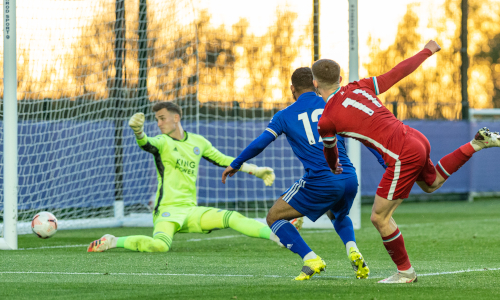 Lewtas introduced 16-year-old Gordon for his PL2 debut with 20 minutes remaining and the winger went on to mark the occasion in style.

From a Paul Glatzel assist, he found the back of the net in the closing moments of the contest to seal an impressive win for Liverpool.

"It was a great way to end our Premier League 2 campaign," Lewtas told Liverpoolfc.com post-match.

"The lads were brilliant tonight and they worked so hard for each other. We played some great football and created a lot of chances.

"It was great to see Ben get a goal, and it was a really nice moment to see Kaide get a first goal at this level for us."