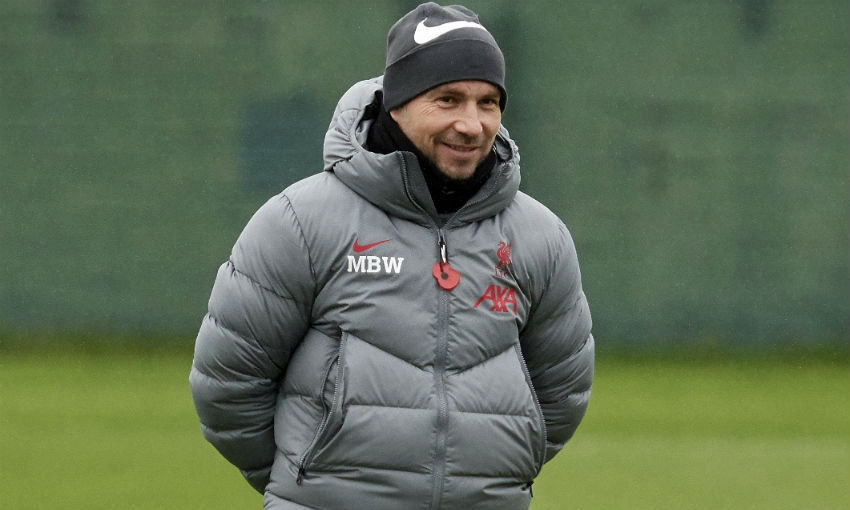 Liverpool U18s won 4-1 at Middlesbrough despite playing the closing stages of Saturday’s league fixture with 10 men following an injury to Luca Stephenson.

Marc Bridge-Wilkinson had already made all three substitutions when Stephenson got a knock to the head, meaning the young Reds - who led 3-1 at the time of the midfielder’s withdrawal - had to navigate their way through the final 15 minutes at a numerical disadvantage.

They did so impressively, however, and even managed to score again when Harvey Blair rounded off an 89th-minute counter-attack with a fine finish.

Jarell Quansah, Oakley Cannonier and James Norris were also on the mark for Bridge-Wilkinson’s prolific side, who have now registered 37 goals in just 11 league matches this season and remain three points behind leaders Manchester United at the top of the table.

LFCTV GO: Watch the best of the Boro action

Bridge-Wilkinson told Liverpoolfc.com: “First half we performed really well, we were very good both in and out of possession.

“We dominated really, they had a couple of little moments but we had some really good moments where we perhaps should have scored more goals. The first half was really positive.

“Second half was different and they came out with the bit between their teeth and to be honest, they were probably the better side for the first 20-25 minutes.

“It was a difficult second half but it’s a different type of learning to see a game out - how do you defend and how do you cope when you’re playing with 10 men? It was a great opportunity for the boys to learn all about that [and] they did well.”

An ankle issue caused James Balagizi to come off at half-time and the further substitutions of Mateusz Musialowski and Cannonier came either side of Josh Coburn pulling one back for Boro with 70 minutes on the clock.

Norris quickly restored the visitors’ two-goal cushion from the penalty spot, but Stephenson was forced from the field soon after to hand the hosts an apparently easier route back into the game.

But the young Reds defied their misfortune and Blair capped an eighth league victory of the campaign late on.