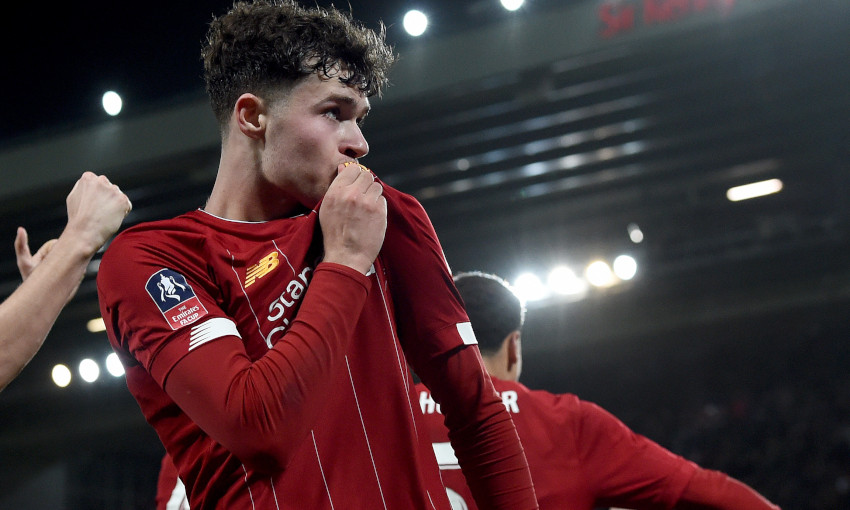 The eye-catching displays of Neco Williams in a first-team jersey have come as no surprise to U23s boss Neil Critchley.

The Wales U19 international provided the all-important assist against Shrewsbury Town in the FA Cup fourth-round replay when his forward pass, looking for Harvey Elliott, was headed into his own net by defender Ro-Shaun Williams.

In the first game at New Meadow, Williams also provided an assist when his cross was turned into his own net by Donald Love.

During last week's replay at Anfield, the 18-year-old intercepted a long throw from the goalkeeper and then promptly – following the instructions of his manager – played the ball in behind the Shrewsbury rearguard which led to the game's only goal.

"It was a brilliant bit of play but that's Neco," Critchley told Liverpoolfc.com.

"I thought he was incredible on the evening. He was everywhere on the pitch, he was defending, intercepting, running forward and you'd have to say he was also probably our most dangerous attacker from full-back.

"He had three or four shots at goal and I thought he was fantastic.

"[On the goal] that was the message we said to the boys at half-time. You could say there was some luck involved in the goal but also one of our messages was we need to look in behind their defence a bit more.

"We told them to search the space in behind and we need to have runners to do that. It was a little bit of fortune how it happened but also I'd like to think the boys had taken on the message at half-time.

"We did start to look to get in behind them a bit more because when you are playing against a back five you've got to give those defenders something to defend and ask some questions of them, and I thought we did that much better in the second half."

Critchley has worked with Williams since U18 level and admits he has a real sense of pride at the way the level-headed right-back just goes about his work in a quiet and professional manner.

"Neco's best quality is his humility," he added. "He is still the same boy he was a few months ago and he has always been the same.

"He plays every game the same. It wouldn't matter if he was playing in front of 50-odd thousand at Anfield or playing for the U23s or U19s. He plays the game the same way and that's his best quality.

"He has been here for a very long time and he's had great support from his family."

The former Liverpool defender has worked with him for a number of years and been a good sounding board for any advice the player may need.

"He gets tremendous bits of advice particularly from Rob because he can relate to Neco because he went through a similar pathway himself," said Critchley.

"He was a similar age when he moved to Liverpool and got into the team.

"Those little bits of words of wisdom are priceless to Neco and I know he appreciates that so much."