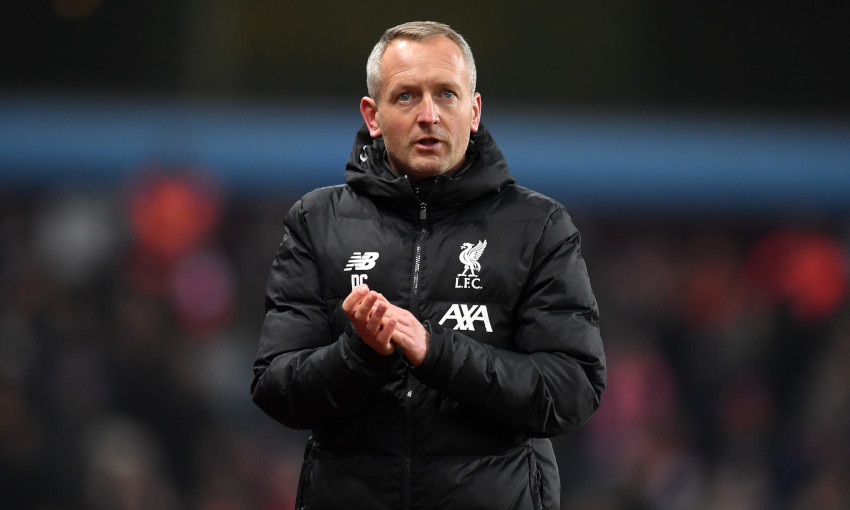 Liverpool can confirm U23s coach Neil Critchley has left the club to take up the position of head coach at Blackpool.

After six-and-a-half years of outstanding service within the Reds’ Academy set-up, the 41-year-old departs to begin a role with the first team at the League One side.

Critchley moved to Merseyside in September 2013 to take the reins of the U18s before progressing to the U23s ahead of the 2017-18 campaign.

He also took charge of the first team for two games this season as he oversaw the Carabao Cup tie at Aston Villa in December and, more recently, the FA Cup fourth-round replay against Shrewsbury Town at Anfield, helping guide a side consisting of players from the youth ranks to a 1-0 victory last month.

Academy director Alex Inglethorpe admits the news brings mixed emotions and while disappointed to see Critchley leave Kirkby, he feels it further demonstrates the pathway from the Academy into first-team football for coaches as well as players.

In recent years, Steven Gerrard, Michael Beale and Mike Marsh have all progressed to senior roles at other clubs having initially worked within Liverpool’s youth structure.

Meanwhile, the Reds’ first-team assistant manager Pepijn Lijnders was promoted to Melwood having begun duties with the club at the Academy.

“It’s a bittersweet day in many respects,” said Inglethorpe.

“Obviously losing a person and professional of Neil’s calibre is something that is a disappointment, but at the same time we have great excitement and joy that he has been given this wonderful opportunity.

“We see this as a reflection on the Academy as a whole, that it’s an environment where players and coaches have a pathway to progression and self-improvement.

“Blackpool want Neil because of the work he’s done at Liverpool and it shows to everyone within our system that if you work hard and work smart then rewards are there.

“Neil epitomises the best qualities of a modern coach: leadership skills, intelligence, compassion and a hunger for individual and collective improvement. Blackpool are very fortunate to have him and we wish him well.

“For the U23s we are confident in the remaining coaching talent we have to make sure there is no drop-off in the interim period. This season has proved the importance of the role and, therefore, we will take advantage of having amazing people already in post to take stock and assess what to do next.

“Myself, Michael Edwards and Jürgen Klopp will work collaboratively on what works best for the future. Pathway is so critical to this club we want to make sure we make the best appointment we can.”

Responsibilities for Liverpool’s U23s in the interim will be assumed by existing coaching staff before a permanent appointment is made.

Everybody at Liverpool Football Club would like to thank Neil for his outstanding contribution to the club and wish him all the best in his new position.