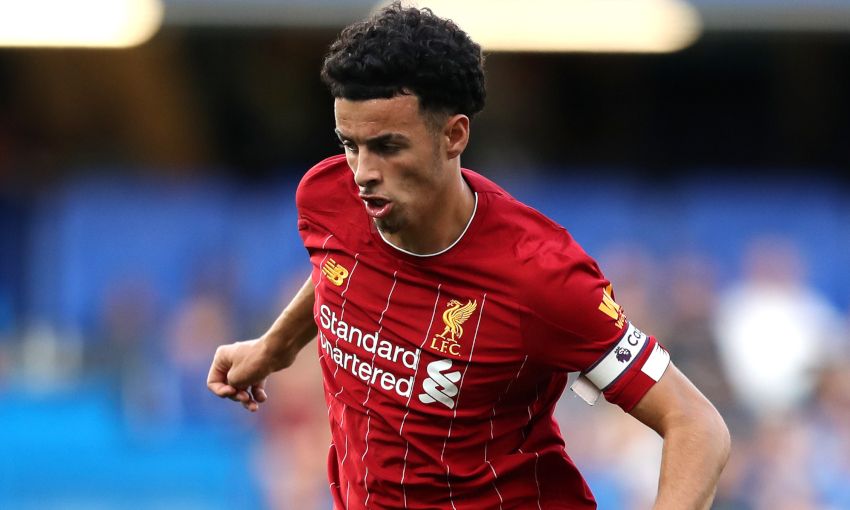 Neil Critchley has explained why Curtis Jones was given the U23s captain's armband for the first time for the Premier League 2 game away at Chelsea.

The 18-year-old penned a new long-term deal with the club earlier this month and was given the responsibility of leading the young Reds out at Stamford Bridge last Monday.

The U23s endured a frustrating night on the field as they lost 3-0 to a Chelsea side containing the likes of international stars Antonio Rudiger and Michy Batshuayi.

But Critchley is sure Jones will benefit from the experience.

"I didn't take that decision lightly and I put a lot of thought into these decisions," the U23s boss told Liverpoolfc.com.

"Curtis is obviously a local boy and he has come through the Academy. If possible, we will always try to get somebody to lead the team of that ilk.

"I thought it would be the right thing to do to give Curtis some added responsibility and try to develop his leadership qualities within the team.

"He's a technical leader for us so he's brave enough to take the ball into any situation on the pitch, but he's also got a good football brain as well. So if he can pass that on to the others during the game in the good moments and the bad moments then I think that will help him to grow as a person, which is something I can try to help him with.

"You forget he is young at just 18, so to add that little bit of maturity to his game and a bit of responsibility I hope will help him."

The U23s are back in Premier League 2 action on Monday night when they face Southampton at Staplewood Training Ground.

Kick-off is at 7pm BST and you can watch the game live on LFCTV and LFCTV GO.

Read on for more from Critchley ahead of the match, including his thoughts on the start to the season and working with a young group so far…

It's always nice when you see young players who have come right through the Academy and people have put a lot of effort, work and hours into Curtis and none more so than himself and his family. It was a really nice moment to see him have that opportunity that the club have backed him and he thinks the best place for his development is here. He knows he's got a lot to do and he's got things to improve on but it just shows what we think of him as a player, as a club, and hopefully now he can use the next few years to kick on and use his time here to get where he wants to go. We all know where Curtis wants to get to, it's how we are going to try to help him to get there.

On the return from injury of goalkeeper Caoimhin Kelleher at Chelsea… 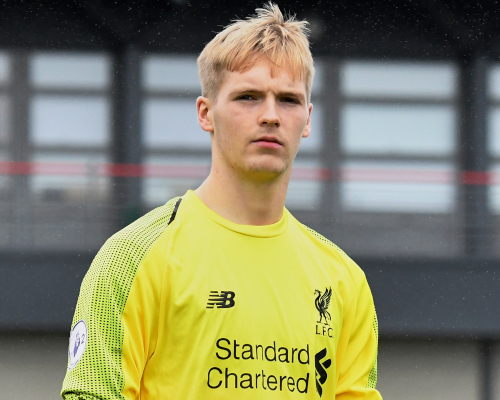 I thought he was excellent considering that was his first game since June. He picked up an unfortunate injury during the summer which kept him out, so it was great to see him back out on the pitch. I was really impressed with how he played, he made some really good saves in the game so hopefully now he can build on that performance. He is another one who wants to kick on this season.

On the return of midfielder Herbie Kane from injury against Chelsea… 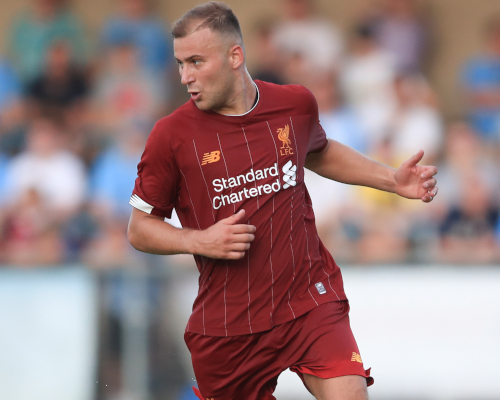 Herbie had a fantastic season on loan at Doncaster Rovers. He has been brilliant in pre-season and it was great to have his experience on the pitch. I thought he was a good influence and a calming influence on the other players around him because it is a young team and there are not too many senior U23 players at the moment. People like Herbie can provide that experience for the younger ones around him.

Without a doubt, yes. It's a long journey to look forward to. They got promoted last season, they always have a history of producing good young players and we will have to improve on what we have produced so far in our two games. We are not that far away. We've got to do that little bit better in lots of situations all over the pitch but there's still some encouraging signs from the players. It's my job and the staff's job to help the players recognise where we can do better and that's what we'll be trying to do before Monday night.

We've got to try to start the games better. We've maybe allowed the opposition to get a foothold in the game too early in both of our games so far. Ironically against Chelsea, I thought when we had the ball we were fine but we gave the ball away a little too cheaply and when you do that against good players you can get hurt. We probably didn't do enough on the ball when we had it in their half of the pitch and we didn't threaten their goal enough. So by doing those things better it means you are defending less. We are a team, a club, who likes to have the ball and we need to prepare our pressing moments better off the fact we know that we are going to keep the ball a bit better and get nearer to the goal. We've got some things to work on but obviously Southampton will have huge motivation playing against Liverpool. That's motivation enough for their young players so we know it will be a tough night but we'll concentrate on what we do and hopefully we can improve upon the games we have had so far. 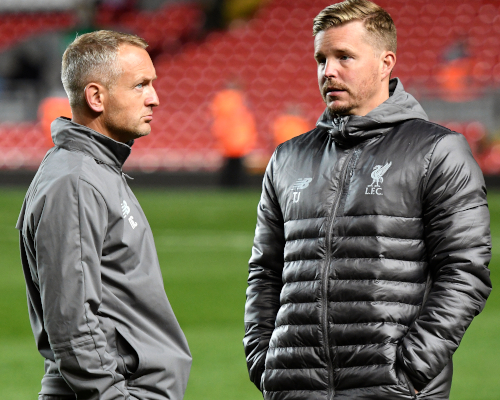 That is important to remember. Sometimes how we judge these players is important. Harvey Elliott is only 16, Sepp van den Berg is only a year older and he can still play in our youth team. They are new to the club with new surroundings and new teammates. We have played against two good teams I think so far at U23 level and it has been tough for them. I've got to be careful how much information I give them and when I give it to them. The players around them are also quite young as well, so we've got to keep supporting them, making sure they know what their jobs are and what their roles within the team are. As you know at U23 level, there can be changes in the team from game to game, so sometimes it's difficult to build team cohesion. But as long as we see the right application, the right attitude and the effort then we always know we've got something to work with.

On the latest injury situation…

I don't like mentioning injuries because it sounds like you are making excuses but just for the morale of the group and the training, we are missing some key players. Jack Bearne will be out for a little while, which is a shame because I thought he made an excellent start to pre-season for us. Isaac Christie-Davies picked up an unfortunate injury against Oldham Athletic and then added to that, we are without Paul Glatzel and Abdi Sharif. Luis Longstaff has been out injured as well, hopefully Liam Coyle can return soon from his back injury. Hopefully we will have some of them back in the next few days to the next few weeks. Again, it gives other players an opportunity and that's up to them to take that opportunity. Hopefully some of the U18s will be seeing that as a chance to get into the U23s and prove themselves. We are fortunate we have got some good players to work with and we are certainly not complaining.