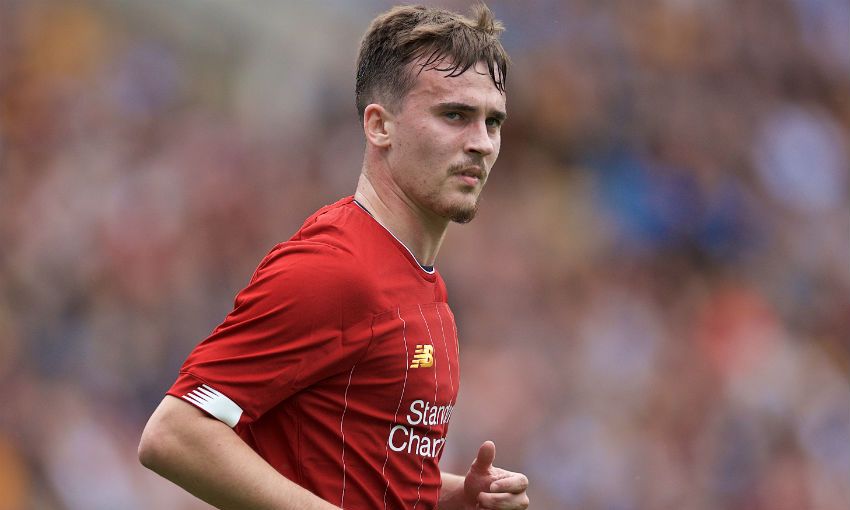 Liam Millar netted the winner as Liverpool U23s brought their two-game tour of Scotland to a close with a 2-1 victory over Heart of Midlothian at Tynecastle.

After Monday’s 1-0 win over The Spartans FC, Neil Critchley’s side were given the opportunity to play at a first-team stadium in a behind-closed-doors fixture on Thursday.

The hosts took the lead but Jack Bearne, who scored the decisive goal against Spartans, levelled with a good finish.

Luis Longstaff was then brought down by the Hearts goalkeeper and Canada international Millar made no mistake from the spot.

Reflecting on the win, U23s boss Critchley told Liverpoolfc.com: “It was great for the boys to play at Tynecastle and it was another good performance.

“We have had a good time in Scotland both on and off the pitch and managed to build up minutes for the players which is the most important thing in pre-season.

“It was good to give Ovie Ejaria his first 45 minutes but unfortunately we lost Rhys Williams after 20 minutes with an ankle injury. We will assess him on Friday morning but we are hopeful it’s not serious and he will be OK.”

The U23s are back in action on Sunday when they will face Merseyside neighbours Marine. The match at the Marine Travel Arena kicks off at 2pm BST and admission is £5 for adults and £3 concessions.