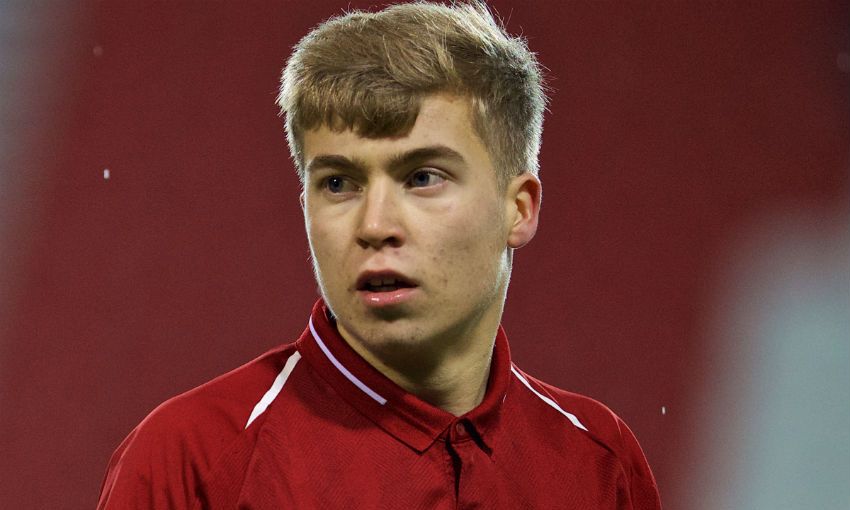 Jack Bearne grabbed a late winner as Liverpool U23s lifted the Ronnie Swan trophy in Edinburgh after a 1-0 win over The Spartans FC.

The 17-year-old made the most of a defensive lapse to turn home the winner just seven minutes from time in a well contested pre-season game which marked the 10th anniversary of the Spartan’s community arm.

With many members of the U23s' squad heading to the USA with Jürgen Klopp’s first team on Tuesday, it was a young side which took the field in front of a fine crowd of more than 1,500 supporters. 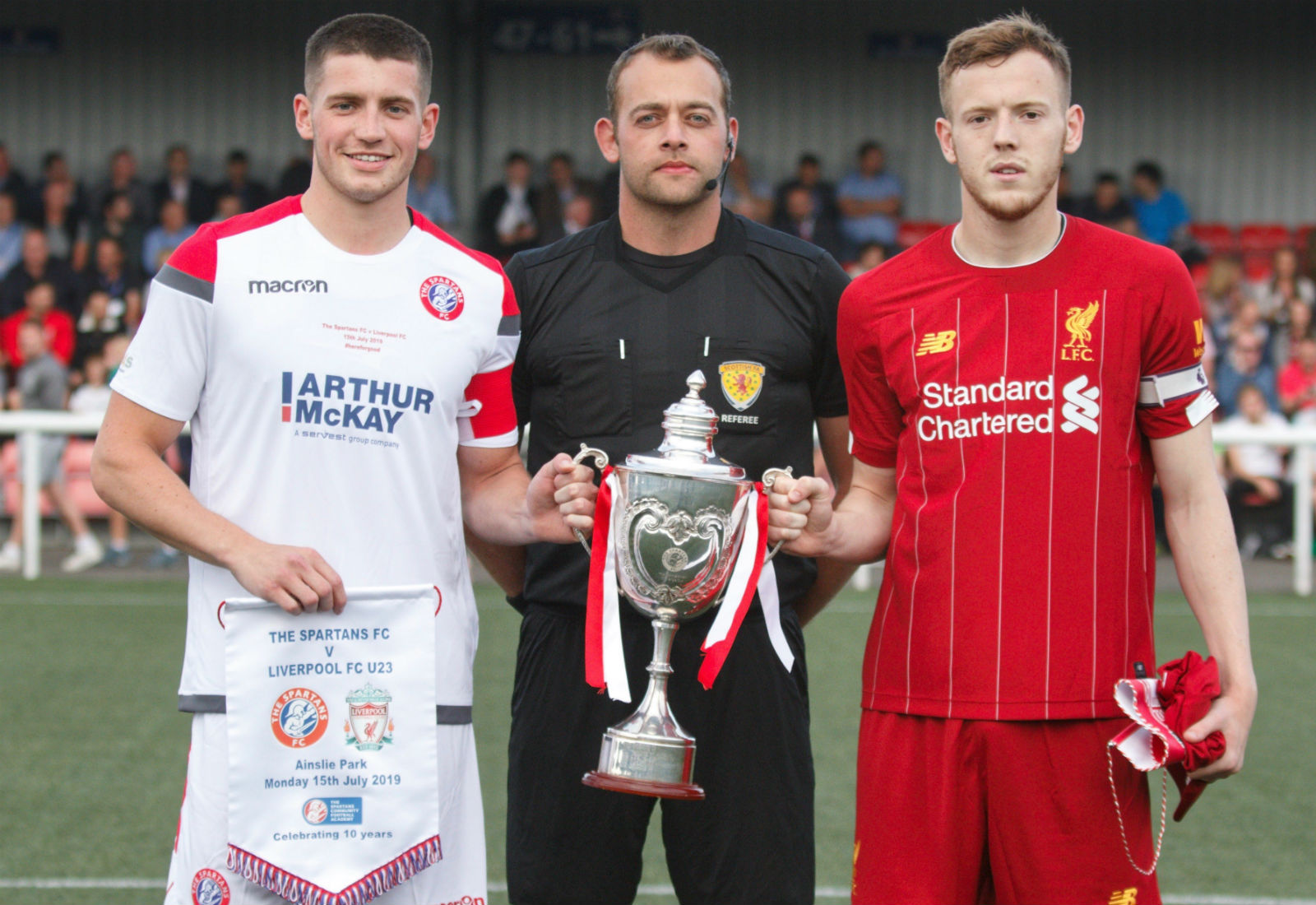 The young Reds dominated first half possession with the two-time Lowland League champions dropping off and looking to hit on the break through Scott Maxwell.

It took a stunning save from Spartans goalkeeper Blair Caswell to stop Liverpool taking the lead on eight minutes.

Right back Neco Williams was played in out wide and his cross was turned goalwards by Isaac Christie-Davis but Caswell was out well to smother.

The match settled into a rhythm with the Reds trying to create an opening in the Spartans defence but with the hosts defending in numbers.

Indeed five minutes from the break they produced their own effort on goal, centre back Michael Bolochoweckyl finding the ball at his feet after a corner but Ben Winterbottom gathered his shot low to his left.

The last effort of the first half came from Pedro Chirivella but the Spaniard’s half volley from the edge of the box was dragged just wide after more good work from Williams on the right.

Liverpool made six half time changes with Tom Clayton, Tony Gallacher, Matteo Ritaccio, Elijah Dixon-Bonner and Bearne all coming on while Shamal George took over in goal.

And George was called into action to make two fine saves early in the period, twice denying Blair Atkinson as he cut in from the left.

On the hour Nicky Reid headed over after a good ball in from the left as the home side continued to threaten.

Substitute Ritaccio hit a low curler just wide of the post as the young Reds responded well with Luis Longstaff impressing in the second period.

And with less than 10 minutes left the visitors went ahead in slightly fortuitous circumstances.

Carswell couldn’t control a high back pass and when the ball went loose Bearne was on hand to turn home from the edge of the box.

Longstaff went close late on but the young Reds had done enough to begin their four-day training camp in Scotland with a win.

U23s manager Neil Critchley said: “We’re fortunate we get invitations like this and we’re honoured to have played a part in these 10th anniversary celebrations.

“The way we’ve been looked after and received is fantastic.

“It was a good evening and with positives to take from the performance as well. We were a little bit disjointed at times but that was understandable given the personnel we had at times.

“Now we’ve got two more training sessions here in Scotland and a game against Hearts at their stadium on Thursday which is a really good game for us to look forward to.

“It’s good to get the group away and pre-season is always important.”