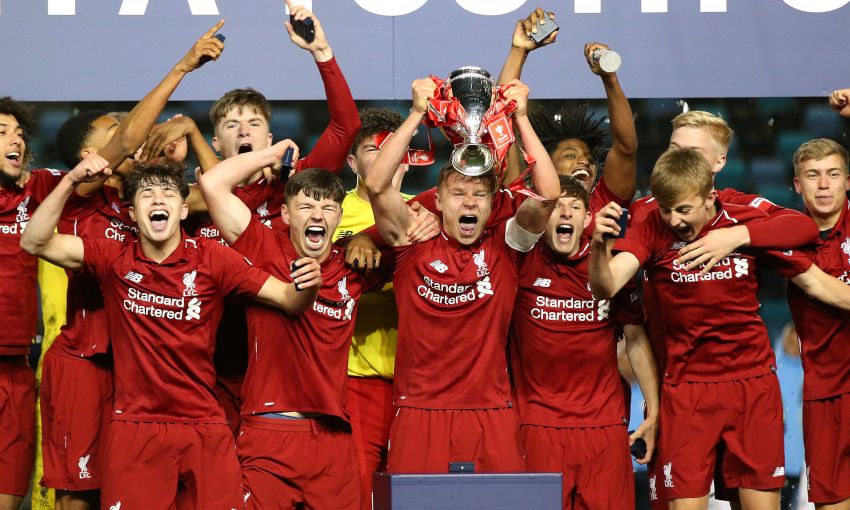 'Let's finish the season on a high at Anfield'

The teams were locked at 1-1 after 120 minutes of absorbing play at the Academy Stadium.

Nabil Touaizi found the net in first-half stoppage-time and the strike seemed likely to separate the sides until Bobby Duncan’s long-range swerver went through the grasp of City goalkeeper Louie Moulden with 86 on the clock.

The hosts were assertive from the off and threatened an opener within 60 seconds but Vitezslav Jaros produced an alert save to deny Touaizi’s knock at goal after Adrian Bernabe’s inviting pull-back from the left.

Liverpool began to settle, though, and Yasser Larouci’s boldness was almost rewarded with a breakthrough 10 minutes into the tie.

The full-back adeptly dribbled past two opponents from the halfway line and, finding himself in a central position, let fly with a strike that deflected off Taylor Harwood-Bellis and forced a reaction tip over the crossbar by Moulden. 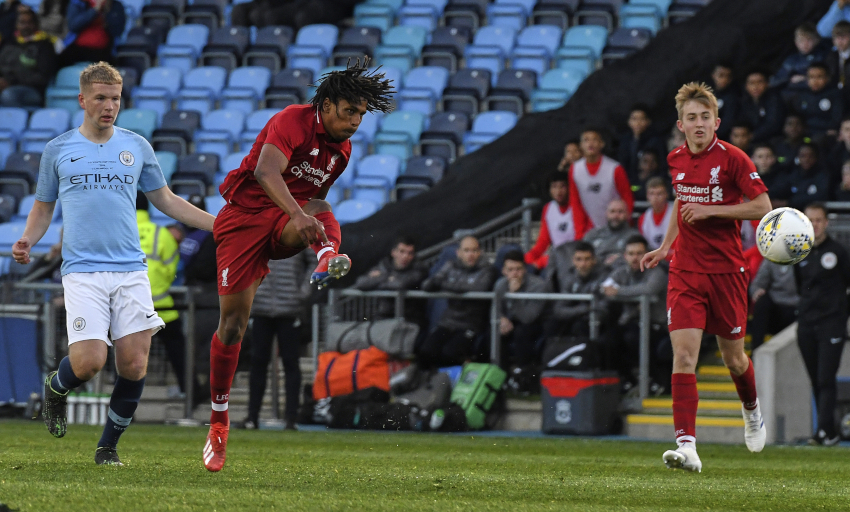 Next, Jake Cain had the Reds’ best chance of the half.

A misplaced pass out by Moulden allowed Cain to pounce at the edge of the area but the midfielder’s attempt to thread a low drive back into the net was cleared off the goalline.

From there, City took charge of proceedings without truly threatening Jaros and the Liverpool net – at least until their pressure told shortly before the interval.

Tommy Doyle latched onto the completion of a one-two with Felix Nmecha to sneak into the box but Leighton Clarkson’s attentions forced him wide and the eventual strike drifted off target.

There was no such mercy from Touaizi in the first minute of added time, however; another Bernabe left-wing delivery eluded Rhys Williams and the City forward dispatched a cool finish between the near post and Jaros for 1-0. 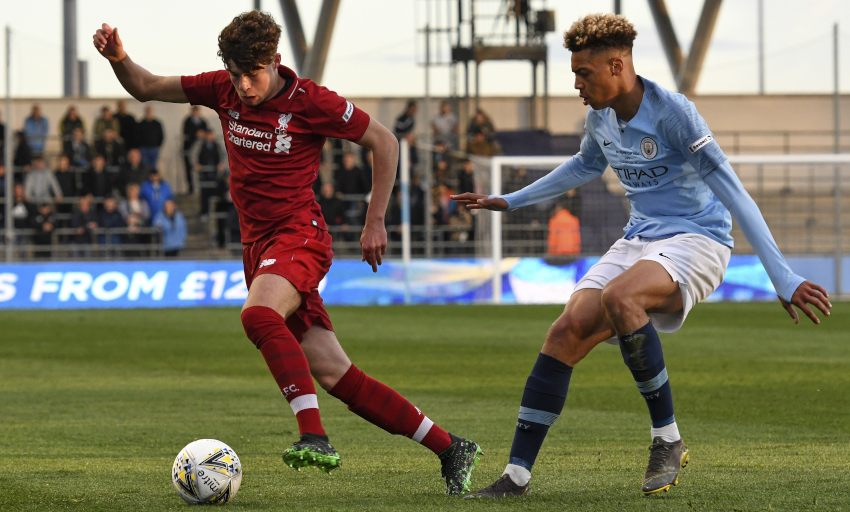 The home team seemed likely to continue their control in the early stages of the second half but Liverpool’s attitude turned the tide as the clock reached an hour.

Abdi Sharif twice drew saves from Moulden with long-range hits and only a perfectly-timed lunge by Harwood-Bellis thwarted Glatzel when the Reds captain aimed his sights at close range.

Jaros carefully palmed away Ben Knight’s swerving, 20-yard left-footer heading into the final quarter-hour, before Clarkson was forced off due to injury and Luis Longstaff replaced him.

The impressive Larouci curled another decent effort wide of the left post as Liverpool continued to press for a leveller, while Morgan Boyes and then Rhys Williams had to block successive dangerous hits by Knight.

And the visitors’ resolve paid dividends four minutes before full-time.

Duncan capitalised on a pocket of space centrally to turn and dispatch a blast that moved in the air en route to goal and deceived Moulden, who could not prevent it from reaching the net.

A cagey additional 30 minutes of extra-time followed, Duncan having an angled effort blocked in the box by Harwood-Bellis and City’s penalty claims for a handball against Neco Williams rejected by the referee.

So, it went to a shootout in which Liverpool were perfect: Neco Williams, Elijah Dixon-Bonner, Sharif, Jack Bearne and Glatzel all scored to seal an historic 5-3 victory and FA Youth Cup glory.