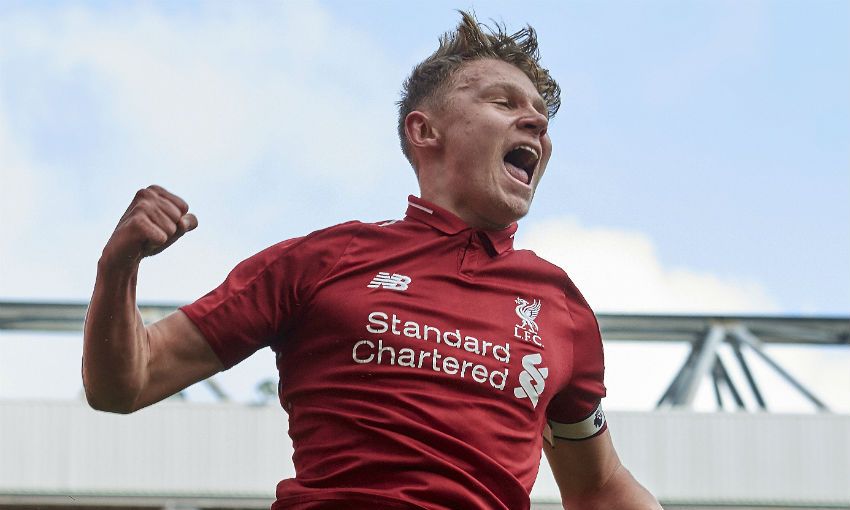 Paul Glatzel wants he and his U18s teammates to create a legacy by becoming the first Liverpool side to win the FA Youth Cup in over a decade.

The young Reds travel to Manchester City on Thursday evening for the final of English football's most prestigious youth tournament.

Liverpool last lifted the trophy in 2007 and Glatzel - who has scored 28 goals in all competitions this season - is desperate for this latest crop of youngsters to achieve a long-held ambition.

The U18s captain told Liverpoolfc.com: "It would mean a lot. At the start of the season, we looked at the FA Youth Cup as one of the trophies we would like to win.

"It's a big trophy and it's got a lot of tradition behind it. We've heard around the Academy that a Liverpool team hasn't won it for quite a long time, so we've got a great opportunity to change that.

"We do deserve to be there and we just want to go one step further now and have something to show for it.

"We've all been buzzing for it for a long time since we got through and it's getting closer and closer now.

"You can feel it around the Academy, the boys are looking forward to it and it's going to be a good day."

Glatzel netted eight times en route to the final and has confirmed his availability for the match at City's Academy Stadium after dealing with injury in recent weeks.

"I'm back, it was just a slight problem that I've overcome," the striker added. "So I'm ready for the final and now I can't wait.

"It's a big tournament and there's a lot of history behind it. We want to be part of that history by winning the trophy.

"I've had a good FA Youth Cup but, like I've said many times, it doesn't matter who scores.

"We just wanted to get through each round and we've done that and got to the final now.

"It doesn't matter who scores in the final, I'm sure everyone will be celebrating if we pull it off. It's going to be a good day and we need to be ready."