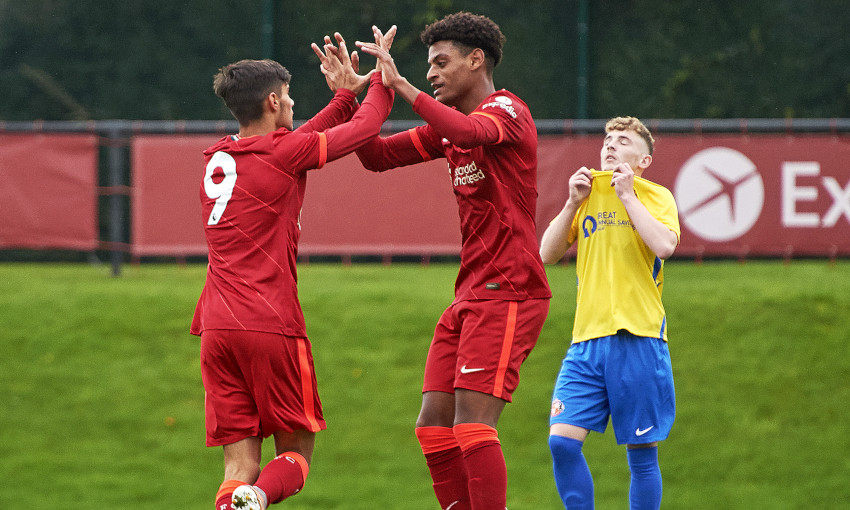 'Curtis Jones put on a show, it was great for the young lads to see'

Liverpool U18s returned to winning ways in the U18 Premier League with a 3-0 defeat of Sunderland at the Academy.

Oakley Cannonier’s customary goal put the home side in front on 31 minutes and they produced a late surge to confirm victory in Kirkby through strikes from Melkamu Frauendorf and Harvey Blair.

The young Reds had to hold firm for spells as the visitors pressed for an equaliser and a downpour added to the challenge, but did so impressively to secure three points after previous back-to-back losses in the division.

There was an open nature to the contest from the start and after seeing off some early Sunderland pressure, Liverpool fashioned two sights of goal.

First, Luca Stephenson embarked on a strong, extended run to the edge of the box before slipping in Blair to his left, whose attempt to strike was blocked.

Within a minute, Frauendorf and Bobby Clark combined neatly to tee up Tommy Pilling’s run into the box but his shot lacked power and proved an easy take for Harrison Bond.

The action ebbed and flowed satisfyingly from then on, though without much in the way of clear opportunities until a slew of chances and incidents around the half-hour mark.

The Reds were inches away from breaking the deadlock when Frauendorf was released down the right and guided a cross into the Sunderland area that Cannonier was just unable to reach.

He would not have to wait long to net, however. And it came from the opposite flank as Luke Chambers’ knock along the wing invited Blair to send in a ball to the box. It evaded Frauendorf but rolled kindly for Cannonier to emphatically side-foot high into the goal. 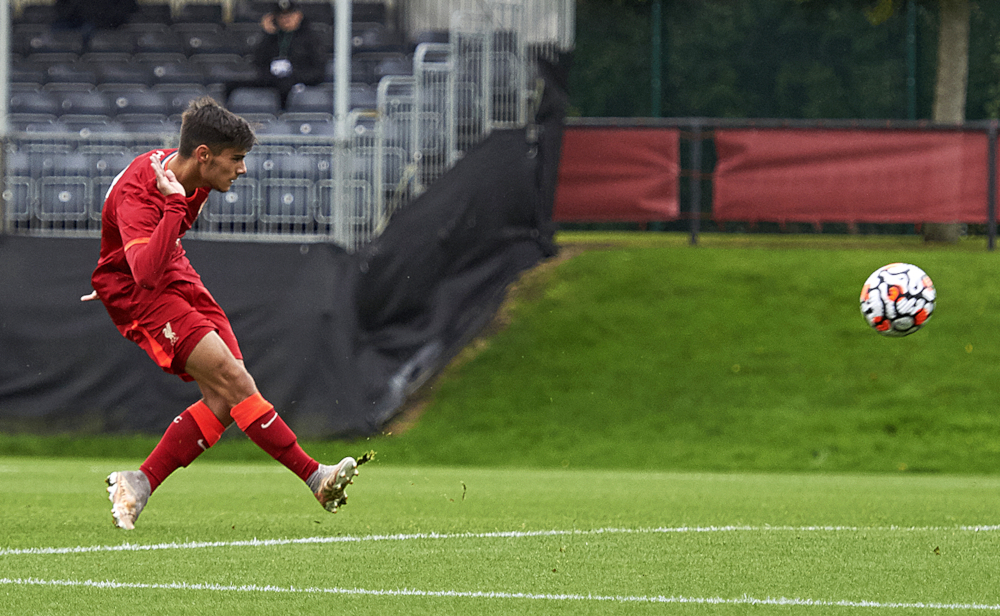 Marc Bridge-Wilkinson’s side soon needed their goalkeeper to preserve that new lead.

Ben Middlemas got a delivery into the Liverpool area from the right under his control and dispatched a drive that Harvey Davies reacted well to importantly block away.

The stopper was then called on to tip over a 20-yard thump from Oliver Bainbridge that may have snuck under the crossbar without Davies’ intervention.

Clark and Blair forced saves by Bond in the closing moments of the half and the Reds upped the ante further after the break, pinning Sunderland back for 10 minutes as they pushed for a second goal.

Blair might have strengthened their advantage past the hour when afforded time and space to line up a shot but directed his effort too close to Bond.

Encouraged by the unchanged 1-0 scoreline, the away team responded and Louie Salkeld was not far away with a curler towards the top left corner having created the chance with a smart body swerve.

Instead, though, Liverpool added gloss to the result with two excellent goals in the final 10 minutes.

Frauendorf bagged his side’s second as he took in Clark’s angled pass to the edge of the area, used Chambers’ outside run as a decoy and lashed a shot into the bottom right corner.

And Blair quickly found the same spot to wrap up a good win for Bridge-Wilkinson’s charges, sending his strike beyond Bond after Chambers’ blast had been repelled by the ‘keeper.