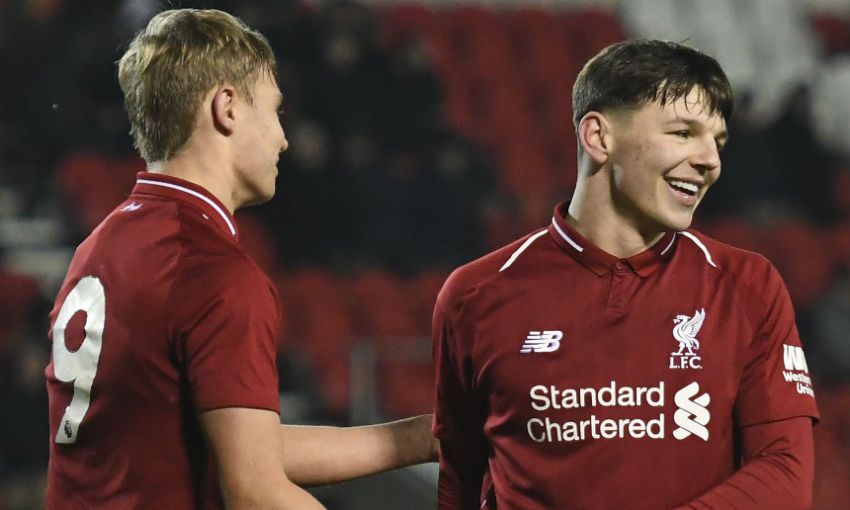 The prolific partnership shared by Academy strikers Paul Glatzel and Bobby Duncan has been years in the making.

Glatzel and Duncan were again decisive for Liverpool in Wednesday’s FA Youth Cup fifth-round tie with Wigan Athletic as their goals earned a 2-0 win and a quarter-final meeting with Bury.

Just five minutes had elapsed when Glatzel fired the Reds in front at the Swansway Stadium, and Duncan doubled their advantage in equally-clinical style soon after.

Those goals took the pair’s combined tally to 43 in all competitions so far this season and afterwards, they explained that their acute understanding began to be forged before Duncan’s move to Liverpool last summer.

“I think we’ve got a good partnership,” Glatzel told Liverpoolfc.com.

“Obviously we’ve known each other from England and Bobby’s come in and hit the ground running, which has helped me because we both play together and we can set each other up and score goals. We’ve done well and we just need to keep going.”

“We keep setting each other up: I set him up and he sets me up and we’re winning games as well, so it’s not bad.” 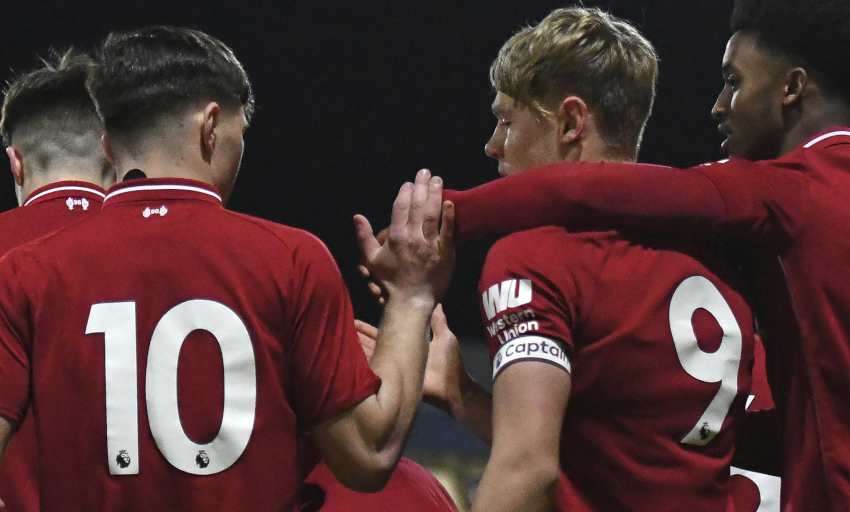 Glatzel’s early opener against Wigan represented his 22nd goal of the campaign but, like Duncan, he is focused on achieving collective success rather than personal glory this term.

“Obviously it’s great to score the goals but it’s not just me, it’s for the team as well so it’s just important that we keep getting the results and keep progressing in this tournament and in the league. We’re doing well so far,” the No.9 said.