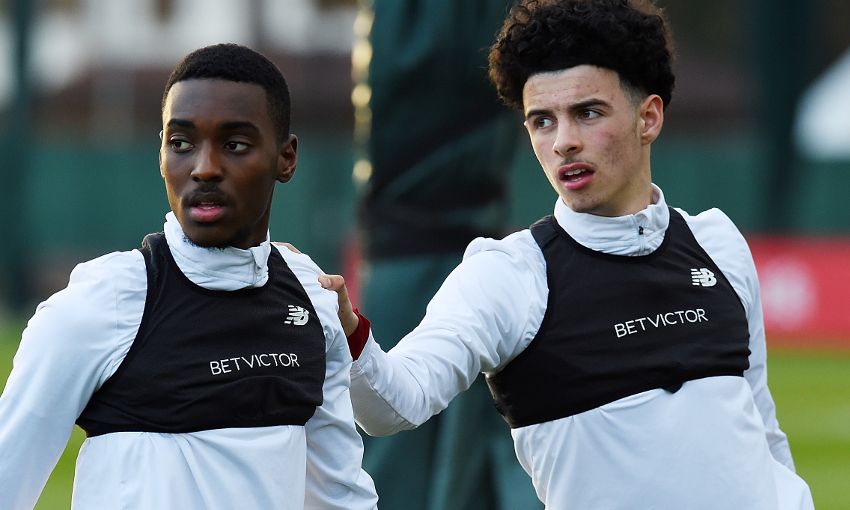 The sight of teenagers Curtis Jones and Rafael Camacho on the first-team bench for Saturday's Merseyside derby against Everton was another 'massive' moment for the Academy, according to U18s boss Steven Gerrard.

The 17-year-olds impressed for Gerrard's side across the first half of the season and, as a consequence, received regular opportunities to train with the seniors at Melwood.

And they came closer to a first-team debut than ever before this weekend as they were included in the matchday squad at Goodison Park, much to the Reds legend's delight.

Gerrard told Liverpoolfc.com: "It's massive for the Academy.

"We are all in it together and everyone at the Academy is very proud of not just those two lads but Conor [Masterson] as well with the three of them getting on the bench.

"We all had our fingers crossed that they might get a cameo [role] but it wasn't to be. The manager has got an important point and that is more important than anything.

"They are there, they are knocking on the door and they are close. Whether that be through injuries or whatever, they are getting that chance to work in front of Jürgen, so they have got to keep pushing and pushing."