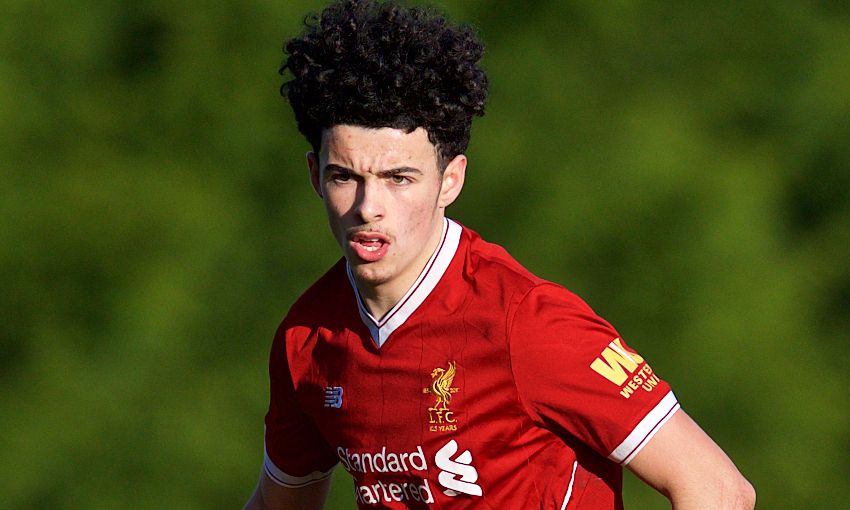 Steven Gerrard considers Curtis Jones' first professional contract a fitting reward for his progress – but wants the teenager to ensure it is only the start.

After celebrating his 17th birthday this week, the U18s forward put pen to paper on a new Liverpool deal alongside Gerrard at the club’s Academy in Kirkby.

The Reds legend took pride from seeing one of his charges reach a landmark in his career, with the possibility of a step up to the U23s to follow in the remainder of the season.

But Gerrard also cautioned that the hard work which has carried Jones to this stage must continue.

“It’s very special for Curtis and his family – and thoroughly deserved,” he told Liverpoolfc.com.

“I’m really pleased and proud of Curtis this season, for his effort and commitment to the team cause and he has added big numbers to his game. We will probably see Curtis more with the U23s now, and he has earned that.

“In terms of the day, for him it’s very special. Let’s hope he goes from strength to strength now and he sees this as the beginning.”