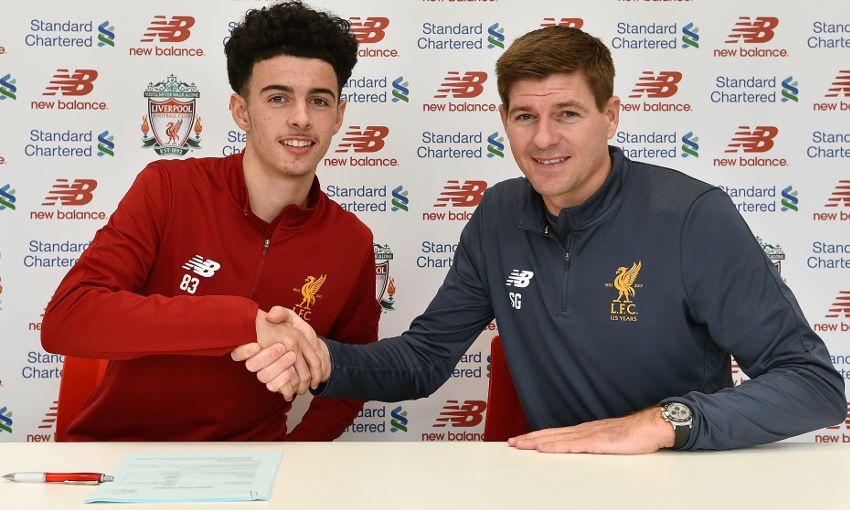 The U18s attacker, who has featured regularly for Steven Gerrard’s side this season, penned the deal with the Reds in the week that he celebrated his 17th birthday.

Liverpool-born Jones joined the club as an U9 player and has progressed through the ranks at the Academy, making his debut for the U18s last season.

The versatile forward featured in all six of the Reds’ UEFA Youth League group-stage ties earlier this term and scored four goals as the team – also led by Gerrard – qualified for the knockout rounds.

Jones was joined by the U18s manager as he put pen to paper on the contract at the Academy.