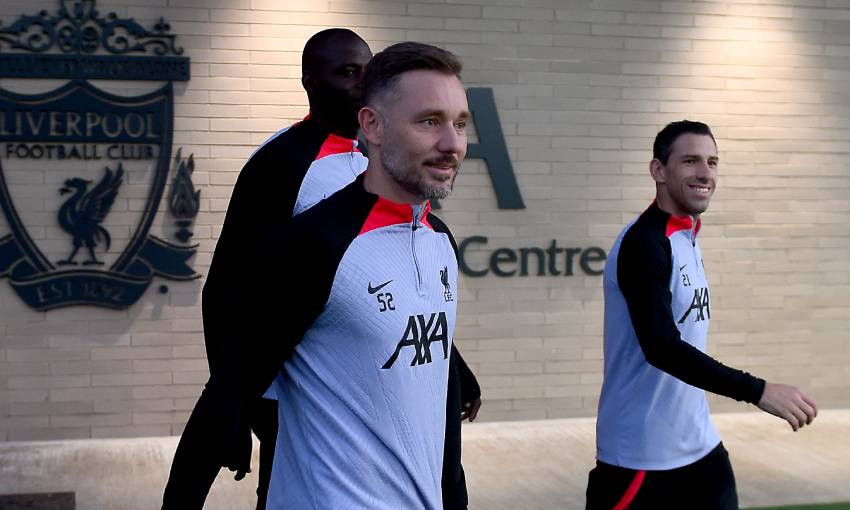 Fabio Aurelio analyses the World Cup from a player's perspective and looks ahead to Liverpool's upcoming training camp in Dubai in his latest Liverpoolfc.com column.

I'll admit, it stings badly as a player when the World Cup is on and you're not there.

I'd been part of the Brazil national team set-up from U15 level right through to the Olympics. Playing in the world's biggest football event was the next step and my childhood dream. I was so close to fulfilling this aim but injury got in the way – twice.

I was called up by Carlos Alberto Parreira for the Confederations Cup in 2003 but I couldn't go due to a knee cartilage problem. I went through two surgeries and it took around 18 months to come back from them.

The other time was in the run-up to the 2010 World Cup in South Africa. Brazil were playing friendlies against Oman and England and I felt the left-back spots in the squad were up for grabs.

I got called up but, much to my dismay, I was unable to play in those games. I had a calf injury that sidelined me for two weeks – during the fortnight I was supposed to be with the Selecao.

I couldn't have been more frustrated. I knew at my age it was the last opportunity to fulfil that aim. It was really difficult at the time, to be honest.

Honestly, even now I still think about how it would have been if I'd played at a World Cup. I'm over it now and know I did all I could to have that opportunity.

But I know how those Liverpool players not in Qatar – the likes of Mohamed Salah, Luis Diaz, Roberto Firmino, Andy Robertson and more – will be feeling. The competitors they are, I'd imagine they'll have found it difficult to watch.

You play for such a big club and then you're not playing a part in the most important football competition in the world. It's frustrating to say the least.

But you have to deal with that frustration, you have to use it as something to make you stronger.

Not being involved, for sure, brings about more motivation – even though it's hugely painful at the time. Looking at the positives, those players will be rested and desperate to get back on the pitch and compete for other trophies.

Those Reds not in action in Qatar won't be too far away from next week.

Jürgen Klopp's squad are off to Dubai for a warm-weather training camp, during which they'll take on Olympique Lyonnais and AC Milan in friendlies.

European clubs probably aren't used to a break in the middle of the season – but I think this could help some teams.

I remember I had an extended, mid-season training camp when I came back to Brazil with Gremio. It was during the Confederations Cup in 2013. We didn't go anywhere but I found it really beneficial.

I'd just come back from an ACL injury and played only a few games. It was a good time to do something like a small 'pre-season' prior to the league's restart.

And plus, getting away from the cold of England at the start of winter is always nice! The warm weather can help with the players' conditioning as well.

Of course it won't be easy to work tactically given some players won't be back from the World Cup. But it's a good time to prepare those players not involved, getting minutes in their legs with the games planned.

It's a new situation for clubs. I believe the break can play a very important part in the season ahead for the team who takes advantage of it best.

Let's hope it's Liverpool, who have the big task of Manchester City in the Carabao Cup on December 22 in their first game back.

Enda: How are you finding your retirement from the game?

Life is completely different now, Enda, but I'm doing well. I'm still involved in football, running an agency company back in Brazil. I'm trying to help, especially younger players, with the experience I got during my career. It's brilliant when I have the chance to be part of the LFC Legends games through LFC Foundation and remember how it is to feel like a footballer again.

Nick: Looking back, would you do anything different during your Liverpool career?

Hi Nick. Thanks for your question. I don't think so. I wish I had the same knowledge of myself at that time that I have now. But part of this knowledge was acquired through living through those times. I feel I did all I could to be the best of myself during my Liverpool career. I think the desire of every human being is to go back to a younger age with the experiences you have in an older age.

Thanks a lot for reading.