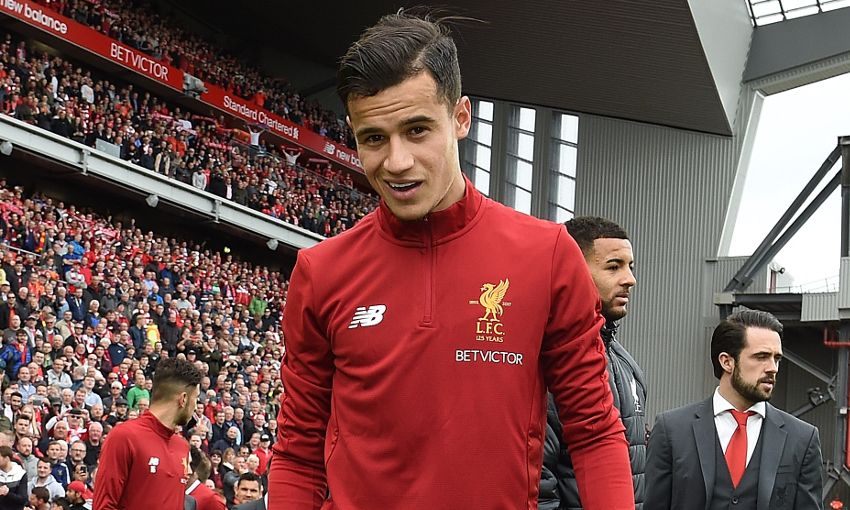 He always expected Philippe Coutinho to make an impact at Liverpool but these days Fabio Aurelio is in awe of the unpredictable brilliance of his compatriot.

The former Reds full-back departed Merseyside six months before the club concluded one of its finest pieces of transfer business in the modern era – the deal to bring the current No.10 to Anfield.

In the four-and-a-half years that have passed since Coutinho sealed that switch from Inter Milan he has blossomed from a gifted talent into a Premier League star who delivers time and again.

Last week the attacker ticked off another career achievement by captaining his country, for whom he is now an established starter, as they claimed a 4-0 friendly victory over Australia in Melbourne.

It was a fitting end to another productive season for the 25-year-old after he top-scored for Liverpool en route to a fourth-place finish that has the team one step away from returning to the Champions League.

Aurelio watched on from afar with delight, never quite knowing what Coutinho would produce in any given game but safe in the knowledge it would be of huge benefit to his old side.

“Coutinho was already doing brilliant things but this season he has just confirmed his quality. Difficult things look very simple for him,” he told Liverpoolfc.com.

“We see him improving every season. I’m keen to see what else he’s capable of doing. Obviously you cannot predict what he’s going to do, he surprises you every time. It’s amazing to watch him play.

“I thought he would do very well in Liverpool but I didn’t expect it to be so quick and so easy to adapt to the English league, which is very physical.

“The confidence he has gained in the past few years is helping him a lot and he is improving.”

Coutinho isn’t the only influential Brazilian in Liverpool’s attack, of course.

For much of 2016-17 Jürgen Klopp deployed Roberto Firmino as the spearhead of the frontline, utilising the No.11’s work-rate and game intelligence to keep the Reds high up the pitch.

The duo link up to stylish effect within the manager’s overall plan and, to Aurelio’s eye, the whole team is synchronised to the demands from the dugout.

“Firmino showed what he could do last season, in an important role in the team,” stated the ex-defender, who played 134 times for the club.

“He can do amazing things with the ball; some of the dribbles he did last season, nobody would have expected to be done, and some goals.

“He is not only a scorer but he also creates chances for his teammates. Coutinho and Firmino know each other well. From what I could watch last season, they understand very well what the coach asks of them.

“You see the team and it’s not only two or three players, the whole team has a very good mentality, they were strong physically, they were very strong in moments when they didn’t have key players.

“That’s important in competitions like the Premier League, where you have to be very consistent across the whole season. If Liverpool can keep those important players and add a few more, they will have a great chance.” 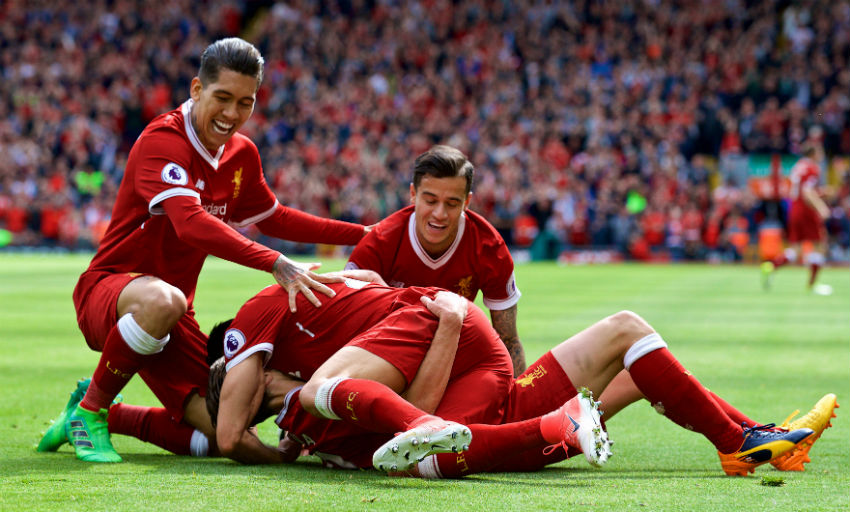 Aurelio remains a dedicated follower of the club’s fortunes five years on from his farewell, watching as many matches as possible on television.

And he is hopeful that this current Liverpool side can develop sufficiently to compete consistently in the Premier League and Champions League, in the way the team he was part of did.

“We missed Coutinho a lot when he wasn’t there, or when some of the key players were not playing the team would feel it a lot,” he said of last term.

“That is the kind of thing they can improve next season, and keep the important players. Coutinho and Firmino were very important last season.

“Now they are a team that formed last season – they were new to each other without much experience of playing together. But next season that will be different, they will be very well adapted to the club, the team and the style the coach wants to play.

“They have a great chance to become a great team. I could see in a lot of moments last season that they could do that, playing very well in most of the games.

“They need to add a few more players, to not miss the important ones during the season. With that, they could fight for what they wish for.”

Aurelio was the first Brazilian ever to sign for Liverpool but the longest-serving by some distance is Lucas Leiva, who marked a decade at Anfield last month.

The pair became teammates when the latter joined the club in 2007 and the former therefore understands the redemptive journey the midfielder has undertaken with the Reds. 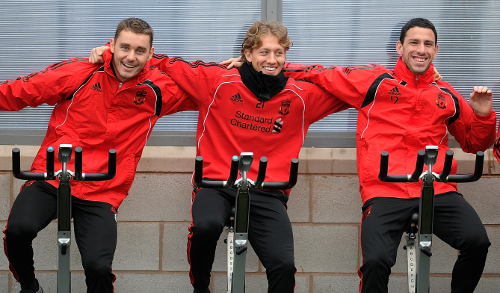 “It’s amazing – especially after the start he had at the club,” Aurelio reflected.

“I spoke to him a lot when he had just arrived, because it’s very different to play in Brazil and then swap to England at the young age he was. It’s a much more physical game.

“For me, it was a bit easier to adapt as I came from Spain instead of directly from Brazil. His position is also more difficult when you don’t have enough time to control the ball.

“He struggled a lot when he came into the team but we had confidence in him, we knew of his capabilities during training sessions. He had the confidence of the coach who bought him, Rafa [Benitez].

“It was just a question of time and his confidence during those difficult moments. He showed that he has very strong character and he swapped the situation from zero to 100.

“No-one in Liverpool could talk badly of him; he is professional, he has character in games, he is always fit to play games, he has played in a lot of positions to help the team.

“It’s not easy to be at the same club for that amount of time, especially not being an English player. He has all the compliments for that achievement.”

Aurelio: My World Cup heartache and why Dubai camp will help Reds