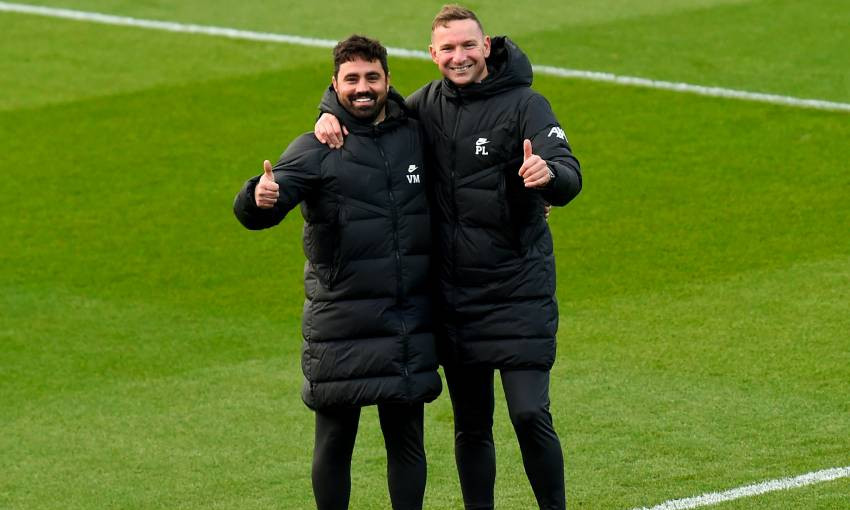 The coaching duo have strong relationships with the Reds’ up-and-coming talent, with Williams one of many youngsters to benefit from their expertise and trust.

Lijnders thrived in Academy and first-team development coaching roles before becoming assistant manager to Jürgen Klopp, while Matos joined the club to take up a youth-focused position from FC Porto in 2019.

Williams told Liverpoolfc.com: "With Pep, I think he was the U16 coach when I was 15, but I was playing a few games and I had Pep then.

"You could tell then from when I was training with him that he was an unbelievable coach. He has a massive trust in all the young players that come up, train and play games.

"And especially playing Carabao Cup games, it gives a chance for the young lads, the players who haven't played as much game time as others, a massive chance to impress not only the manager but Pep as well.

"Same with Vitor. He has helped me massively. He's been there from the first day I've trained with the first team and he had massive trust in me.

"I think those two especially, they're always watching the Academy lads – the U23s, the U18s – and whenever they see talent, they bring them up here and train."