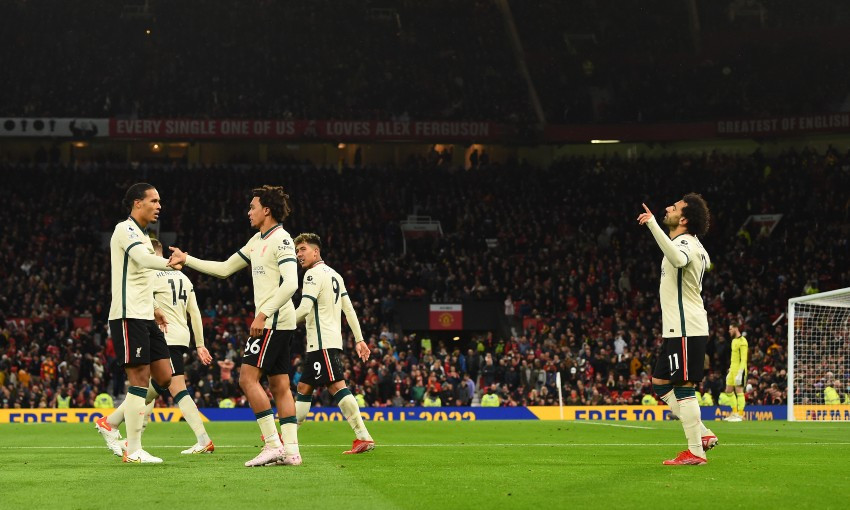 The No.11 was once again in irresistible form and his fourth treble for the club added to early goals by Naby Keita and Diogo Jota as the Reds posted their biggest-ever victory at Old Trafford.

In repeating their 5-0 success at Watford eight days earlier, Jürgen Klopp’s team became the first side in Premier League history to win back-to-back away games by a margin of at least five goals without conceding.

Indeed, only once before in the club’s exalted 129-year existence has a Liverpool outfit won consecutive top-flight fixtures by five or more, with the previous instance occurring way back in April 1935.

This season, Klopp’s men have scored a minimum of three times in all eight of their away matches. On the road in 2021-22, it’s played eight, won seven, drawn one, scored 30, conceded six. 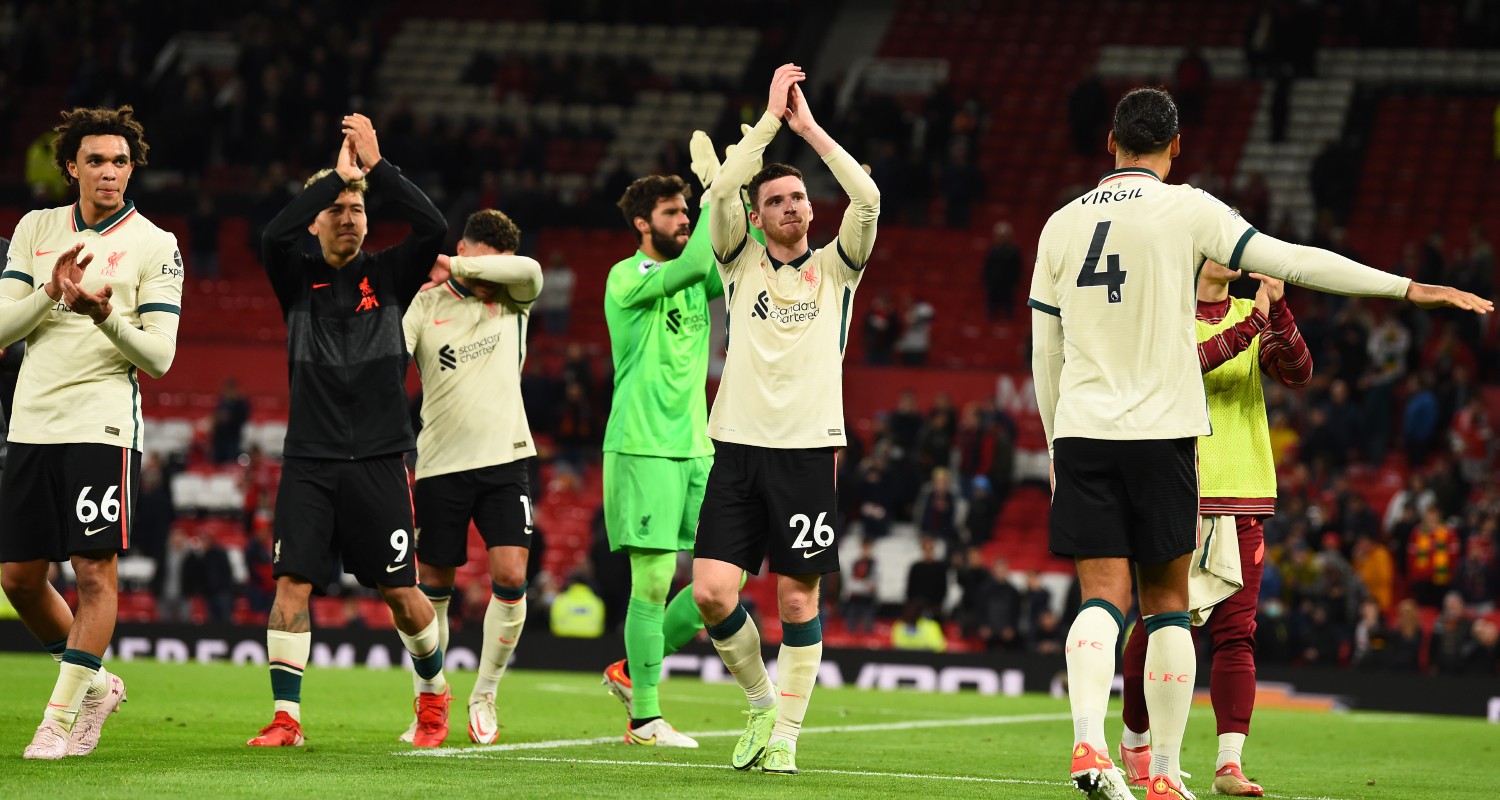 ‘The best in the world’

Sometimes it’s better to let the stats do the talking.

The victory was Klopp’s 200th at Liverpool and he is the fastest manager in the club’s history to reach that milestone figure.

It took the boss just 331 matches to do so – two fewer than Sir Kenny Dalglish, 19 fewer than Bob Paisley and 51 fewer than Bill Shankly.

The travelling Kop serenaded their leader in the latter stages of Sunday’s win and then rejoiced as he fulfilled their request for his trademark post-match celebration.

The Reds roll on

Liverpool remain unbeaten in 2021-22 and have won 10 of their 13 games across all competitions while scoring 41 times.

Overall, the Reds have gone 22 matches without defeat since early April and their run of 19 Premier League outings without losing (14 wins, five draws) is the longest ongoing sequence in English football’s top four divisions.

Next up, Preston North End in the Carabao Cup.

A week to savour

Back-to-back trips to Watford, Atletico Madrid and United in the space of eight days in the immediate aftermath of an international break?

Liverpool navigated a demanding week in supreme fashion, reeling off three hugely impressive victories and racking up 13 goals in the process.

As Andy Robertson so accurately assessed: ‘What a week, Reds!’