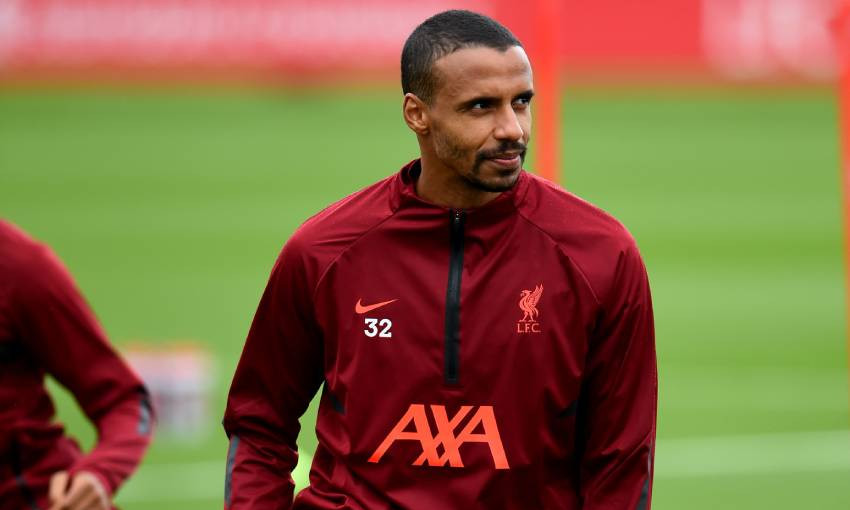 Joel Matip believes his five years as a Liverpool player have seen him forge an extremely strong bond with the club and city.

The defender is in the midst of his sixth season as a Red after arriving at Anfield in the summer of 2016 following a free transfer from Schalke.

In that time, Matip has lifted Premier League, Champions League and UEFA Super Cup titles – and puts such success down to collective and personal growth in a 'special' environment.

"I love the man" When @VirgilvDijk speaks about Joel Matip, he speaks for us 𝐚𝐥𝐥! 🤣 https://t.co/EDqQTe8ops

Speaking in the October issue of the Liverpool FC Magazine, the No.32 said: "This is my sixth year at Liverpool and, looking backwards, it feels like it has gone in the blink of an eye.

"My first league game against a strong Tottenham side was really special. Unfortunately, it was only a draw, but it was brilliant for me to feel the shirt in a proper game. It's not a great memory that it was a draw, but everybody remembers his first game.

"I am already five years here and you get connected. You feel this amazing club even if you walk through the city.

"There are so many Liverpool supporters around the world that you just feel how big the club is and how many people love the club in their own special way. You just feel part of a really special thing.

"To be in this environment helps you to grow and it has gone really well – really quickly – and now I hope to enjoy the next years here.

"I think we are in good shape and we don't have to be afraid of any team, but we have to play our football 100 per cent.

"It will be an intense and interesting season and we have a really good team. If we play at our 100 per cent level, we can beat everyone."

Matip was eagerly anticipating the start to his sixth campaign on Merseyside.

He had worked his way back to full fitness again after recovering from an ankle injury that cut short his 2020-21 season, which was played without crowds for the majority.

The 30-year-old continued: "It is brilliant, after such a long time, to have the supporters around us again in the stadiums. We were all really looking forward to having a full stadium again.

"Last season we played in empty stadiums, but now the fans are back in we can just enjoy football again.

"Playing in empty stadiums is something different. Of course it is still football, but it feels different. It feels more like football when the supporters are there. It gives us extra strength.

"When I scored [against Arsenal at Anfield in 2019] it was a completely different experience to celebrate the goal with the supporters around me than when the stadium was almost empty [for his goal against Wolves last season when 2,000 fans were allowed in]. It makes it more special.

"It is great being back in our stadium playing home Premier League games and trying to make the best out of having our fans back."