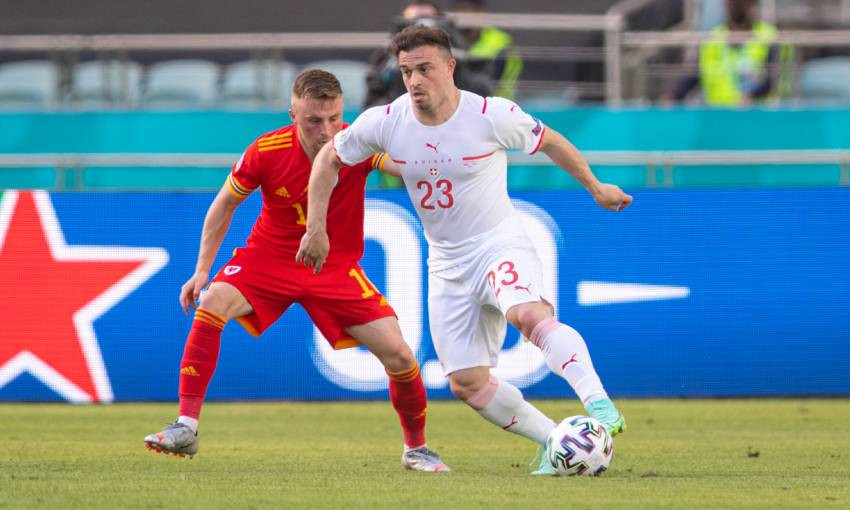 Xherdan Shaqiri provided an assist as Switzerland opened their Euro 2020 campaign by drawing 1-1 with Wales on Saturday.

The Liverpool attacker's corner was headed in by Breel Embolo early in the second half, before he was then withdrawn in the 66th minute.

But the Group A encounter ended in a draw thanks to Kieffer Moore's equaliser, with Harry Wilson and Neco Williams both unused substitutes for Wales.