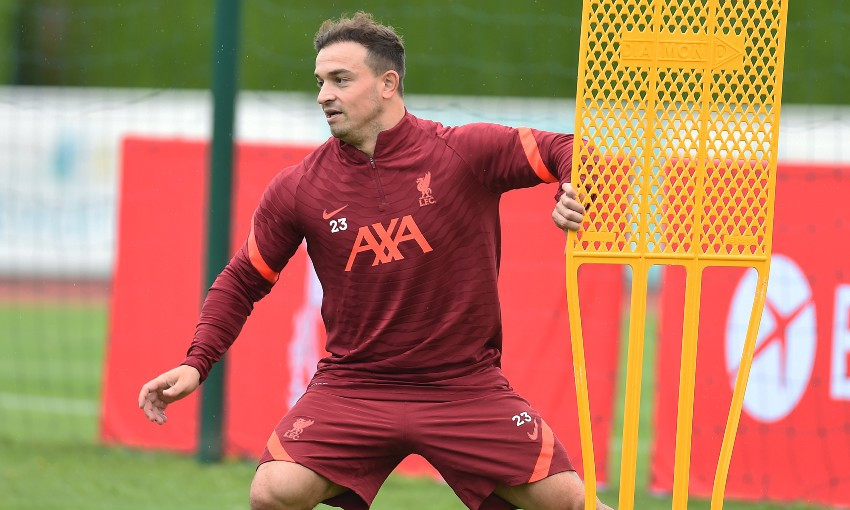 Xherdan Shaqiri is raring to go ahead of a season during which he is targeting major honours with Liverpool.

The No.23 reported for pre-season training with the Reds last week following a superb Euro 2020 tournament that saw him star for a Switzerland side that reached the quarter-finals prior to being eliminated by Spain on penalties.

Liverpoolfc.com caught up with Shaqiri at the team's base in Evian – read on for our full interview. 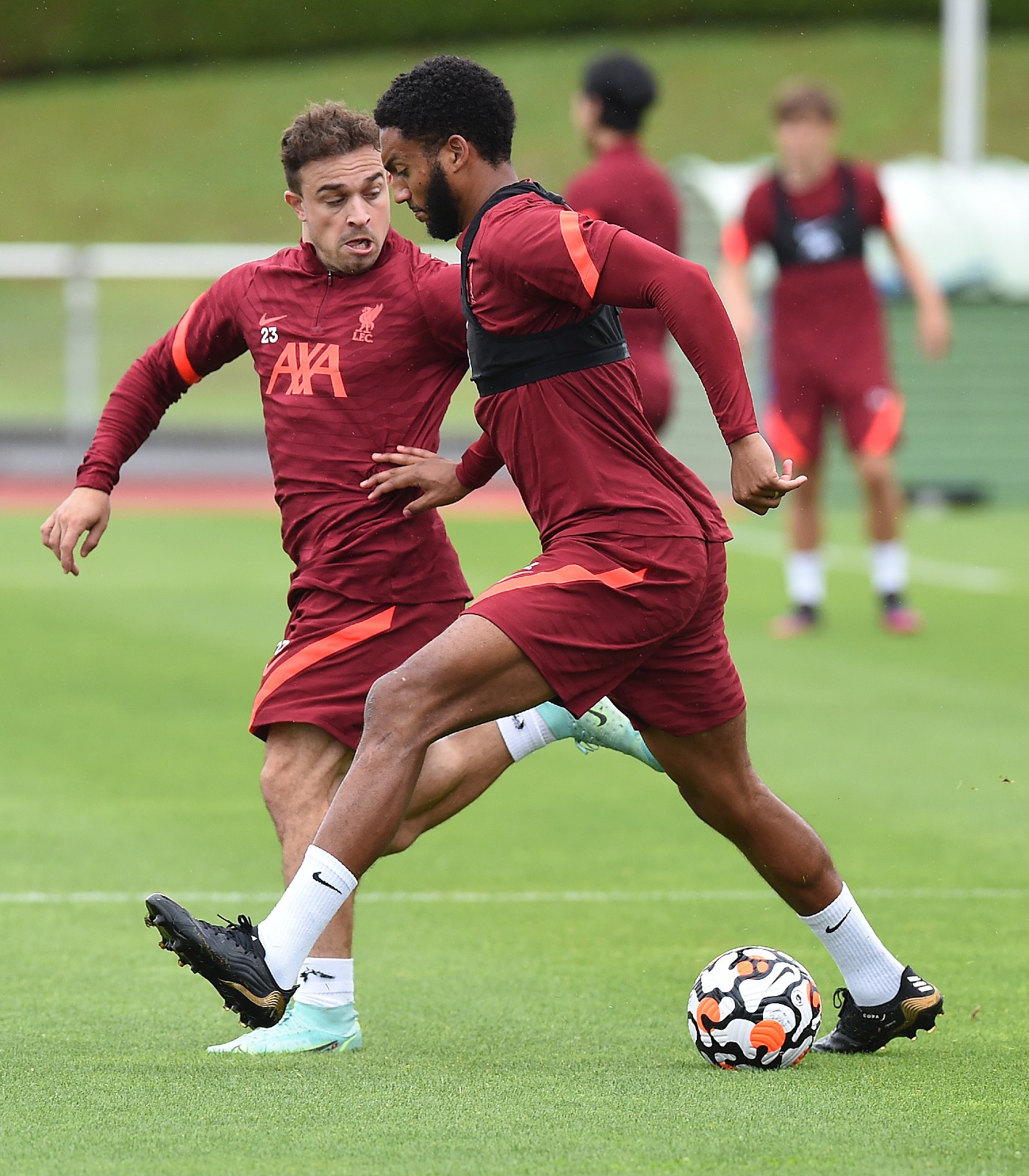 Xherdan, you're back again. How good are you feeling ahead of the start of the new season?

Good, good. I'm happy to be with the team again here. I'm looking forward to having a good pre-season and start a good campaign again.

Obviously a lot of boys have been away with their countries, you included, so it's been a staggered return to pre-season. How well do you think you've jumped back into things? You arrived a little bit later...

We had some holidays, the guys who were at the Euros or the Copa America. I'm a couple of days here and I'm trying to get 100 per cent fit again. I'm feeling good.

It was a fabulous tournament for you and for Switzerland. Have you had chance to reflect on your successes – both personally and as a team?

It was a very good Euros personally and of course with my country. It was something historical what we achieved and it's something special for my country. I'm very proud of this.

You're one of only four players to score in the last four major tournaments. How much pride do you take in that? That's quite an achievement to be that successful across such a period of time...

It says to me the hard work I do every day and with my country. I'm very, very pleased and happy and proud, of course, to achieve this kind of thing. I hope much more is going to come. 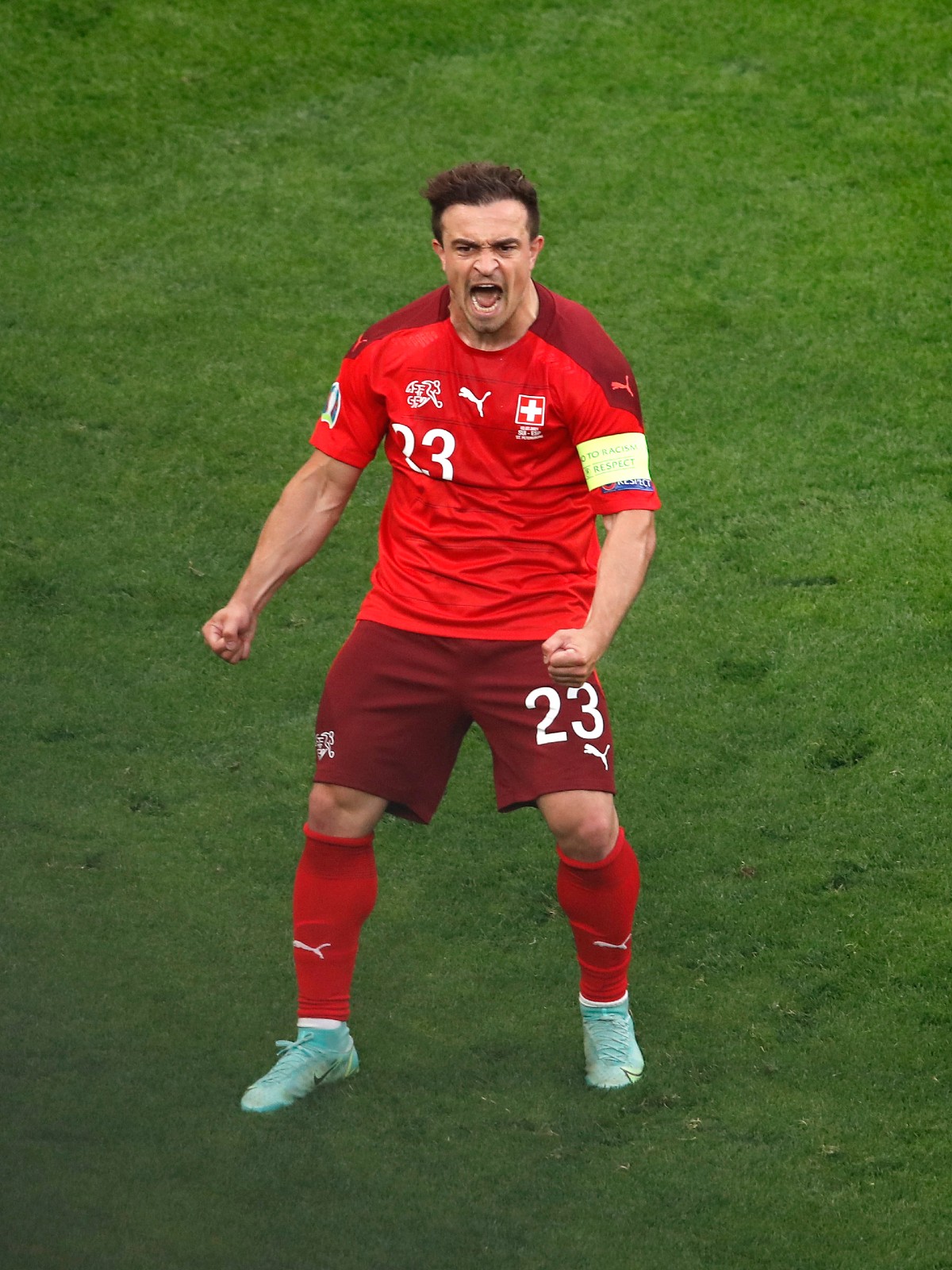 What kind of lift does that give you going into your club season?

I'm looking forward to the new season and hopefully we're going to achieve what we want to achieve with this club. Our goal is always to win, to play for titles and to give 100 per cent on the pitch. Then we will see what happens. But, of course, we're going to try everything to win.

There were so many different disruptions for the group last season. Is there a feeling this season can be very different because you've got players back, you've players fit and less of those disruptions?

Obviously we have a few players who were injured, they are back and they give us [an] extra boost for sure. The fans are going to be back again, I think, and that also gives us another boost to try to achieve our goals this season.

Having a crowd back in Anfield again, what extra percentage does it give the team?

We know how Anfield is when we have a game and how they push us through the game and how many times we won the games or we came back with the fans – something special. Of course, it's going to give us an extra boost.

Finally, it looks like it's going to be a very competitive Premier League – but do you feel Liverpool are still well equipped to be right up at the top end of the table?

Of course, yeah. We have [a] top-quality group and very good lads – this is also very important to have good characters. To achieve as a club, we need to stick together as a team. If we do that and if we give everything what we have with our talent on the pitch and fight together with the team then we can achieve a lot of things this season.