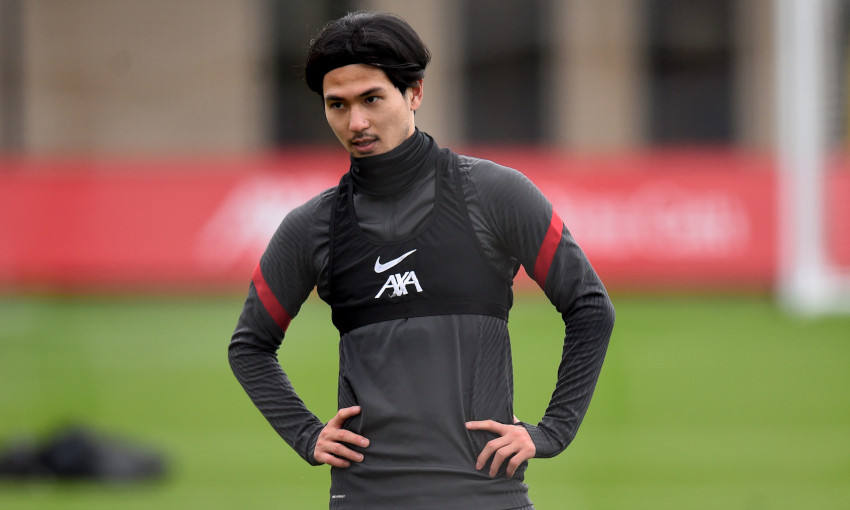 Takumi Minamino is eager to attack his first experience of Christmas football in the Premier League and strengthen Liverpool's 2020-21 ambitions.

Having opened his top-flight account for the Reds at Crystal Palace last weekend, on the first anniversary of his signing, the forward is now preparing for the run of festive fixtures.

Jürgen Klopp’s side, who moved four points clear in the last round of games, host West Bromwich Albion tomorrow before journeying to Newcastle United and then Southampton.

And Minamino wants to play his part in ensuring Liverpool head into the New Year with their objectives firmly on track.

You have been at the club for a year now. The COVID-19 pandemic and its restrictions must have been especially hard for you coming into a new country and a new language. How have you dealt with that?

A lot of people, including the manager and the staff, supported me. Thanks to them, I managed to live my life during the lockdown. Although it was a difficult time, a lot of people supported me, and in this sense, I think Liverpool Football Club have a wonderful team of people.

Next up is West Brom at Anfield – they have a new manager and will obviously be aiming to impress him. Does that make Liverpool’s task even harder?

It is difficult to expect how the team plays when they have a new manager, and it is unpredictable what happens. However, we only need best preparations for the match, and as long as we play our football we will see a good result.

How have you found the depth of quality in the Premier League since you arrived? An off day can be punished by any team...

Because all the teams are high-quality teams, that could happen. In this league, nobody will know what happens until the end of the season. Although we are in a good position at the moment, we must not relax but fight the best fight at every game.

It’s seven wins out of seven at home in the league this season. Do you always believe you’ll find a way to win at Anfield?

When we play at Anfield, I don’t know the reason, but we always feel that we can win. I don’t know why. The stadium always gives us power. It is very sad that we can’t have [more] fans in the stadium. I hope they can come back to see our play as soon as possible.

This is going to be your first experience of the Christmas fixtures in English football. Is it something you’re ready for and looking forward to?

I am looking forward to it very much. Because there are two games in a week, I will have more chances to play games and I am happy about it. We suffer a lot of injuries now, so a player like me needs to work harder for the team. I would like to prepare myself well and achieve a result if I am given a chance.

There’s obviously a long way to go but does being top of the table as we near the halfway point give you a psychological boost?

Finally, what are your hopes and ambitions for 2021, personally and for the team?

Personally, when I play a game, I will give 120 per cent and do my very best. For the team, we would like to win as many titles as possible.