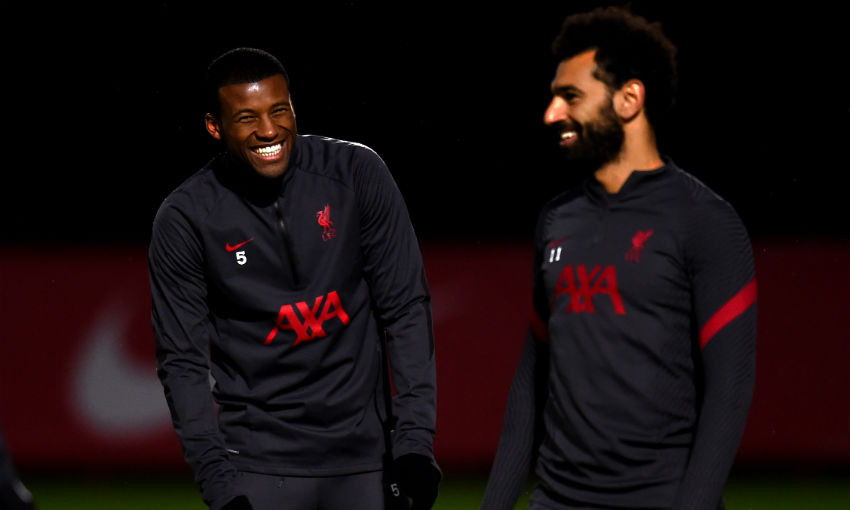 Georginio Wijnaldum has explained how he's enjoying being an ever-present figure in Liverpool's relentless 2020-21 season so far.

The midfielder has started all but one of the Reds' Premier League encounters this term, as well as appearing in all five of their Champions League Group D fixtures.

And the No.5 is ready and willing to go again when Wolverhampton Wanderers arrive at Anfield on Sunday evening.

He told Liverpoolfc.com: "Even when the physios at the club ask me how I feel and if I need extra treatment, I'm quite surprised that I'm not that tired.

"I am obviously after the game because you give everything during the game, but I'm lucky that I recover really quick and I can go again.

"What I'm trying to do is just to enjoy every game that I'm playing right now. Even when it's really hard, I just try to see the positive side of playing so many games and staying fit. To be fair, I'm quite enjoying it."

Read on for the rest of our chat with Wijnaldum ahead of the Wolves clash... 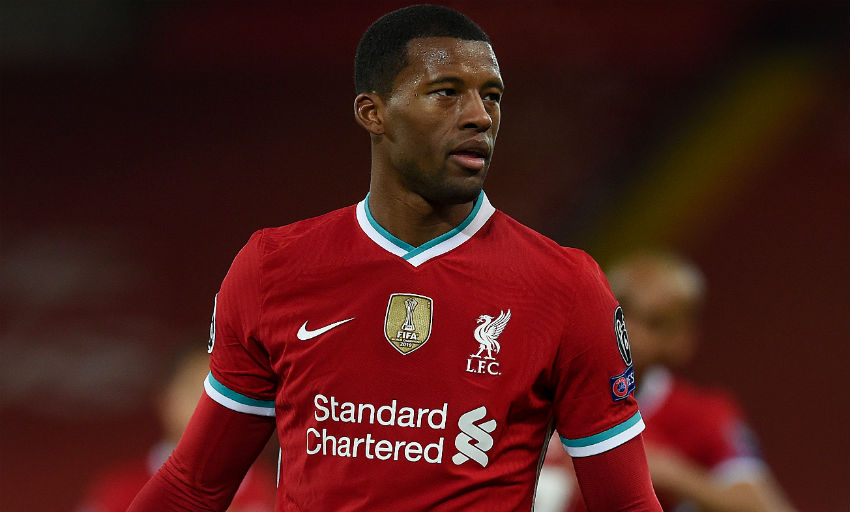 Firstly, this is the first time in what seems like forever that you're going to have supporters in the stadium cheering you on. How excited are you for fans to return?

Really excited. We already spoke with the guys about that it would be really nice if the fans come back to the stadium and we can have them in the stadium to support us because we know how vital they are for us as a team. Everyone is happy to see the fans back in the stadium.

Looking at Wolves, they've had a really strong start to the season and they beat Arsenal last weekend. It's going to be a tough test for you...

I have to say that Wolves is always a really tough test for us. I cannot remember that we had a really easy game against them. All the games we played against them were quite tough. Most of them we won but if you look at the score and how we won it, it was not with a lot of goal difference. We know how difficult it can be to play against them and especially now when they are in a good run. They only lost one of their last seven matches, so I think we will face a Wolves that's really confident, Wolves will want to beat us. So I think it's going to be even more difficult than seasons before because they're going to come here full of confidence.

It obviously brings a reunion for Diogo Jota and his former club. How impressed have you been with him since he arrived?

First of all, I think he will be really happy to play against his old team. I'm always happy when I play against Newcastle because that's my only other team [in the Premier League]. For him I think it's different because he played more seasons for Wolves than I played for Newcastle. For him I think it's much bigger than what I have with Newcastle. It's going to be a really, really big game for him and also a game he can enjoy. I'm really impressed because I already knew how good he was, but now I can see that he's even better than what we thought of him. Now we train with him, we play games with him, so we can really see what kind of player he is, what kind of quality player he is. I think he's showed it with the start he's had at the club.

I suppose there hasn't been much opportunity for you to have a rest because there have been so many injuries unfortunately. As a senior player, do you take looking out for the injured players as part of your duty?

Yes, of course. You speak with the players, with Virgil and I'm really close with Joe also. Those are two of the players I'm the closest with. With them I already had contact before they got injured, but now even more – you just ask how they are and everything. But you just try to speak with everyone who is injured at the moment and try to help them, even if it's only with conversation. You just try everything what's possible to help them because you may feel that you cannot do a lot, but I think a conversation or a text message means a lot for the players. I have to say that's also something that we stand for. If you look at the team, you can see that we are quite close and we try to help each other out in difficult situations and that's what we are doing now also.

Working harder than ever.. https://t.co/ooh7kOSxnn

On Virgil, those weeks after surgery must be very tough. Have you been calling him to check in on him?

Of course. In the beginning it was quite difficult because you don't know if you can call or it's better to leave him alone. I have to say that he makes it easier for me to call him because he was calling me most of the time and he was texting me most of the time. Normally what I did in the beginning was just a quick text message on WhatsApp that I was thinking of him and I prayed for him and those kind of things. It was also because I didn't know how he was feeling and everything, but now I see that he's quite good. He deals good with the situation, he's positive about the situation and everything. We call quite often now because I know that I can. But in the beginning for me it was a bit like, 'Can I call him or not?' because I can understand that in a situation he was in you also want a little bit of rest and moment for yourself. In the beginning it was a little bit searching for the right way to approach him. But now it goes really well.

Jordan Henderson has been nominated for BBC Sports Personality of the Year. He likes to say success is a team thing, but you must all be very proud of him...

Really proud. I think everyone at the club is really proud of him and also we are really happy to have him as a captain because the way he deals with situations is like a real leader. It's really good to have him as a teammate and beside that, he's a really good football player. He's somebody when you look at him, you think like, 'This guy is complete. He can play football, he's a good captain and he's a good friend and a good person.' Not only me, but we are really happy to have him at the club. It's really good that he's nominated for that because he deserved that kind of recognition.