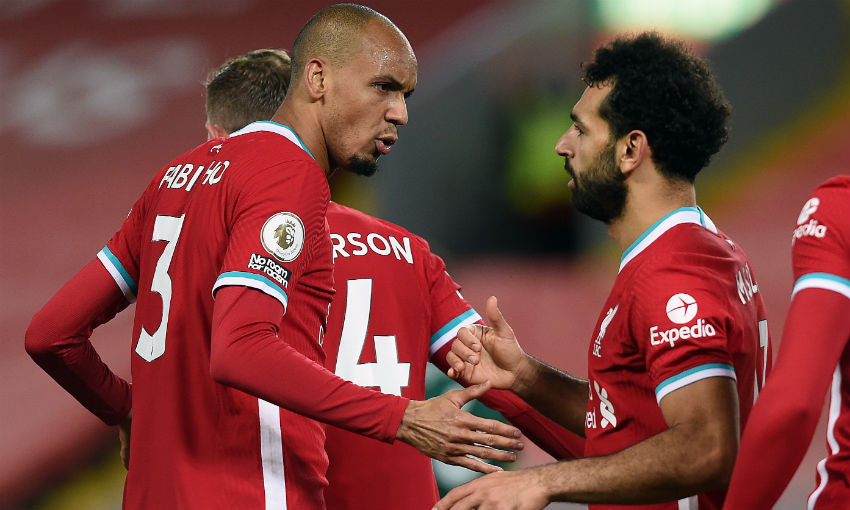 Fabinho has detailed Liverpool's hopes and expectations for the future as they look to build on two seasons of huge success.

Having followed up the Champions League triumph in 2018-19 with the Premier League title and more last term, the Reds are out to deliver silverware to Anfield for a third straight campaign.

Ensuring that hunger and determination remains deep-rooted in the squad is led by Jürgen Klopp and his leaders within the dressing room, Fabinho has shared.

Speaking in the official matchday programme, the No.3 said: "It's not easy but the manager here has already spoken to us about this.

"He said that what we've achieved at the club up until now is very important, but given the squad we've got, we can do a lot more.

"We need to forget and block out that people are saying, 'They've already won the Champions League and the Premier League' and aim to meet our objective, which is to continue winning and being one of the best teams in the world.

"Our players and the leaders in the group are always pushing each other, helping each other out, not allowing anyone to relax. That's important at this moment in time.

"Even though we're a team that has been hugely successful, we need to be pushing each other on to win more things."

In search of meeting their objectives, the Reds recruited Thiago Alcantara, Diogo Jota and Kostas Tsimikas during the summer transfer window.

The addition of such quality – as evidenced in their opening displays for the club – has been welcomed by every member of the Premier League champions.

"Our squad is very strong but we know that the signing of quality players is a plus for the team," Fabinho continued.

"Thiago's arrival will be really positive and he's a player coming from an exceptional season at Bayern Munich last year.

"He's an experienced player who inspires confidence given everything he has achieved. He can also add something to our team, something we didn't have before.

"The quality of his passing is exceptional. He's someone that receives the ball really well between the lines.

"So I think his arrival, both his and Jota's, are going to be really important for us."