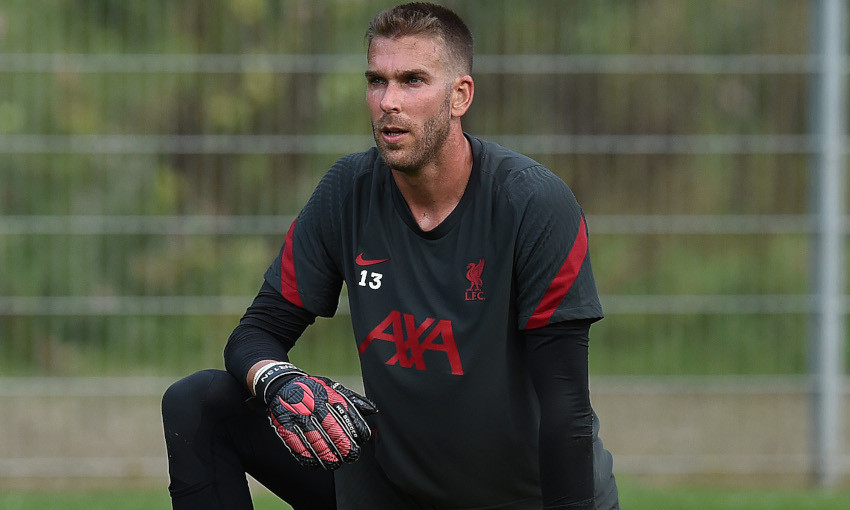 Liverpool’s players were undergoing a pre-activation session at their Austrian base when news filtered through about their Premier League fixture list for 2020-21.

The squad were limbering up for another day of double workouts at the team hotel on the outskirts of Salzburg when confirmation arrived of their provisional top-flight schedule for the forthcoming campaign.

Speaking to Liverpoolfc.com, Adrian revealed: “It was during pre-activation that we got the news.

“So everyone was getting ready before training, but checking their phones to see! It was a good feeling.

“It is like everything is coming closer and closer and closer. We now know all the fixtures from the beginning until the end, all the tough periods and the Christmas period as well. In between, we’re going to have different competitions, the cups and Champions League.

“It will be a nice season, but tough. Last season was wonderful and historical, but now we’re going to be in the present and we face a big challenge in front of us.”

Liverpool will begin by welcoming newly-promoted Leeds United to Anfield on September 12.

A trip to Chelsea follows for the champions, before Arsenal visit Merseyside.

“It doesn’t matter who the team is because the season is going to be tough, for sure,” Adrian reflected. “The first rival is Leeds at home and we have to be ready for this mentally and physically, but even before then because we will play the Community Shield against Arsenal. We are more than ready to face the big challenge of the season that is coming.

“You have to play against everyone and obviously we have a quick and hard start, but we have to be ready even earlier – on the 29th against Arsenal.

“It’s the first trophy, the first important game of the season for us, so we will be ready for sure.”

The champions started preparations for the forthcoming campaign by beginning pre-season training in Austria on Saturday.

For Adrian, who joined Liverpool in the final days before the opening night of last term, it’s a new experience, but one he is relishing.

He joked: “I’m like a boy with a new toy here, training with the lads here for pre-season! As you know, last pre-season was a bit different for me.

“To be in the dressing room from the beginning of pre-season is lovely. Everyone has the memories of last season, but we have to live the present and we are preparing very well.

“The ambition, the desire, the intensity and the pace of everyone in training is unreal, so we are going to try to go for everything.”

Adrian and his fellow goalkeepers are being well drilled by coaches John Achterberg and Jack Robinson during the sessions, with a variety of routines testing their reflexes.

“It’s nice to train with the lads to the maximum intensity and to push each other every day because, as I said, the competition makes us much better.”

Adrian and his teammates will return to action this Saturday in a friendly against Stuttgart, before taking on Salzburg next Tuesday as they step up preparations.

“It’s a friendly game, but it is the first game of pre-season,” said the No.13. “It’s like a competitive game for us against a good team and we have another one to follow, too.

“We are training well and we need to face another team to keep the level and keep improving.”