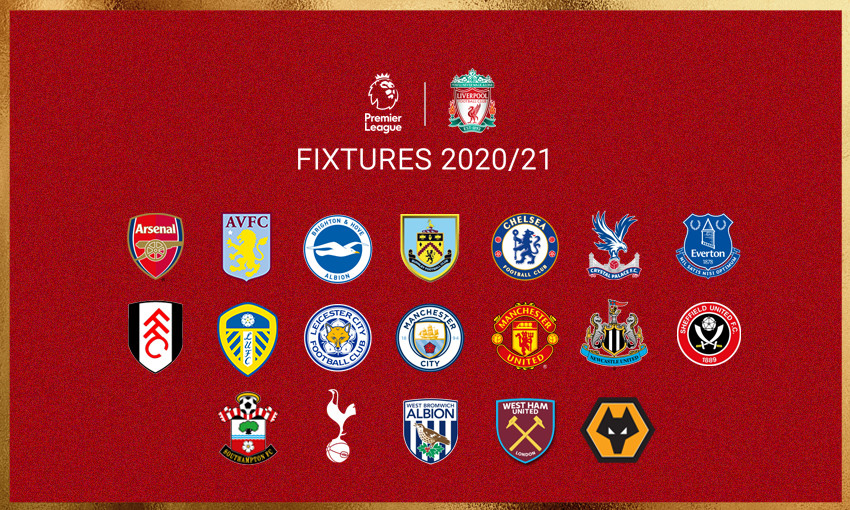 Liverpool's fixture list for the 2020-21 Premier League season has been revealed.

The champions will begin the defence of their title with a home match against Championship winners Leeds United.

Jürgen Klopp's Reds are then set to travel to Chelsea, before hosting Arsenal at Anfield as the season gets under way.

Merseyside derbies are pencilled in for October 17 (Goodison Park) and February 20 (Anfield).

Liverpool face Manchester United on January 16 (home) and May 1 (away), and take on Manchester City on November 7 (away) and February 6 (home).

They conclude the season with a home match against Crystal Palace on Sunday May 23.

See the Reds' full Premier League fixture list for 2020-21 below.

All fixtures are subject to change, with broadcast selections to follow in due course.