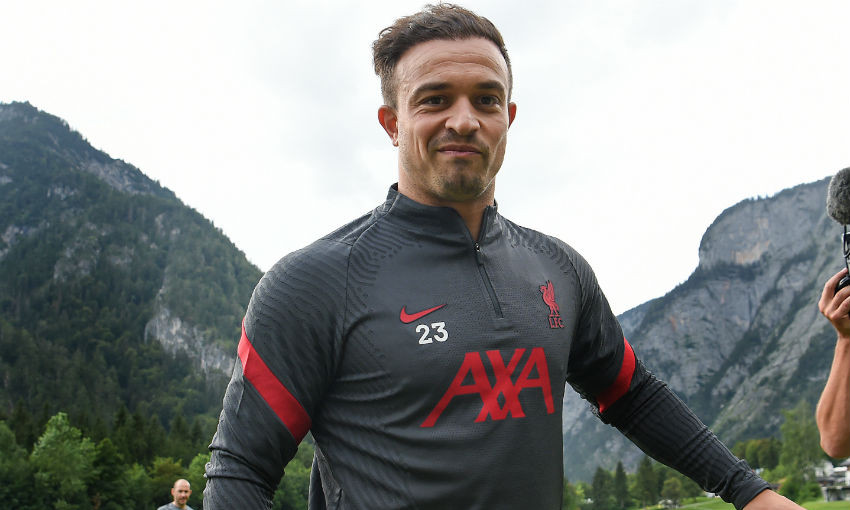 Xherdan Shaqiri has experience of defending league titles and is sure Liverpool have the required levels of hunger to go again in 2020-21.

The Reds No.23 previously won back-to-back domestic championships in Germany and Switzerland with Bayern Munich and FC Basel respectively.

After ending the club's 30-year wait for the top-flight crown less than two months ago, Jürgen Klopp's side have begun preparations for the defence of their Premier League trophy.

"Everybody is excited to play again and to defend the season we had last season," Shaqiri told Liverpoolfc.com from the team's training camp in Austria. "It's very difficult but we try to achieve again a lot of things and we want to win a lot of games.

"We have the capacity, we have the team who is still hungry and wants to win many titles.

"Of course it's different in the Premier League than others, and I had the pleasure and I'm very proud of what I achieved in Germany with these two [titles] and I know many countries now.

"But with Liverpool, to win the title last season was unbelievable, something different after 30 years for the fans and for us too.

On a personal level, Shaqiri hopes the new campaign brings about better fortune that allows him to contribute more on the pitch.

Injuries limited the Swiss attacker to just 11 appearances in all competitions during 2019-20, though he did still net in December's Merseyside derby victory at Anfield.

The 28-year-old continued: "Always if you are injured or if you are not playing, you're frustrated. But I'm looking forward to this season and trying to help the team all the time, so I have the chance to play like the first season.

"As a team, I just want us to achieve a lot of things. I think we have a lot of good players in our team, everyone can play and we try to make it very difficult for the coach as always.

"I'm trying to give my best too and to help the team to win games, titles – that's the most important thing for me."

Inside Training: Reds regroup in Austria for the first day back

And Shaqiri is fully aware how Klopp's demanding pre-season work can help him fulfil his objectives this term.

He added: "Pre-seasons are always hard but everybody is happy to be back, to play football again and to see each other – that's very important. We had a short break but now it's time again to work and everybody is happy.

"We always work hard in pre-season in the past. We know already that we're going to work very hard and I think you always [get the] benefit after on the pitch.

"We need to be ready as soon as possible. The work in the end will be worth it, for sure."